The start of Kansas State’s basketball season was going to be tough enough as it was. The No. 3 Wildcats, who opened with a victory over James Madison, are part of ESPN’s marathon of college hoops today, taking on No. 22 Virginia Tech. Kansas State also has No. 11 Gonzaga on the docket on Monday in the College Basketball Experience Classic, a tournament that could find itself with the Wildcats facing off with No. 1 Duke in the title game.If all of that wasn’t enough, Kansas State may very well go through that entire stretch without Curtis Kelly, who was benched by coach Frank Martin in the opener. The coach hasn’t spoken much about the situation, but says it’s an on-the-court issue and it appears Kelly, a pivotal senior on the young team, needs to work his way out of the doghouse.And if he’d like to help the No. 3-ranked team in the country prove it deserves that ranking.Frank Martin joined WHB in Kansas City with Kevin Kietzman to discuss playing such a tough game in Virginia Tech in the first week of the season, what he wants to learn in possibly playing the Hokies, Gonzaga and Duke over the next week, Curtis Kelly’s absence from the lineup, what Kelly’s issue is and the play of preseason All-American Jacob Pullen. 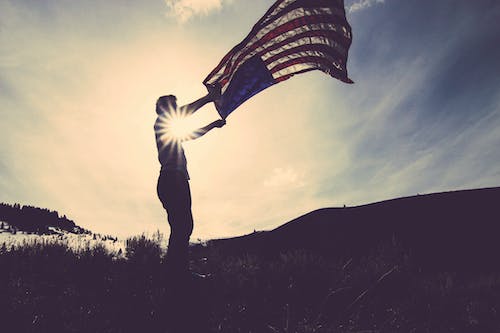 On playing a tough team in Virginia Tech right out of the gate:

“I don’t know if I’m enjoying just getting dropped right in the middle of a volcano here, but it is what it is. We’ve got a young team and we expected certain things to be a little differently at this time of the year, but unfortunately they’re not and it is what it is. We’re going to light up and it’s going to be a great challenge for our guys.”

On what he hopes to learn in potentially playing three ranked opponents in a week:

“If we can survive. I hope we’re still breathing a week from Wednesday. It’s great, it’s great. We’ve built our program. Ideally, as a coach, you don’t want to play so many hard games in such a short period of time, but truth be told, if you’re getting better as a program, you’ve got to challenge your guys. … It’s all about the Big 12. When you play in the Big 12, it’s not like you play one hard game, one easy game, one hard game, two easy games. It’s 16 consecutive hard games. Our guys have to learn the frame of mind that needs to be created for that environment.”

On not playing Curtis Kelly:

“He just hasn’t handled some things the right way and it’s something that’s been ongoing for a while and we’ve tried to correct it and it wouldn’t get fixed. Now he’s been better for the last couple days and I hope that continues. When he shows me that he’s back to having both feet on the ground and just back on the track that he’s been on for over two years, then he’ll be able to go out and play again, but that’s kind of between he and I.”

On whether it’s a basketball issue or off-the-court issue:

“Oh it’s not off the court. You can go Google whatever you want to, you’re not going to find anything. You’re talking about a young man that came in here and got a college degree last June. He’s a heckuva kid, but it’s one of those things. … I understand that my job’s about winning games, but I’m a little deeper than that. My job’s about making young men grow up and making young men prepared and I’m not going to cheat them out of that at the expense of winning a game. And then we also have a program to continue to build. We expect our upperclassmen to do things a certain way and he understands that. … He’s in practice, he’s on our bench, we love him, he’s one of us, but he had to kind of take a step back, too, for a little bit.”

On the play of Jacob Pullen:

“That’s what happens with good players when they gain confidence, the game really slows down. I have a saying which is: Run Fast, Play Slow. If you’re running, whether it’s running the court, running to set a screen, running to come off a screen, running to get back on defense, whatever, run. When the ball gets in your hands, it’s time to play, so play slow. And Jake … that’s what he plays like. It’s a combination of a good player that has put in the time and now has gained confidence. That game has slowed down. He is starting to see things that are happening two plays ahead of time and two passes ahead of time.”