After A Long Summer Of Work And Loads Of Diet Dr. Pepper, Wade Phillips Is Slimmer And Energized For The New Season

Even though he’s not yet accomplished what he was hired to do, guide the Dallas Cowboys to the Super Bowl, you’ve got to at least give Wade Phillips a modicum of credit for the job he’s done in Dallas since being hired three years ago. The Cowboys finally broke their playoff drought with a win in the Wild Card round. They couldn’t advance any further though, meaning Phillips’ job may not be secure past this season unless the Cowboys make it to the Big Game early next February. Jerry Jones can be demanding like that.Phillips joined KRLD in Dallas to talk about his impressive weight loss story this offseason, how he did it (thanks Diet Dr. Pepper!), the challenges of having an extended training camp and an extra preseason game this year, why the Cowboys decided to trade Patrick Crayton, how he feels the Cowboys have the best wide receiver group since he’s been in Dallas, just how difficult it is making the final set of roster cuts each summer, and who he’s been most impressed by amongst the lesser known crop of young Cowboys players. 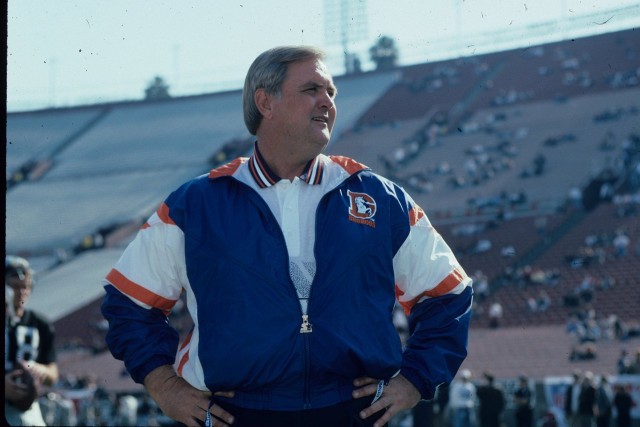 On how much weight he’s lost this offseason:

On how he was able to successfully shed so many pounds:

“Well, Diet Dr. Pepper, you know? I used to drink a lot of Cokes and stuff, and when I went to Diet Dr. Pepper, that helps some. Obviously working out, and I actually did NutriSystem some. So a combination of things.”

On what the hardest part of this year’s offseason has been for the Cowboys:

On the decision to trade Patrick Crayton – whether it was a money decision or something else:

No, I feel like now, that we have the best receiving corps that we’ve had since I’ve been here. And we’ve had groups all along. It also depends where their career’s at. I’m saying that, we had some of the same guys: we had Miles Austin for awhile, but he hadn’t played. But I think at this point, right now, we have our best receivers that we’ve had overall, so I think that’s a real strong group for us and we feel real good about it.”

On how hard it is make the final roster cuts, knowing he has to make professional decisions about young men he’s worked so closely with:

It’s hard to separate the two things. You realize how hard guys work, and how much it means to them, and then you tell them, ‘hey you don’t have a job because of ability more than the person themselves’. I mean, some guys you really, really like, and some guys you’ve had for awhile that you care about on a personal level. I mean, I think that’s part of coaching – you care about the guys who are playing for you, and playing so hard, and working so hard. So yeah, it’s not an easy thing.”

On if there’s been a player or two that has really surprised him and the rest of the Cowboys coaching staff with their play this offseason:

Well, probably the new players on our team, especially the undrafted free agents, because we had a solid team coming back and a lot of good players. I was surprised that some of these guys were able to unseat some of the veterans on our team and make the team as free agents. So, just the free agent group that we have.”

On how close he thinks Marc Colombo is to returning if ‘he had to make an educated guess’:

Well, I’m not educated on that. I really…it’s so hard to tell on injuries, and it really comes from the doctors first and our athletic trainers as to where they feel the player is. And the player himself. All the players want to get better and want to say they’re ready. And sometimes our trainers overrule it, and sometime the players overrules it and says really, I’m not ready. So, we just have to see where they are.”