Adrian Gonzalez has been somewhat of a hidden treasure playing in San Diego. While he wasn’t completely anonymous, he never got the kind of respect he deserved. This year is the coming out party for Adrian Gonzalez in Boston and if you didn’t know who Gonzo was, you certainly know now. In the offseason, the Red Sox realized they needed a big bat in the middle of the lineup and instead of holding off and getting in the Albert Pujols sweepstakes this offseason, the Red Sox beat everyone to the punch on a younger, cheaper option in Gonzalez. It looks like it was exactly the right moves for the Sox. Gonzalez is leading the American League in batting average and RBI’s, he is third in runs scored, and seventh in home runs this season. There is a lot of time left in the season, but the Red Sox offense is clicking and Adrian Gonzalez looks like the early season frontrunner for MVP. Now that he plays in Boston, he might actually get the recognition he deserves.Adrian Gonzalez joined XX Sports Radio in San Diego with Scott Kaplan to talk about whether or not things are different for him this year in Boston, how much it changes for him playing in Fenway Park as opposed to Petco Park, whether or not he still roots for the Padres, and how much getting a big contract changed things for him. 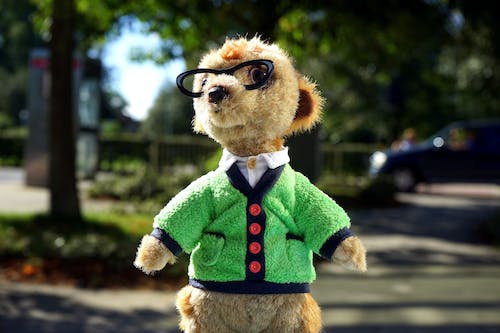 Whether or not things are different for him this year in Boston:

“No. I’m getting a lot more strikes so not really swinging at pitches out of the zone this year and not walking. With the lineup we have and the amount of runs we’re able to put up we’re facing a lot more middle reliever guys and that always makes for an easier job. We’re not facing the tough seventh, eighth inning guys. We’re facing more of the mop up guy that you get in the fifth or sixth inning from there on out towards the end of the game. When you have a big ten run lead a lot of times you get that extra fifth or sixth at bat and you end up getting that second hit. It just turns your whole day around.”

How things have changed for him playing in a hitter-friendly park this year:

“I think it does just because you know that you can get beat and muscle it to left field and get rewarded for it. That just makes it be so much more confident when you’re at the plate because you don’t have to worry about pulling the ball, you just think I’m going to back this ball up and hit it to left center, and if it happens to be an off-speed pitch I’m gonna catch it in front and get a single to right field. I’m just trying to back everything up and think left-center.”

If he still roots for the Padres:

“I’m pulling for them and rooting for them every day, hoping they win. Things haven’t played out I’m sure the way they wanted them to. I know everybody is excited about Anthony Rizzo being there and all that so I’m just hoping they turn it around for the second half.”

How much fun he is having with his new team:

“I’m having a great time, definitely. You still have the big series and the big games in San Diego. Every win counts the same here or there. Last year was an incredible run in San Diego, but unfortunately we weren’t able to pull it off. This year it’s a great team that I’m really enjoying. I’m having a lot of fun here and I know that for us here, the mentality is we’re trying to do the best we can to put ourselves in a position to go deep into the playoffs once we make the playoffs. It’s one of those things where you just try to strive for that mentality every day.”

Whether or not getting a new contract has changed things for him:

“No I don’t think it does. I think it just depends how you take it. A lot of people think once you sign a big money deal you have to produce, you have to do this or that, or do certain things different. For me I’m just really grateful and go out to be able to have this kind of security. The way I approach the game, the way I prepare, the way I do everything is exactly the same as it was or has been for the last five plus years playing every day. The way I prepare, the way I go about things, and the way I do things is exactly the same. From a playing standpoint it doesn’t change anything. You just try to do the best you can every day and try to help the team win, not focus on statistics or anything. The only thing to focus on is trying to help the team win and get to the playoffs.”