The free-agent signing of Albert Pujols by the Los Angeles Angels was a huge shocker on Thursday, even if it was eventually overshadowed by the Chris Paul/NBA debacle. Even Angels manager Mike Scioscia says he was surprised, because just about everyone around the Angels organization thought Pujols was out of the picture.  Instead, the team signed not only him, but left-handed starter C.J. Wilson to what now has to be considered a team that is among the favorites to win the American League.Mike Scioscia joined ESPN Radio Los Angeles with Mason and Ireland to discuss being surprised by the team landing Pujols, what was different this time around that allowed the Angels to sign the big-time free agent, grabbing C.J. Wilson as well, if the bullpen still needs to be addressed, where Pujols will hit in the batting order and the status of Kendry Morales. 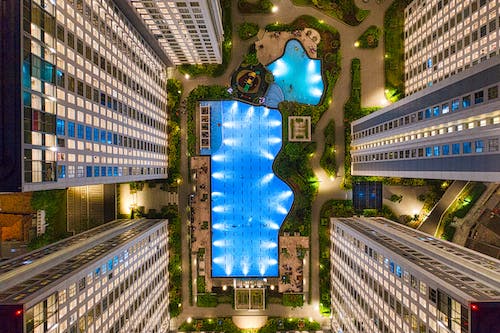 When did you get a sense that this was likely?:

“You go through free agents and the only way that Albert Pujols was used in any context was the fact that he’s a free agent and, my God, he sets up any team in an incredible way. Really, that was it, because I think everyone thought that he was going to be out of what we were going to be able to do. Arte Moreno, he just stepped up and went after it. Really, none of us had any inkling until this thing was almost done that it was even close. We got a lot better, that’s for sure.”

You guys have been close to landing big free agents the past couple of seasons, but didn’t get them. What was different this time around?:

“There was one thing for sure, that made it different, especially with Mark [Teixeira], was the fact that Kendry Morales was in waiting. … If Kendry Morales is healthy, he can put up numbers that are comparable to what you see Albert Pujols doing. … You see a player like Albert Pujols come along once in your generation and I think Arte recognized that.”

What are your thoughts on landing C.J. Wilson?:

“We’re thrilled to get C.J. He gives us a little balance being left-handed. Also, he’s kind of a pitcher just coming into his own and has a lot of life left in his arm. … He’s evolving as a pitcher, figuring out or finding things that he can do. He was very tough on us last year, had a couple terrific seasons with Texas. We’re definitely happy to add him to Ervin Santana, Dan Haren and Jered Weaver to give us a deep rotation that’s going to give us a chance to go out there and win tough games every night.”

Is the bullpen the one area that still needs to be addressed?:

“We signed LaTroy Hawkins and he has a lot of versatility. He’s a guy that can come in and pitch the fifth and sixth or he can pitch the seventh and the eighth. He’s a power right-handed arm and he knows the league, has been around. He’s a veteran presence and he’s definitely going to come in and make good pitches. … You always would like to have more depth. … I think that some of this evolution … is going to be the growth of some of our younger players.”

Have you started to think about where you would hit Albert Pujols in this lineup?:

“Oh yeah. I really just got the news before I boarded a plane [Wednesday] to come back here to California and had  a nice three-hour trip doing a lot of doodling and mixing with lineups. He hits third, no doubt about it. He’s a special type player that you want to set the table because he’s going to get on base also. … The only reason you’d move him to fourth is if the guys up top aren’t quite doing what you want and you want to get another table-setter ahead of him. … The biggest thing is who’s going to hit after him, and this is where Kendry Morales is important. That left-handed bat behind Albert Pujols is going to make things go.”

Is Morales going to be ready for opening day?:

“It’s definitely too soon to tell, but we’re very encouraged in how he’s been swinging the bat. … We’ll see. At the very least, if this guy can DH for us, it’s very important to our team.”