49ers GM Trent Baalke: “Prepared for Anything” with Michael Crabtree; “Going the Distance” with David Akers

As the Super Bowl countdown continues for Baltimore and San Francisco, two big potential issues facing the Niners that you’re sure to hear a lot about between now and next Sunday involve Michael Crabtree and David Akers. Crabtree has been questioned in a sexual assault investigation, while Akers has missed more field goals than any kicker in the NFL this season.Trent Baalke joined Bucher and Towny on 95.7 The Game in San Francisco to discuss his team’s resolve against the Falcons in the NFC Championship, the play they’ve gotten from Colin Kaepernick, not becoming one-dimensional when trailing in Atlanta, David Akers’ struggles, Michael Crabtree’s legal situation and the difference between these teams since their last meeting. 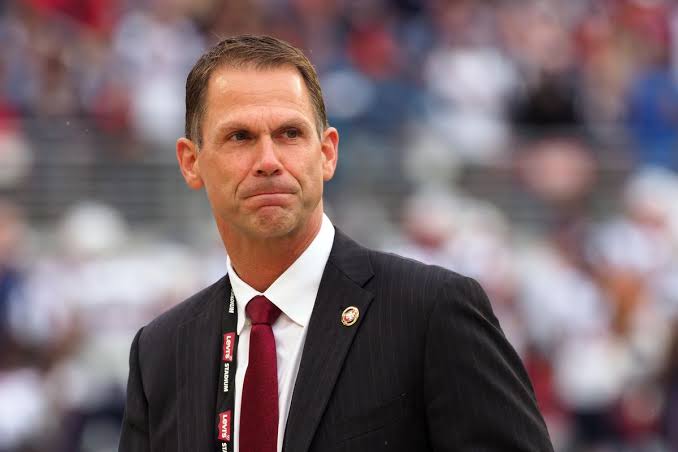 On never feeling as though his team was out of it despite falling behind 17-0 in the first half Sunday in Atlanta:

“Once we got that first drive and scored, we started to feel a little momentum coming our way and just rode it from there. But never at any point did we feel out of that football game.”

“It’s awful gratifying. It’s early in this guy’s career. Colin’s a young guy. He’s got nine games under his belt at this stage. But Coach and I were talking about it this morning, and a lot of credit goes to Coach on this as far as the evaluation process, he saw a lot of things in Colin that are starting to come out and was always a big supporter once he saw the film the first time. And certainly, once we got a chance to meet him and work him out in Nevada, it was a young man that Coach really saw some real rare traits within, and really wanted to work with him.”

On how important it was that they didn’t become one-dimensional while trailing by a wide margin in Atlanta:

“I think it’s critical, I really do. I think it’s tough to win football games in the National Football League when you’re one-dimensional. You have to have the ability to run and you have to have the ability to run when they know you’re gonna run the football. That’s when it’s important, because that can really demoralize a football team, knowing that you’re going to run and knowing that they have to stop it but can’t. And that’s when you can impose your will on a team, and this is a football team that’s been able to do that. We’ve been able to run the football well, and a lot of that goes to our coaching staff, with the schemes that they’ve put together, as well as the players themselves that go out and execute at a high level.”

On David Akers, who has struggled lately and missed a 38-yard field goal in Atlanta:

“David’s our guy. We got here with him, we’re going to finish this thing with him. Unfortunate that two inches to the right and that thing’s through. Look at what he did on the kickoffs … All of them were into the end zone deep. His leg strength is back. Guys, it was a fraction of an inch. … But he’s our guy. He’s gotten us this far and we’re going to go the distance with him.”

On Michael Crabtree’s status, in light of the fact Crabtree’s been questioned in a sexual assault investigation:

On the difference between this game and their loss to Baltimore in 2011:

“There’s a lot. Certainly we’re not flying halfway across the country or all the way across the country on a short week. We’re not coming off of a lockout where we didn’t have the preparation that you would normally have. And not making any excuses, they outplayed us on that night, but the makeup of the team, offensively, what we’re doing today versus what we were doing then, has changed significantly. … The roster’s been rolled over a little bit — theirs and ours. We’ve endured some injuries — both rosters have done that. So there’s a lot of differences and yet there’s some

Turtle From Entourage Talks About Tom Brady And CC Sabathia