Yahoo! Investigative Reporter Charles Robinson on Jason Whitlock: “He is a Coward, and I have no Problem Saying That.”

You’ll all remember Yahoo! investigative reporter Charles Robinson as the man who penned the story surrounding the Miami Hurricanes and booster Nevin Shapiro. Robinson didn’t stumble upon the salacious, scandalous story by accident either; he spent the better part of a year talking with Shapiro, obtaining federal documents, corroborating stories and tracking down witnesses and the accused.Well, on Wednesday, Fox Sports columnist Jason Whitlock attempted to bring all of that down in one foul swoop. Whitlock not only attacks Robinson’s story and his journalistic principles, but attacks Robinson personally. Robinson answered back with the following interview.Charles Robinson joined KCSP in Kansas City with Nick Wright to discuss his reaction to Whitlock’s column, the hypocrisy of it, defending his stats, the argument that the story can’t be right because it doesn’t include drugs, why he included the part about the abortion and what he thinks when Whitlock essentially accuses him of being racist. 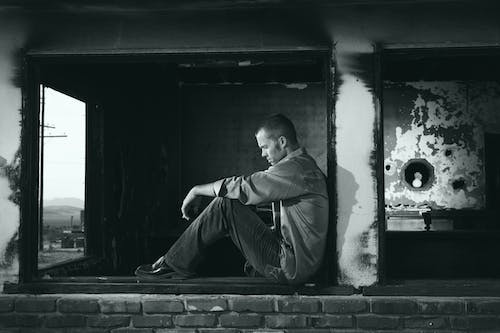 Your thoughts on Jason Whitlock seemingly backing your guys’ work in talking with a criminal and breaking the Kansas University ticket scandal but then him tearing you down for taking the word of felon Nevin Shapiro in the Miami story:

“That’s one of the first things that jumps out. A year ago, myself and two other reporters … did a piece on the KU ticket scandal. And the spine of that report had to do with statements that were made by a man who was eventually convicted and went to jail for his role in various schemes. … Jason Whitlock could not be happier about that story. As Jason likes to say, ‘We were doing the damn thing.’ … It was interesting to me that he loved that story so much, but this one, Jason has constantly railed on me  personally as just taking the word of a convicted felon and a guy who ran a Ponzi scheme. … According to Jason, particularly when you get to the end of the column, he basically says, ‘Well, there’s no proof in this story.’ … I would like to know what reporting he did on this story because, yeah, you know what, I have a lot of human stories on that story. A lot, 11 months worth. … And by the way, Jason Whitlock, in five years, has taken some significant shots at me personally. On the heels of the USC case, he once used the phrase ‘NCAA slave catchers’ to refer to the work that myself and another reporter had done. … He took some fairly broad swipes after we ran our Will Lyles piece. … And then this. And I want to tell you something, when I wrote what I wrote on Miami, every single person there is an allegation against in that story, I reached out to every single one of them. I called them, I emailed them, I tried to reach out to them through friends, I left messages on their Facebook page. … In five years, I’ve never gotten a single call, a single email, a single Twitter message, nothing, from Jason Whitlock. He is a coward. And I have no problem saying that. He comes after my personal integrity as a reporter. I stand on my record. Yahoo stands on its record. And I have no problem saying that. I spent 11 months getting it right. He spent 11 seconds deciding it was wrong.”

What was your reaction when you read Whitlock’s arguments that your stats were about desperation?:

“The stats reveal 11 months of reporting. He can say whatever he wants about, it’s all the poisonous tree and it’s all Nevin Shapiro. You know what? The documents we got, we got from the federal documents. The federal government sent me those documents. Nevin Shapiro can’t send those from jail. … Eight players ruled out multiple games. One guy gets six games. Two guys get four apiece. What, another five get a game. That’s eight guys named in the report who all have been found to have received things from Nevin Shapiro. Another five on top of that also found to have received things from Nevin Shapiro, however, are not suspended because it was less than $100 in value. None of that matters…”

“This is funny to me because he accuses us of being reckless … and yet, essentially, in the same column, Jason Whitlock says, ‘Well, there must have been drugs. This guy must have been doing drugs.’ … Based on what? A feeling? Jason Whitlock feels like there must have been drugs. … Nobody I spoke to, 21 people involved in implicating players, themselves, corroborating parts of Nevin Shapiro’s stories … not one ever said, ‘There were drugs at this party.’ … We took 30 names out of the story because nothing could be corroborated.”

Why did you feel like you needed to include the information about the abortion?:

“Here’s why, because, number one, the abortion, as an illustration, it shows the lack of boundaries for Nevin Shapiro. It wasn’t just, well, this is a guy who’s given some guys a ride on his yacht or he’s given us some drinks at a club. I think the abortion is a very fair illustration of how this went well beyond the norm, the booster who gives the hundred-dollar handshake and says, ‘I just want to take care of you.’”

What’s your thought when you read a guy with a big audience essentially call you a racist?:

“It’s race-baiting. I feel like it’s race-baiting. As you said, he’s used racially charged terms in reference to me before. He called the whole Miami story a lynching. He doesn’t know mean. … This is a human being who’s never spoken to me once in his entire life. It’s ridiculous. It’s unfathomable how he can just loosely throw that out and not be called on the carpet for it. And I’m the irresponsible one… It’s absurd, absolutely absurd.”