Will Sheridan Talks About Coming Out, Cyd Zeigler feels “We’ll look back to 2011 as the year sports changed forever.”

Will Sheridan is a former Villanova basketball player that revealed he was a homosexual collegiate athlete. Cyd Zeigler is the co-founder of OutSports.com, a website chronicling the progression of homosexuals coming out in all levels of team sports and the media. The following interview done by WQAM in Miami will be a very different experience for the casual sports radio listener. The combination of Sheridan and Zeigler bring about analysis and first hand experience of what homosexuals have felt and experienced in regards to coming out with their sexuality while playing sports. There will always be the perception that athletes at any level will not be okay with having homosexuals as part of their locker room, but in the following interview, you’ll come to find out that the gay community has made significant progress in the sporting world and there looks to be promise for the future.Will Sheridan and Cyd Zeigler joined WQAM in Miami on the Michael Irvin Show to discuss the progression of professional athletes coming out and letting the public know they are homosexual, Will Sheridan telling his teammates he was a homosexual while playing at Villanova, Sheridan sharing his high school playing experience knowing he was a homosexual, the African American community being resistant to homosexuality and the progression of homosexuality in professional sports.I think we are starting to see a seismic change in the gay community in sports? 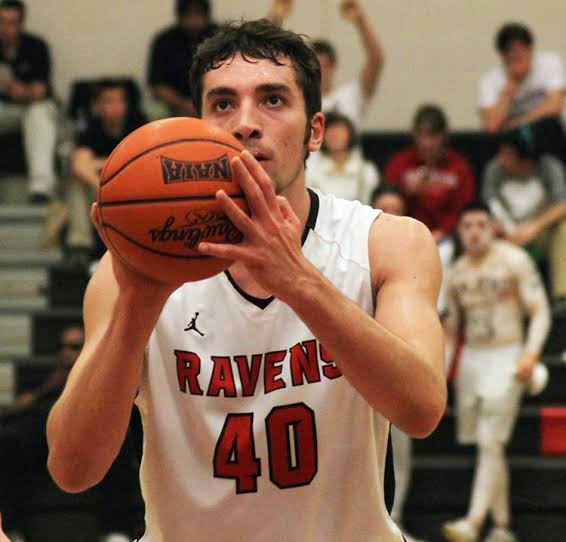 What does it mean to you for guys like Rick Welts to come out and share who they are?(Cyd Zeigler) “For me it demonstrates what we have been talking about at OutSports.com for years now. That you might be seeing the cracks now, but sports has changed. It changed years ago. It is more acceptable to be gay in sports now than it is to be homophobic. You look at the public reaction, David Stern’s reaction, the commissioner of the league, the president of the Phoenix Suns, the star of the Phoenix Suns. You look at the reaction of the President of the team [Phoenix Suns] coming out of the closet. It has been overwhelmingly positive. At OutSports for the last ten years every single time an athlete in high school, college, or the pros or anyone a sports reporter, a coach, anybody who has come out of the closet… They have been received with open arms and I always ask them have you had a single negative experience from coming out of the closet? They say no. They say all of their teammates apologized for any negative things they’ve said in the past. They said they were totally embraced by their teams. If you hear Will [Sheridan’s] story it’s the same thing.

He knew they were okay with it. He was a beloved part of the team. Sports changed a long time ago. People are still clinging to the idea that it’s the way it was 30 years ago and it’s just not.”Talk about telling your teammates that you were gay while playing at Villanova?(Will Sheridan) “I think over time I developed relationships which is really important for team building and being successful, which we were. Over time I developed relationships where I felt comfortable sharing, but most times I was met with embrace and basically they were like ‘Oh we already knew. Thanks for telling me.’ I gained the respect of my teammates and the fans and of the sports world by playing great basketball, by being successful. That’s the only reason they respected me and then on top of that I was a good person. It wasn’t difficult.” Let’s go back to high school and explain what your experience was like? Did you portray yourself as heterosexual? What was that like? Did you know you were homosexual and did you worry about coming out?(Will Sheridan) “Okay so first of all I knew before high school. I had an idea of my attraction to men of course, but in high school I was the star basketball player. I was institutionalized to be a straight male.

We grow up. We play sports. There’s girls. They are pretty. We date them. That’s basically what it was. For me I had girlfriends. I had girlfriends. It seemed like the normal thing to do. I was trying to go to as many proms as possible. At the end of the day you’re sitting home you’re with yourself. In your mind you’re thinking ‘Oh how is this ever going to work? Is this going to go away?’ I think with gay youth they’ll find and with adults as well they’ll find you’ll go through phases. You can’t really identify what it is. You’re curious then you identify it. You may or may not hate it in yourself. Then you have to get over that hate, then you learn to love yourself and when you project you love yourself, other people have no choice, but to be attracted to that energy that you are giving out.”In your experience do you feel that the African American community is harder on homosexuality?(Will Sheridan) “I believe that black people…it’s a generational thing. I say black. You say African-American. I feel as though the Black community is harder on the gays because we have a stronger tie to the church. It can tie back to slavery and us having faith and getting over here and relying on family and church to get us through all types of movements and us progressing as people in culture. We have a higher hold on church and those values that dictate us. In the Black community it is something that is not talked about and shunned upon. I have experienced that, but I try to continue to be me regardless of who I am not in approval with. “Moving forward what would thrill

the homosexual community next in professional sports? What is next in terms of progression?(Cyd Zeigler) “Well lots of people talk about an active professional athlete in the big four sports coming out, but to me that is not even the goal here. The goal is to continue to get more voices. This year…I think we’ll look back to 2011 as the year sports changed forever with the number of athletes to come out of the closet. We had 25 people in sports already come out of the closet this year, but more importantly the number of straight people in sports, whether it’s Sean Avery or Steve Nash, all these guys, David Stern, all of these guys standing up together and saying it’s not okay anymore. Charles Barkley this past weekend said he supported gay marriage. I support gays in sports. To me the continuation of this avalanche of people saying enough is enough. That’s the importance of this year I think.”Listen to Will Sheridan and Cyd Ziegler on WQAM in Miami hereTags: Homosexuality In Professional Sports, Michael Irvin Show, Will Sheridan and Cyd Ziegler, WQAM in Miami