Will Paul Westphal Be Coaching in Sacramento or Anaheim Next Season?

On April 13th the Kings might have played their final game in Sacramento. Arco Arena has been filled with some very memorable moments in the regular season and in the playoffs, but if it was their last game in Sacramento, it was a great way to go out. Despite getting down 20 points in the fourth quarter the Kings fought hard behind a raucous crowd that stood nearly the entire fourth quarter and it took the heroics of Kobe Bryant once again to send the game into overtime and hand the Kings a loss.When the final buzzer sounded, thousands of fans refused to leave their seats, doing everything they could to protest the franchise’s possible move to Anaheim. There were pictures taken, there were tears shed, and there were booming chants of “here we stay” that filtered through the arena. If that was the final game in Sacramento, the city of Sacramento represented themselves well. 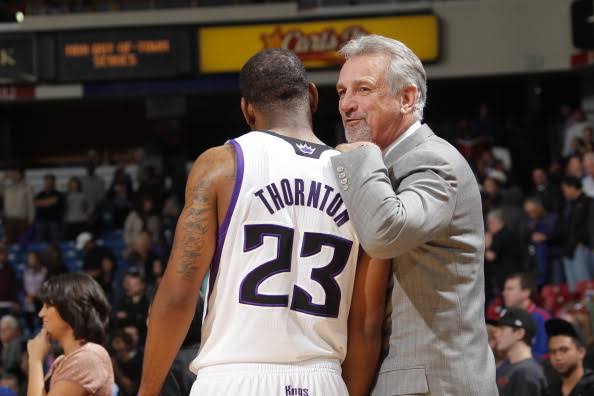 Paul Westphal joined KHTK in Sacramento with Grant Napear to talk about the emotions during the final game for the Kings in Sacramento, what he will take from the season, how difficult it can be to coach a guy like DeMarcus Cousins, and what is next for him now that the season is over.

What he will take from the season:

What his emotions were like playing the last game in Arco Arena:

“I don’t know if I can take you through my emotions the whole way. I was concentrating on the game and certainly when we were down 20 I was just hopeful it wouldn’t end like that. When we started coming back, kept coming back, and the place got crazier and crazier, there was no way of ignoring how monumental what was happening could be and in fact was. Even though you try and divorce your emotions from anything that goes on while you’re in the game it was overwhelming what was happening.”

How his exit meeting went with DeMarcus Cousins:

“It was one of our longer exit meetings. He knows how talented he is and he has been having people telling him for a long time if you do this if you would just stop doing that. He has heard that, but we needed to tell him that again. Geoff (Petrie) and I sat in the meeting and talked about his conditioning, his work habits, his learning to leave the officials alone, and all the things that people can see or can’t see about what DeMarcus needs to do to really take a step into the stratosphere as one of the best players in the NBA. We leave him with the understanding that we will do anything that he will let us do to help him get there and that ultimately every step that can be taken has to be taken by him. No person can make another person push for and strive for every last ounce of potential turned into achievement. That has to come from inside and we challenged him to let everything he’s got in him come out so he can look back at his career and next year without any regrets.”

On whether or not they will be able to talk to the players more before a potential lockout:

“No we will for sure. Certainly we educate players. I have experience directly from players during a prolonged summer vacation who let themselves go and really ruined their career. Certainly tell all the precautionary tales we can to the players about how important it is to treat this like a job everyday and that their livelihood depends on their physical conditioning and how seriously they take their improvement. Just staying the same is not an option because if you do that somebody is going to pass you up. We have those kinds of conversations and stay on the players about that.”

Charles Barkley: Shaq Is Interested In The Orlando Gm Job And Will Interview Soon