Every once in awhile I come across an interview on sports radio and I get a bit giddy.  Never typed that word before, but it’s apropos in this instance.  Growing up in the 80′s, two of my favorite movies were “The Karate Kid” and “The Outsiders”.  Those movies have one thing in common – the legendary Ralph Macchio.  No one could have played Daniel Larusso any better than Ralph Macchio.  Any kid from that era that says he didn’t practice the crane kick or try to catch a fly with chopsticks is full of crap.  The movie has so many great quotes including “sweep the leg Johnny” and “put him in a body bag”.  Everyone has their favorite lines from “The Karate Kid”. 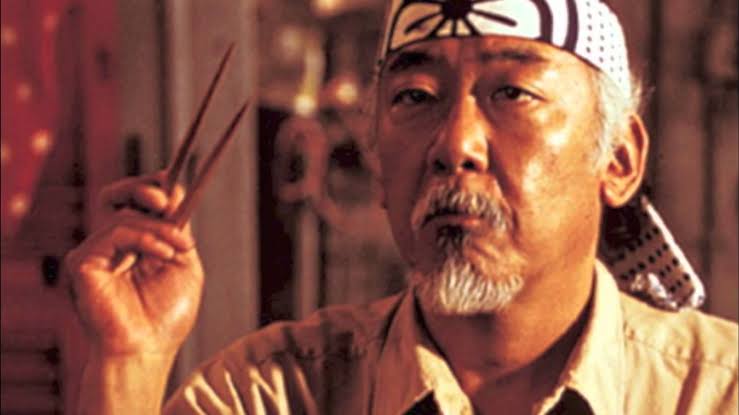 Mr. Miyagi was the man, although I’m still not sure how he made all his money to afford 45 different cars.  Mr. Miyagi still to this day plays a role in my life.  I try to live by one of his wise sayings, “Balance not only important in karate, also in life”.  Just brilliant.  I have a bonsai tree in my office called Mr. Miyagi and finally every time I do a shot with buddies we say banzai! They’re actually looking to remake “The Karate Kid” with Will Smith’s son playing the lead.  I won’t see this just like I won’t see the “Bad News Bears” or “The Longest Yard” remakes.  If that makes me semi-old and crusty, so be it. Ralph Macchio is returning to the public eye with a recurring role on “Ugly Betty” playing Betty’s sister’s love interest, councilman Archie Rodriguez.

Macchio joined Boomer and Carton on WFAN in New York to chat:

On how long it took him to get out of mold where everyone saw him as the star of Karate Kid:
“I’m not so sure I’m out of that mold outside of the fact that I’m aging enough that I don’t look exaclty as I did twenty something years ago.  That movie came about at a certain time and it was a pretty big hit and it sort of stood the test of time through generations.  It’s a tough thing to shake, I was in the films “The Outsiders” and “My Cousin Vinny”  and these other films that found their place, but I think on my tombstone, The Karate Kid will be between my first and last name.”

On what he said to Will Smith when he called Ralph about his son remaking the movie:

“If you can find your own way to carve your own angle into the story, the story will work forever.  It’s whether you guys choose to do a copycat version.”

On the difficulties of a remake: