We’ve got a great opportunity to get a big jump on these guys.”As a rabid Pittsburgh Steelers, I couldn’t be more excited about the season Mike Wallace is having so far. Then I look at the NFL receiving leaders and realize that Wes Welker is blowing Wallace’s incredible productivity out of the water. Incredible stuff so far from the diminutive Welker, who has easily established himself as Tom Brady’s favorite target. After Welker’s Week 4 performance against the Oakland Raiders receptions,  yards, 1 TD), he now has 40 receptions,  receiving yards and 5 TDs at the quarter pole of the  season.For non math majors out there, that puts him on pace for 160 receptions and nearly receiving yards.Both would shatter the NFL records held by Marvin Harrison  and Jerry Rice not inclined to believe that Wallace will keep up his incredible pace, but it’s not that much of a stretch to think that Brady and Welker will continue to connect all season long and make a legitimate run at both records.After listening to Welker’s interview with the one and only Michael Irvin, I’d be remiss if I didn’t say that The Playmaker never ceases to entertain with his delivery and the way in which he conducts an interview. I’d argue that he’s wrong about saying that Wes Welker is a future Hall of Famer. 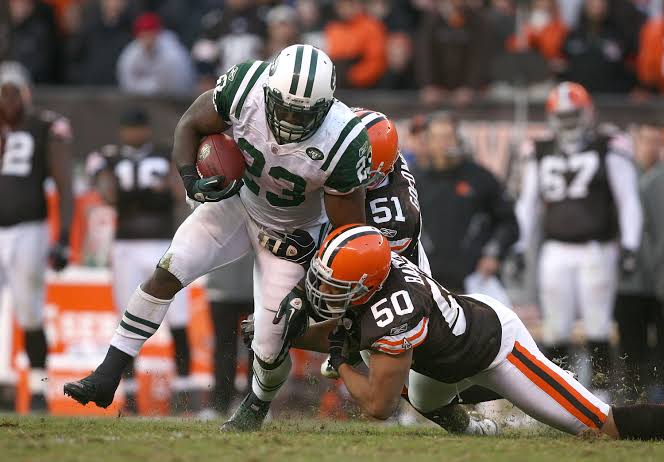 He’s got a long ways to go before that conversation can be had. Just look at his career stats. I see four impressive seasons, with a fifth playing out currently. That’s not enough to get the call to Canton, no matter how good those five seasons were. Anyway, Wes Welker and Michael Irvin.Welker joined WQAM in Miami to talk about how he was possibly able to recover from an ACL tear as quickly as he did, how many games it took him in  to start feeling comfortable playing on his repaired knee, what he feels the ceiling for himself is based on the success he’s had this year and in years past with the Patriots, how playing with Tom Brady accounts for much of the success he’s enjoyed, how the unstable quarterback situation in Miami hindered him from establishing much of a rhythm early on in his career, being surprised that his career has turned out quite like it has, why he feels like Chad Ochocinco will continue to get worked into the offense more effectively in future weeks, all the work that he and Brady do with one another during the offseason and how that allows him to make plays against seemingly more athletic (or as Irvin says, black) players, and how he expects the Jets to bounce back and give the Patriots their best shot this weekend after two straight losses in a match up that he feels will have a playoff-like atmosphere.

On how he was able to get back from his ACL injury in six months:

It was just training, massages, it was seven days a week. It was rough, man. It was definitely the toughest offseason I’ve ever been through.”

How many games did it take him to start feeling comfortable playing on his knee last season:

On the Patriots’ Week 4 win and what he feels the ceiling is for himself personally:

On the difference between his tenures in Miami and New England, and what it is about his current situation that has allowed him to succeed like he has:

I think in Miami, I was definitely a lot younger and was still learning the game and stuff like that. But we were more two receiver sets, we had Marty Booker and Chris Chambers there who are definitely good receivers, and I came in on third down to play the slot. That was my role then, and then I came here and we were three wideouts pretty much the whole time back in ’07. So I really didn’t come off the field too much. So getting more plays and things like that. But on top of that, the most important part is definitely having No. 12 back there. I probably had four or five different quarterbacks in three years there in Miami, and just having that mainstay in Tom and how good he is and the understanding he has of the offense, and really helping me along and putting the ball in the rightspots. And trusting that he’s not going to throw me into garbage or anything like that, and knowing I can turn up the field and do what I need to do. And on top of that, we’ve got a great scheme here. The coaches always try to put you in spots where you can succeed, and put you in routes where you can succeed and they do a good job of putting me in the right places.”

How surprised is he that his career has turned out as extraordinarily well as it has:

Yeah, to tell you the truth, I thought I would be returning kicks and punts my whole career. I thought that was going to be my deal, and I was fine with that. It was just continually working hard and understanding that I’ve got to be able to try to play some receiver. And I just kept working at it and getting better at it each and every day and training hard and making sure I’m putting myself in the best position possible to be the best football player I can be. Just day after day after day, doing these things continually, it’s just kind of led to where I am today. And I never forget about how far I’ve come and where I started, and understanding that I have to work that much harder. As you go on through the league, you always pick up on little things you do for training, or to get better, or to stay healthy. And you just keep building on it and now it becomes more and more, and it just becomes a habit for you where I’ve got to do it all the time and make sure that I’m putting myself in the best position I can to be successful.”

How he feels the Chad Ochocinco experiment will progress as the season unfolds:

I think they’re going to work out fine. I think as time goes along…the coaches are still getting a feel for him and his strong suits and everything like that, and putting him in the right spots to be successful, I think it’s going to work out well, especially against a team like the Jets who like to play a lot of man coverage. Chad’s so good at getting open against man, and being able to use his ability on comebacks and things like that to beat the DBs. It’s definitely a force that we’ve got to take advantage of, and understand that we’ve got to make him a part of it.”

Michael Irvin than joked about a white guy like himself burning black cornerbacks with such ease and regularity:

I know man, I think even my own teammates look at me sometimes and think ‘how the hell is this guy doing this?’ But I think they see it’s just a lot of work and definitely get on the same page with Tom. We work a lot together during the offseason, and we even talk through coverage when there’s no coverage out there. I’ll say it’s this coverage, and right then we both know what I’m going to do, whether I have four different options on that route, we already know what each other are thinking. So it’s definitely been a work in progress, but we’ve come a long way with it.”

What he sees in the Jets and the struggles they’ve had recently, and how he thinks their defense will respond this weekend against the Pats:

Well I think they’re probably going to regroup and come together and understand that this is a huge game for them. If they lose three in a row, that’s definitely a tough one. So we’re going to see their best stuff and they’re definitely going to bring it, and we’ve got to bring that same mentality of understanding that we’ve got a great opportunity to get a big jump on these guys in the division. We’ve got to make sure we bring our A-game, and bring everything we’ve got as if it was a playoff game.”

How much does the playoff loss to the Jets still resonate with Patriots in their locker room:

Maybe a little bit, but for the most part it’s a lot of new players — new players for them, new players for us. But there’s definitely a part of me that…you know, you always want to beat the Jets and always want to take it to them. So this is no different. I have a feeling that this game will probably play out like a playoff game with that type of intensity.