The Washington Wizards never particularly shied away when it came to stating their interest in picking up shooting guard Bradley Beal in Thursday’s NBA Draft. The problem for them was that they weren’t the only team in that boat and there were others that would’ve liked to move up to the No. 2 slot to snag Beal ahead of the Wizards at No. 3.
In the end, it appears Charlotte’s asking price was too high and the Bobcats ended up taking Kentucky’s Michael Kidd-Gilchrist with the No. 2 pick. Wizards coach Randy Wittman says the team’s draft room erupted with a bit of surprise at that point, knowing they were about to get the player they coveted all along. Randy Wittman joined 106.7 The Fan in Washington D.C. with The Junkies to discuss the worry in the room about losing Beal to a draft-day trade, if they considering trading up to No. 2, comparing Beal to some of the other top picks and what he sees in the team for the upcoming season. 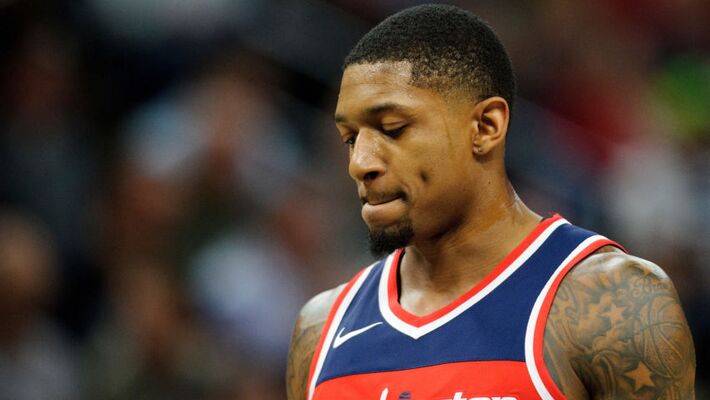 How worried were you that the Bobcats would trade the second pick and you guys would lose Bradley Beal?:

“I just didn’t have a very good feeling. The last couple days, basically he was the player being talked about the most of teams behind us that wanted to try to trade up to No. 2 to get him. You just wake up every morning and hear more and more chatter of this kid. I just thought maybe Charlotte, being in the position they are in trying to rebuild their team, that they would maybe just drop back and try to get a couple more assets and build that way. So, actually, when they announced Charlotte’s pick, with Kidd-Gilchrist, we kind of erupted with a bit of surprise.”

How much discussion, if any, was there about you guys trading up to No. 2?:

“A little, sure. There was. He was that special of a kid for us, but I think it was just too much to ask for when it boiled down to it. We felt that if it didn’t happen, that somebody did grab him, that what we would have to give up was not worth what was available to us if Beal wasn’t there.”

What did you see in the other guys and why was Beal so special to you? Was that race even close?:

“Not in our estimation. I think he’s going to be a prototype shooting guard. Everybody was worried about his size, and I was, too. Obviously, him being a freshman, I didn’t ever get a chance to see him in person, play. My first up-front and personal with him was when we worked him out. And I was pleasantly surprised to see his size. He even looks bigger than he is. … He’s a solid, solid kid. Then, when you got him on the floor, there’s a lot of people that have nice strokes, have nice form in their shot, but the thing that really impressed me with this kid is his footwork. When you become a great shooter, it’s not only your stroke, but your footwork. … I’ll say this for, really, all the top kids, this was really a special draft in terms of the kids that we talked to and looked at … in the quality of the character of these kids.”

On the outlook of this team heading into next season:

“I like what we’ve done, there’s no question. Do I feel much better than I did at the end of last year? Absolutely, I do. Now, as I’ve talked to all our guys leading up to the draft on paper, it looks better. Now, you don’t win games on paper. And we’ve got to take what we’ve got on paper and now make it work on the floor. That’s a whole other matter. Now, am I confident we can do that? Absolutely. I think what we’ve created is competition amongst ourselves. We still have a lot of young players. We have gotten some now veteran leadership that’s always important, but we still have a ton of young players and what we’ve created is a lot of competition at each spot. And that’s only going to make you become a better player, when you’re having to compete every day in practice for minutes.”