One of the greatest, if not the best, coaches is about to come alive on Broadway. Former Green Bay Packers coach Vince Lombardi will be portrayed in an aptly named play entitled Lombardi. Based on David Maraniss’ biography When Pride Still Mattered: A Life of Vince Lombardi, the show opens later this month.Dan Lauria, most well-known as playing the role of the father on The Wonder Years, will play the role of Lombardi. Being a football guy himself, he sounds rather excited about the play and says it’s not a show just for the guys.Dan Lauria joined ESPN 980 in Washington D.C. with Steve Czaban and Andy Pollin to discuss why he’s a natural for the Lombardi role, what he found out about Lombardi in researching the role, how the casting has been like an 80s TV show reunion, how Lombardi was a motivator more than a play-caller, whether the language of the play is family-oriented and how audiences have been relating to the show. 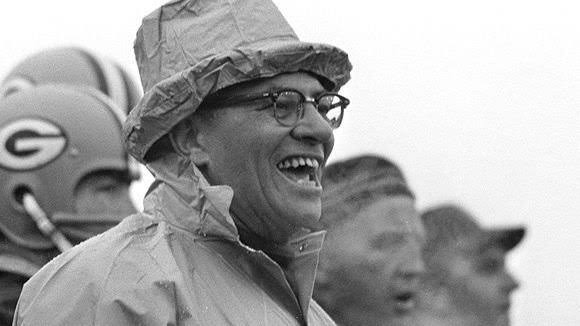 On him being a natural for the Lombardi role:

On what he discovered about Lombardi in researching for the role:

“It wasn’t that it was so much of a surprise, because being an old football player I had read all the books already. Re-reading them now … kind of refreshed me on the stories. … Basically what everybody agreed on was Coach Lombardi, who was a physics and chemistry teacher in high school for 10 years, a very bright young man, he simplified football. Sonny [Jurgensen] said he learned to read defenses so easily under Vince Lombardi because he simplified on what to look for in the defensive setups.”

On Lombardi being more of a motivator than a play-caller:

“It’s actually a very important part of the play. His teams were so well-coached that by the time game-time came, he called very few plays. He didn’t even call the quarterback sneak in the Ice Bowl.”

On whether the language in the play is family-friendly:

“You can take your young kids to it because what we considered a curse back then is not a curse word now. He didn’t use any four-letter words. He said ‘Damnit’ a lot or ‘Aw, jeez,’ but he said it in a way that it might as well have been the worst curse words in the world. It’s a matter of attitude more than language.”

On on audiences have been relating to the show:

“By Coach Lombardi’s own admission, his family suffered for this obsession and his goal. That’s part of the play, too. … We did seven performances in New England last month and what I was really pleased with was how much the women really liked the play. Constantly we could hear, on stage, women banging their husband in the ribs going, ‘You’re just like that, you’re just like that.’ And they weren’t talking about football.”