To say that Roy Williams and North Carolina are having a tough time this year would be an understatement. The Tar Heels are 14-12 on the season, and are in second-to-last place in the ACC with a 3-8 conference record. Unless they make some kind of unbelievable run, they are in jeopardy of not making the NCAA tournament for the first time since 2004. When was the last time you could remember the Tar Heels being this bad? Their roster is stocked with McDonald’s All-Americans, but as we all know that doesn’t always translate into being a good basketball team. This team is full of underclassmen with no true leader, and that is apparent on the court. They repeatedly turn the ball over on offense and commit stupid fouls on defense. This doesn’t sound like a Roy Williams coached team. Just give them another year and Williams will have this team back atop of the ACC competing for another national title. For now though, the struggles continue along Tobacco Road. 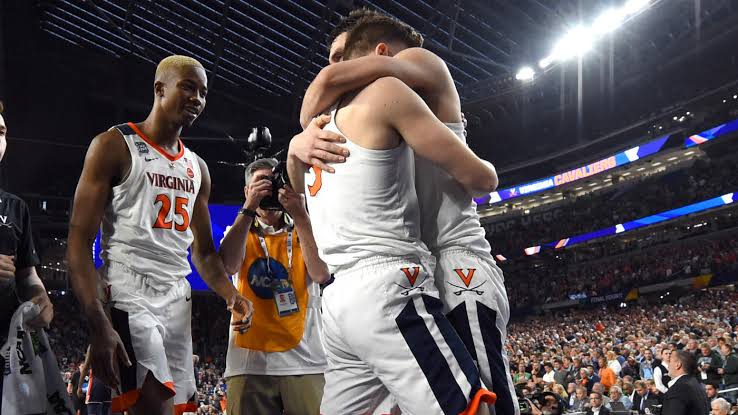 Roy Williams joined 790 The Zone in Atlanta to talk about where he gets his coaching style from, his definition of basketball IQ and being able to relay that to young college athletes, and the struggles they have had this season.

On this year’s team learning how college basketball is played:

“Well they are. We have had some struggles this year and we have had a great number of injuries. We haven’t played as well as we would like to play. We have had other teams that had made more plays down the stretch than we have. So it has been difficult, which shows what a charmed like I have lived because we haven’t had very many years like this. It has been difficult for us. We have nine freshman and sophomores on our team so we do really believe that we have better days ahead.”

His definition of basketball IQ and being able to relay that to young college athletes:

“Well there is a savvy about understanding the game and then there is a savvy about what I call it at how to teach the game. I think that is what really good coaches have. They have an idea and a picture of what they want and they are able to get to see the youngsters see that picture as well. Coaching is pretty simple. Is my talent better than your talent is part of it and the other part is can I get my guys to do what I want them to do better than you getting your guys to do what you want them to do? The IQ and the savvy part about it is teaching and I think truthfully that is all what we all are. My favorite people in the world and the people that were more influential than anybody were my teachers. I have a great deal of respect for someone that can teach the game.”

On the concept of giving kids praise and when to kick them in the rear:

“Well you have to have a good feel for that. Some kids you can do both and most kids you can only do one of the two and you have to make the decision during the process of which one you can do. Sometimes you make mistakes and you find out well that didn’t work. I better try something else. We just have to always realize that even now at the University of North Carolina or at the University of Georgia is that they are 19,20,21-year old kids and we have to realize that. They are not perfect and they are not going to do it right all the time but I have never had a kid who wanted to make a mistake. I have never had a kid who wanted to miss a shot. Do I think that we have to understand that and try to encourage them and try to build them up as much as we can too?”

On whether there has ever been a moment in his career where the young men feel that they can win basketball games by the name on their jersey and not put the hard work in:

“Well you have struggles and particularly at a level like North Carolina when all of those youngsters have such big dreams of playing in the NBA and you have to really, really push to get your kids to understand that the name on the front of the jersey is more important. I was very fortunate last year with Tyler Hansbrough, Ty Lawson, Danny Green and Wayne Ellington, four kids that could have left the previous year for the NBA and they chose to come back. They chose to come back because it is what they wanted to do. Not one single day during practice last year did I ever have any concerns about or they were wondering about how many points they were getting, how may shots they were getting or whatever. They were just concerned about us winning and that is very unusual because the NBA is such a big animal out there that it is hard to fight that with the money and the fame that goes along with that. It is really hard for us to compete for that. It is almost like the college situation is almost just to… I always like it is like a bus stop. There is a stop by us for a while on their way to somewhere else. For me, I have been very lucky that I have been able to get those kids that are with us to really focus on the name on the front of the jersey and not the one on the back. Yet it is very, very difficult now in today’s times.”

On him being contacted by several NBA teams about a coaching job:

“Well yeah I have and I have been very lucky. The only reason that I know this number is because our SID sat down with me one time and we went through it, but I have had eleven or twelve. I have forgot now because I am getting so old. Eleven or twelve NBA teams have either straight out offered me their head coaching position or called and said that we would really like to talk to you about becoming our coach. I have very seldomly given it much thought. At one point, I am going to guess, around I told my wife that maybe I do need to do this because I had gotten discouraged about the recruiting process and some mistakes that we had made. But then came along the great class that I had at Kansas with Nick Collison, Kirk Hinrich and Drew Gooden and it restored my faith that it can be done the right way with really good kids. Other than that one time I never really seriously thought about it. I think I am exactly where I should be and I enjoy coaching at the college level. As I said, I had been or talked to people about those positions and some of them very good spots with the Lakers and Celtics. Both are two examples that nowadays most of the time a college coach gets a pro job it is always one of the bad jobs and it is very, very difficult to be successful that way, but I love where I am and I think I am in the right spot.”

On when the last time a NBA team approached him about a position:

“Yeah it’s… I am not telling you that you should read my book. I don’t think you should do that, but I went through the whole thing there. The Lakers had offered me the job on three different occasions. ’92 was the first time and, I guess it was in the spring was the last time. They eventually hired Rudy Tomjanovich at that time. The Celtics, oh gosh the last time was probably ’97 or ’98 somewhere in that range. ’98, ’99 something like that.”