Tony LaRussa Remains Patient While His Team Is In A Slump

The National League’s Central Division has been dominated by Tony LaRussa and the St. Louis Cardinals for the last decade or so.  But winning the division this year isn’t a lock, just yet.  Right now they are in the middle of a divisional race with the Cincinnati Reds and the team is slumping.  As of yesterday, they placed third baseman David Freese on the disabled list, Ryan Ludwick has been hindered by a sore left calf muscle, and Chris Carpenter recently took a line drive off of his right arm Monday night and may miss his next start.  These have all been factors as to why they are clinging to a half game lead over the Reds.  Heading into the season I thought there would be a media circus surrounding the team all year because of Mark McGwire’s role as their batting coach.  But three months into the season, there hasn’t been a peep about McGwire and quite frankly, I almost forgot about him.  If the Cardinals can keep pace with the Reds while their players get healthy again, they should have no problem winning their division because the rest of their division is garbage. 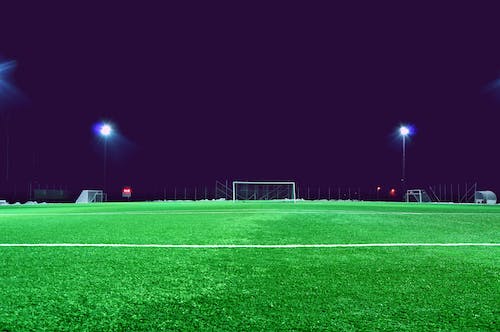 Tony LaRussa joined KFNS in St. Louis to talk about his thoughts on why this season appears to be the Year of the Pitcher,  what his prognosis is for Chris Carpenter and Ryan Ludwick, and his thoughts on how Mark McGwire’s first year as hitting coach is going.His thoughts on why this season appears to be the Year of the Pitcher:“Well we talked a little about it.  I was afraid to say it the first couple of months but now you are in the third month and there is a lot of this happening.  I think that there is probably a combination of factors.  I think guys are pitching better.  They are doing a better job at pitching and not just throwing.  Maybe some of the substance stuff has trimmed down, maybe some of the quickness and strength.  But in the end I would rather wait six months to see how this all plays out.  I think mostly from what I am seeing, I am seeing a lot of guys that are pitching.  They are getting behind in the count and are doing good things, off-speed pitches and they are keeping their fastball out of the middle of the plate in a lot of key situations.  I really credit the pitchers if anything else.”

What His Prognosis Is For Chris Carpenter And Ryan Ludwick:

“Well we want to be sure before Lud plays.  I think we have three left-handers coming in with Milwaukee on Thursday so if he could be ready by that day I would be happy.  We really have got to be careful with him so we are not going to run him out there until he is really ready to spring and everything.  Carp, we won’t know until we see him today.  If we do disable Freese I think we have got to add a pitcher and be short with players because you are looking at Suppan on Wednesday, who is still getting into shape, and you have got Hawksworth for Thursday and who knows what we are going to do with Carp.  That is a pretty good strain on the pitching staff.”

Why Matt Holliday is back hitting in the 4th spot after doing quite well in the 2nd spot:

“Well the reason that Matt is with us, and we are so excited, is to hit behind Albert.  I mean he has been his own impact guy.  We really don’t have anyone else that on a really long term basis to hit behind Albert.  We are still asking Lud, who is in his 3rd year really, and he is still securing his place.  Colby and Freese, that is really unfair to them.  Yeah you did it because at the beginning I love him hitting in the 2nd spot hitting in the first inning and when you turn the lamp around there he is.  I just don’t think it is fair to expect anybody, except once in a while a great matchup or something to protect Albert.  If Albert doesn’t take his at-bats, believe me our offense is going to struggle more than it is struggling.”His thoughts on how Mark McGwire’s first year as hitting coach is going:“I really think that he has gotten into the coaching part of this and he is living and dying with his hitters.  He has had sleepless nights but he is a good, positive presence.  His message is very strong whether it is mechanics or  the mental side.  He’s really been there for them when they’ve struggled…”