“He hasn’t done anything really in the National Football League to deserve all the recognition and visibility that he’s gotten so far.”Well, I guess it might be tough throughout the course of this year for people to blame Tony Romo’s struggles on now ex-girlfriend Jessica Simpson.  Such was the case when the high-profile Cowboys signal caller was dating Simpson.  But after just two weeks of the NFL season, Romo seems to not quite have shaken his propensity for costly turnovers.  In Sunday night’s 33-31 loss to the New York Giants, Romo completed just 13-of-29 passes for 127 yards.  The real problem though was he threw three costly interceptions that counterfeited a very productive offensive game controlling the ball and clock with the running game. 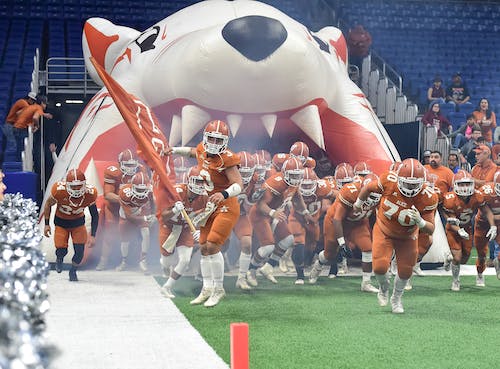 Former Cowboys legend Tony Dorsettspoke out on Monday against Tony Romo and his play at quarterback.  He joined Fox Sports Radio to talk about how Tony Romo is not worthy of all the accolades he receives, how the Cowboys can maybe get back on track, and what he thinks of the Cowboys new palatial stadium.

On What He Sees With This Year’s Cowboys Team And In Tony Romo In Particular:

“Well, for one thing, I don’t know why on God’s earth Tony Romo has been anointed a superstar in the National Football League.  Tony is very young in his career.  Not to say you can’t be young in your career and be a superstar because you’ve got one up there in Minnesota in Adrian Peterson. But the thing is this: you have a guy who hasn’t done much and quarterbacks in the National Football League, most of them go through this growing curve.  He hasn’t gone through that growing curve, but he was anointed this great player all of a sudden.  Now he’s having to live up to that. And obviously Tony has some deficiencies.  I mean, he’s a young quarterback, that’s going to happen.  He’s not going to be on top of his game every game week in and week out, because this game is a very fast moving game and he makes some decisions sometimes – he’s like a gambler man, he takes chances and sometimes those things, he gets bit in the butt by that.  But, he’s a good player who’s still learning how to play in the National Football League and I think the media has given him too much credit for doing nothing. He hasn’t done anything really in the National Football League to deserve all the recognition and visibility that he’s gotten so far.

And now he’s going to have to live with how they treat the quarterback in the National Football League whether you’re a young quarterback or you’re a superstar or you’re not.  When you win, you get a lot of the credit.  When you lose, you get most of the blame.  And so he’s having to live through that and I’m hoping he pulls through it because they do have a pretty talented team offensively.  Defensively, I think they’re lacking in areas.  The first week, they couldn’t stop the run.  Last night, they were able to stop the run but they couldn’t stop the pass.  So they have some areas they need to work on, but they have a great place to play in and I’m hoping that they get a great team to open this new year of this new stadium.  You know, they closed down Texas Stadium by laying an egg.  They opened this new stadium not laying an egg, but they lost the game. And that’s all unfortunate, but I’m still hoping…there’s a long way to go. This is a marathon it’s not a sprint.  So they got a lot of things to work on and hopefully their coaching staff can get it corrected and they can stay healthy, and hopefully we can get in to the playoffs and win a game or two.”