Just last week, we heard from New England Patriots coach Bill Belichick when veteran linebacker Tedy Bruschi retired. The coach called him the perfect player – one that embodies not only excellence on the field but outstanding character off it as well. A few short days later, the Patriots traded away one of their other stalwarts – veteran defensive end Richard Seymour, arguably the game’s best 3-4 defensive lineman. In exchange for Seymour, the 6th overall pick in the Patriots received Oakland’s 1st Round pick in . That’s two significant losses on one side of the ball for New England before the regular season has even started. But it’s their offense that has many pundits believing they are the team to beat this year. That starts and ends with quarterback Tom Brady, who will have even more pressure on him in 2009 to return from injury as sharp as ever. Brady joined WEEI in Boston to talk about the surprising trade, what Seymour meant to the organization and how the move is just another example of how Coach Belichick is always thinking ahead. 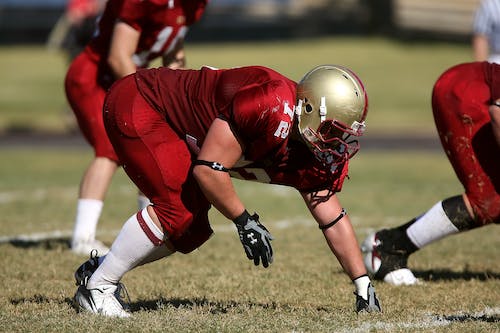 On just how big a change it must be for Seymour who’s now with the lowly Raiders rather than the competitive Patriots:

“Well I’m sure those guys don’t feel they have no shot but you know, things change very fast. They change for all of us. They changed for me last year after the first regular season game. They changed for Richard. They changed for guys this past weekend. And the reality is you got to learn to adjust and that’s just the way it is. Football is unconditional love. It’s tough in a lot of ways because you develop relationships with your teammates and these are your friends and your family. You spend more time with these guys than you spend with your own family. And a guy like Richard who’s meant so much to the organization, after being here going on his ninth season and three championships and being a team captain. And he’s just a wonderful person so, he’s a professional I know that. He works very hard and he’s going to bring a lot to that organization. So as much as we’ll miss him, they’re getting a great player there.”

On if personnel moves like this create divides in the locker room:

“Well everybody is in a different situation in the locker room and I think when you subscribe to being part of a team, you subscribe to what’s in the best interest of the team. And my role as a quarterback is not to make personnel moves or to determine whether those personnel moves were right for the team or not right for the team. My job is just to show up and do the best I can do. I think that’s really stressed. And that’s not only in football, that’s in everyone’s job. Unless you’re the one writing the check, I mean you really don’t have a lot of say in much…”

On Coach Belichick and if he thinks that any other coach would have made this type of move:

“Yeah I think Coach Belichick, he’s an incredible coach and he’s an incredible motivator. And he’s able to get everybody to buy in to what is best for the team. And I think over the years, I’ve gained so much confidence in what he does because they turn out right. You know, the decisions turn out right and what he says usually happens whether it’s on the field or off. Whether it’s in the off-season or when it’s in-season. We had Coach Rivers from the Celtics come in and talk to our team yesterday which was really fascinating. And you know, Coach Belichick is a different type of coach than Coach Rivers but they both find ways to motivate the players in order to buy in to that team concept. And I think every player that comes to our team, they buy in pretty quickly just because it works. And there are things that are frustrating at times about being a part of it, but at the end of the day, I’ve seen a lot of players leave the organization and not be as productive as they were when they were here. And I’ve seen guys from other organizations become much more productive than they’ve ever been. So that tells me, even though I haven’t had the chance to be in another organization, how Coach Belichick runs the team and how Mr. Kraft runs the franchise, you know, they’ve got the track record and they got it right.”