I’ve interviewed and worked with hundreds of athetes between my work in sports radio and PR, and I think Tim Brown is the guy I enjoyed working with the most.  He was just so honest and forthright when you asked him a question. Whether it was on the record or off the record, Tim Brown taught you something you didn’t know before.  It’s still shocking to me that Shannon Sharpe has a studio gig and Tim Brown doesn’t.  Maybe he’s too honest, I don’t know what goes through the network executive’s heads.I worked with Tim for a full football season every week and he gave me tremendous stories about Norv Turner as Raiders head coach.  How Turner had no leadership ability and avoided confrontation at all costs.  I looked forward to my interview with him every week knowing I would come out more football savvy after talking to him.Last week Tim Brown was elected into the College Football Hall of Fame for his outstanding years at Notre Dame including winning the Heisman Trophy I have no doubt he’ll receive that same honor in the NFL in the future.  He’s third all-time in receptions and managed to play under Al Davis for 16 years which should earn him some sort of monument.  Brown joined WCNN in Atlanta to discuss his election to the College Football Hall of Fame and you’ll see with the quotes below how frank he can be with his answers. 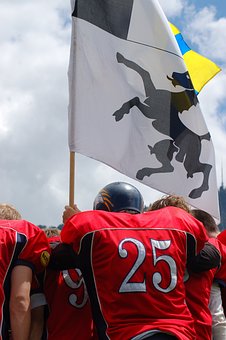 On choosing to go to Notre Dame and playing football there:

“It was absolutely great. Actually, when I got there Gerry Faust was still the coach. So obviously I didn’t go there because the football was so great at the time because that certainly wasn’t the case. I went there because of the education and hoping to play good football but certainly knowing that I would leave there with a great education. And it just worked out both ways for me, I got my great degree but on football, things just went to another level once Lou Holtz walked in the door. The whole outlook for me as far as football just changed once I had a couple of conversations with him.”

On meeting Al Davis for the first time:

“Meeting Al (Davis) was pretty unique. I found out five or ten minutes after my first practice there that he hated African-American athletes from Notre Dame. And they literally told me that. They literally told me that because we’re known for using our education more than our athletic ability that he thought that I would be one of these guys that would basically take the money and run. I don’t know if that was a ploy to get me amped up, but it certainly worked.”

Could he still play now at age 42:

“I think I could, man. I probably couldn’t play 90% of the snaps like I did for the majority of my career. The only thing about spot playing, I found out my last year in the league, it’s harder on you than playing every snap. Standing on the sideline, waiting for somebody to call your number, trying to stay warm is a very, very difficult thing. So from that standpoint they may have to get their 10 plays out of me early in the game, after that I probably would be no good.”