You will probably hear about this story again – and again, and again. It’s the cover story on Sports Illustrated this week and its author is already making the rounds. Like with performance enhancing drugs and many similar accounts in journalistic history, the tale is by no means a surprise and it was just a matter of time before someone was scorned enough by the business that he decided to “tell all.” Still, that tale is a captivating one, as much for the specifics and the names involved as it is for the general subject matter. 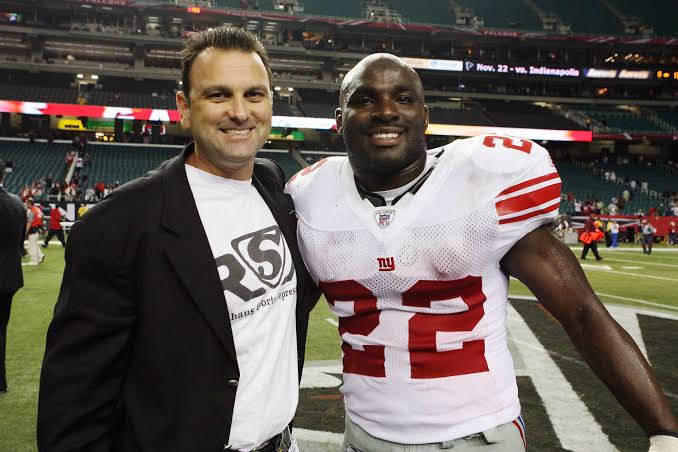 In the roughly 7,200 word Sports Illustrated story (available here at SI.com), “current” (we’ll see how long that lasts) sports agent Josh Luchs, a veteran of over 20 years since he was just 19 years old, details accounts of recruiting over 30 college players with payments, paid vacations and more. One of Luchs’ most notable endeavors, what could have been his whale, actually turned out to be one of his biggest failures. According to the story, future second overall draft choice, Ryan Leaf, would hang out with Luchs on many occasions, while Luchs floated him a monthly stipend. But the relationship soured when Luchs refused to pay for his teammates to take a trip to Las Vegas. Leaf continued to take the money, yet ultimately signed with another agent (Leigh Steinberg).

That’s just a snippet of the information and detail that Luchs gets into. Though fairly obvious and not at all surprising, it’s still a fascinating read. I didn’t want to read the whole thing (especially at 2:00 am when I have to get up in 6:00 am), but I couldn’t not read it. I’ll probably soak up every interview he does (like this one) and be engrossed in the conversation as well. Josh Luchs may not quite become the martyr that it seems he set out to be, but he’s a great storyteller. Sports Agent Josh Luchs, who is featured in this week’s Sports Illustrated cover story, joined Into the Night on the Tony Bruno Show to talk about why he is now coming forward with his detailed accounts of paying college athletes, his current status as an agent, the impact his story will have on the business, Mel Kiper’s involvement in the agent-player recruiting process and what coaches should be expected to do in these situations.

On why he is coming forward with this information now:

“I touched on that in the article. It wasn’t something I sought out. It wasn’t something I pursued. George Dohrmann approached me. When a man that has Pulitzer Prize in his pocket calls you and says, ‘Hey I want to talk to you,’ you pay attention. At first, I was very apprehensive about doing it. But the more I thought about it, it made sense. I made the decision that it was the right time. I really, quite frankly, did not like the way things happened with my suspension. I’m not hiding that. I should have been suspended many times over for all the players that I paid, all the rules I violated. If I had been suspended for that stuff, it would have been fine. I did the crime. I should do the time. What they did suspend me for, I did not do. I’m not a lot of things. I’m not Mother Theresa. I’m not a saint. I never claimed to be. But one thing I am not is a thief. They made it sound like I used a $5300 commission check as leverage in a civil situation, when, in fact, it was the other way around. So I said, ‘Well, I’m all about leverage.’ I understand how leverage works. I have a lot of training in that. I’m going to go ahead and tell these stories. I’m going to tell the truth. And at the end of the day, that truth will buy me a paragraph where I can set the record straight, where I can change the ending of my story slightly and alter the legacy. And as this thing has progressed my personal desires have become broadened. At the end of the day, there is dialogue and people are able to realize that there is an elephant in the room and people are able to talk about it, then my 20 year career wouldn’t have been for naught.”

On his current status as an agent:

“I’m still an agent. I still have a couple of active players and I paid my $1700 for my NFLPA dues a few weeks ago. Before they decide to decertify me, which, after this article I would not be surprised if they do, but it would be wasting a bullet on a dead horse already. If they decide to go ahead and do that, then I would be a former sports agent. I’m still active. I just stopped recruiting and recognized that I would finish out with the guys that I have.”

On if he paid players to get them to pay him back when he became their agent:

“You would hope so. I’m not going to lie to you, I wasn’t the bank. That wasn’t my purpose. The idea of this whole process was to use that to develop a relationship and as a way to have constant communication and at the end of the day, the end game is to represent the player. At the end of the day, if they don’t go with you, some of them pay you back. Some of them give you the finger on the way out the door. You just got to deal with it.”

On how he thinks this story will impact the business:

“I’m not quite sure. I really don’t know. There are some people that will tell you that the truth hurts. And there are some people that will say that the truth never hurts. But the one thing is that it is still the truth… A lot of good can come of this. If it does, it will come rather than people trying tear me down, criticize me, attack me for doing this, make crap out of me. Maybe you should stop putting your energy into that and deal with the problem that you got right in your face right now… The phone calls that I have gotten from other agents have been surprisingly supportive. Some of them I know as competitors from other agents and I think it’s sincere. And some of them, I think are just happy to see another agent who was competition put a bullet in his head.”

On Mel Kiper denying that he called agents as they talked to players:

And on what he thinks can be done to stop agents from contacting players illegally:

“Coaches do their best. You’ve got a lot of kids on a team. They’re all at young ages. I don’t know if you are a parent, but my kids are young enough that I know where my kids are at all times. Those kids at that age, you don’t know where your kids are at all times. I don’t think that these coaches really know what these guys are doing 24 hours a day seven days a week. And I don’t think that it’s fair for anyone to expect that they should. That’s the bottom line.”

Peyton Hillis: “this Is By Far The Most Talented Team That I Have Been On”