Ryan Leaf May Finally Beat Peyton Manning At Something

Peyton Manning beat out Ryan Leaf for the Heisman Trophy. Then Manning went first in the NFL Draft, relegating Leaf to second. Now Manning is in the midst of one of the greatest careers every by an NFL quarterback and what’s Ryan Leaf doing?Well, it turns out he’s signed a deal to write three books.Yes, you read that correctly. Leaf, who says he often doesn’t say the right things orally but seems to be better at getting his point across on paper, will write a trio of books. He says the first will be mostly about his college career, his second will be an inspirational piece about overcoming his addictions and the third will be more of an autobiography, including his awful NFL career.How many of you are looking forward to these reads?Ryan Leaf joined XX Sports Radio in San Diego with Darren Smith to discuss his new book deal, what the books are going to entail, when they are trying to publish them, why he’s writing them, if he’d be willing to do a signing in San Diego and his time with the Chargers. Oh, and he talks about his bowl predictions, too. So if you care for another “expert” opinion, click the link at the end. 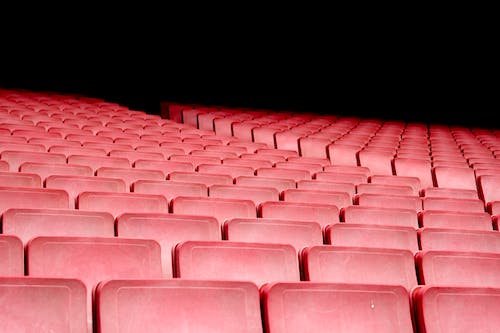 “It wasn’t because I felt that I needed all this time, I just don’t think I’m a very polished or accomplished writer at this point. … I felt the first book would be a positive one. I could really get my feet wet and learn my voice and learn how to do the writing and things of that nature. I suppose I could’ve combined it all into one, but that’s kind of what the other publishing houses wanted to do. They wanted just a big autobiography now and I didn’t feel I had an autobiography in me. I’m too young.”

On the first book:

“The first one’s gonna be predominantly marketed to the Washington State alumni and it’s kind of a way of me giving back to them just for all their love and support through the good times and definitely the down times. … It’s gonna be particular to that time in my life … my whole time there. … It will allow me to kind of find my voice with a writing style. I’ve got some positive feedback, but who knows? I could be terrible at it.”

On the second and third books:

“The second one’s probably going to be more the motivational, inspirational one, kind of all about my recovery. And then the third one will be my whole life and, in particular, my time in San Diego and my struggles down there and how poorly I handled things and … how I didn’t live up to expectations.”

On why he’s doing this:

“I was skeptical at first. I really enjoyed the writing part … this fall, writing about old memories, things of that nature, discussing college football. What I discovered since I entered my rehab facility in November of ’08, I started journaling and writing and a lot of times I’ve never been able to say the appropriate things, the right way, through my voice. It seems to get accomplished by writing it.”

On the timetable for the first book:

“I think we’re planning on doing a release in Pullman in October for the Stanford game. Like I said, the first one is predominantly for my fans up there. … This, by no means, was a money-grabber or anything like that. I signed with a very smaller publishing firm out of Pullman. … There were a couple other larger publishing houses that were definitely offering more money but this was something where I felt they have my best interest at heart. … We’re looking at a way to donate the money raised.”

On his time in San Diego:

“I wanted to go to San Diego and all of San Diego wanted me to succeed and be the quarterback that would help that franchise and I failed miserably at it. And in doing so, became an enigma in that city and stuff. … It was all completely on my end of things on how I reacted and how I dealt with stuff.”