Roy Williams Confident He and Tony Romo are Poised for Big Things in ‘10: “This year, we’re connecting like Montana and Rice…”

It was an odd season for Dallas Cowboys receiver Roy Williams. The former Detroit Lions wideout had just 38 receptions during his first full year with the Cowboys. Seven of those receptions went for touchdowns though. As you’ll hear, Williams is confident that he and Tony Romo are finally up to speed and on the same page with one another this offseason as they prepare to help guide the Cowboys for another playoff run. Some wonder if the acquisition of Dez Bryant in the first round of this year’s draft signals the beginning of the end of the Williams experiment in Dallas, but if the personalities in the locker room can co-exist, there is the possibility of Dallas boasting one of the league’s best wide receiver corps in the league.Williams joined AM- 1300 the Zone in Austin to talk about how he wasn’t bitter that the Cowboys drafted Dez Bryant, what it’s like for an NFL player to learn that his team has drafted his position, how he thinks he should best be utilized in the Cowboys’ offense, what he likes most about Tony Romo as a quarterback, how the two of them are clicking like ‘Montana and Rice’ (his words not mine), and what it was like experiencing the intensity of the playoffs for the first time last year. 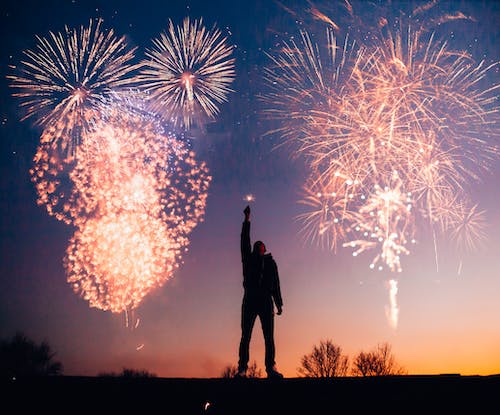 On how he’s not at all upset by the fact that the Cowboys drafted a wide receiver (Dez Bryant) in the first round of April’s draft:

“I’m not hating on it at all. I embrace it. Just like you said, when he got drafted, our offense just got that much better. Anytime you can draft a player down that far in the draft who’s a top five talent, you’ve got to take him. And that’s what we did. We embraced it, I embraced it, the challenge, because you know, people are thinking that I’m the odd man out in this situation. But it’s going to be a good competition thing for us. It’s going to make us better as wide receivers, it’s going to make us better as an offensive unit.”

On what it’s like to have your position drafted:

“Yeah, especially if you are the odd man out and they draft your position. If you look at Sean Lee with Bobby Carpenter, it’s just how the business works. It’s a tough deal to go through, but that’s the nature of the business. Its going to happen to everybody, because everybody wants to get younger and everyone wants to get better. But the best players, the elite players, step up to the challenge and make it happen.”

On how he thinks he should be utilized by Jason Garret in the Cowboys’ offense:

“I’m a guy who needs to be on the run. I’m not a stop and go kind of guy. Once this motor gets going, get it to me quick and let’s roll out. You know, like a slant, a post, a deep dig – those things on the run. Us big guys, we like to stay on the run and keep these feet churning. But you know, I try to do it all man, but sometimes I don’t get used correctly, that’s just the nature of this system. You just have to do what they ask you to do and try to make the best of it.”

On what he likes most about Tony Romo as a quarterback:

“The best thing that I like about Tony is he’s the leader on this football team. He’s continuing to grow and he’s continuing to learn. The things he does on the football field speak for itself. But there’s things off the field, in the huddle and on the sidelines that people don’t see, and that’s the thing I like about him most.”

On the incredible chemistry Miles Austin and Romo have together as a result of coming up together on the practice squad, and on if hethinks  that he and Romo have made progress getting up to speed with one another during their second full offseason together:

“You know, last year around this time we were throwing and catching and it wasn’t very good. Just to be quite honest with you, we were missing balls, and bad throws and drops and all that in the offseason that carried over to the season. But this year, we’re connecting like Montana and Rice. It’s night and day from last year so I know we’re expecting big things for both of us. And Miles, he’s going to continue doing what he does, and with the addition of Dez, I mean, come on, someone’s going to have a mismatch on the football field. We’re just going to have to find it.”
On what advice he’d give those fans that are worried about how the quartet of Cowboys receivers is going to coexistJust sit back, relax and enjoy the show. That’s what you do as a fan. Good things come to those who wait. I waited in Detroit. I waited in Detroit for four or five years, and then finally got my little…I hit the lottery. I’m not saying money wise, but I got on a good football team where I can finally enjoy the playoffs, and know what the playoffs are all about. Miles had a really good year, hopefully he’ll have another really good one – that’s when his payday will come. Maybe it will come this year during the season. So you know, sit back, relax and watch us in the stands and let us players do their jobs.”

On the experience of being in the playoffs for the first time in his career last season:

“Well you know, last year was my first time in the playoffs, and I got to experience that. My very first game was against the Philadelphia Eagles and they like to blitz. They blitzed off my edge so I caught a couple balls, I caught five or six balls, and we won that game. It was a great feeling. And then we went up to Minnesota and it was just the opposite. We couldn’t do nothing offensively, Brett Favre was just being Brett and led his team to victory. I didn’t even have a ball thrown my way that game, so it was totally different from the first one, but it leaves a bad taste in your mouth. It was kind of like when Texas went to the Big XII Championship Game and lost to Colorado when we were 40 points better than those guys. That’s what I compare it to. But it was a great time, a great feeling, hopefully we can get to the Super Bowl this year and erase all that bad taste out of our mouths.”