Ron Washington on Play of ALCS Bound Texas Rangers: “We really haven’t hit on all cylinders yet.”

The Texas Rangers were the only team to make it through the Divisional Series in fewer than five games. While the Detroit Tigers and New York Yankees battle Thursday night, with the winner advancing on to the ALCS to face the Rangers, Texas and manager Ron Washington wrapped things up on Tuesday with a 4-3 win over the Tampa Bay Rays to clinch their series, three games to one. Texas is back in the ALCS for a second straight year, but according to their manager, they haven’t played their best baseball yet.The Rangers won three straight games against the Tampa Bay Rays to close out the series in four games, but Washington admits that the numbers would show the Rays actually played better. That’s a scary thought for whoever has to play the Rangers down the road, because they looked darn good in coming up in the clutch and winning close ballgames.Ron Washington joined ESPN Dallas with The Ben and Skin Show to discuss Alexi Ogando’s performances against the Rays, comparing this year’s team to the one that advanced to the World Series in if the mood of the team was different this year after winning their first playoff series, Adrian Beltre’s three home runs in Game 4, Josh Hamilton saying that he’s tired and the team effort it took to move on. 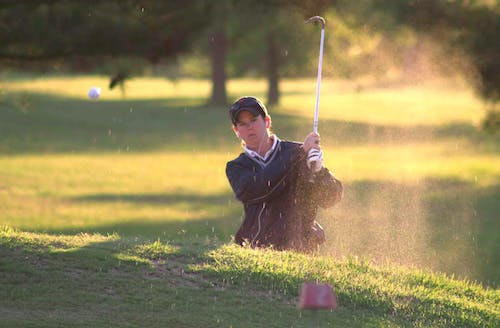 Alexi Ogando looked great in the ALDS coming out of the pen. Will you keep him there with a set role, perhaps the setup guy, looking forward?:

“He can be put in any role we need him to be put in coming out of that bullpen. It’s not anything new to him. It’s something that he’s done and done very well at. He gives us tremendous versatility. … What a weapon.”

How much better is this year’s team than last year’s that also made the ALCS?:

Was there a different feeling after moving on in the playoffs this year as compared to last year?:

“It was like been here, done that. The competitive juices were certainly there and we were able to contain them a lot better than we did last year. I think if you look at the way they celebrated … it was a celebration as, ‘OK, we got this done, but this is not what we’re after.’ That just goes to show you the growth of those guys and what their purpose is.”

What was it like watching Adrian Beltre go off in Game 4?:

“It was amazing. The thing was, we knew what was at stake. We certainly didn’t want to come back here and play a game. Not that we didn’t want to play in front of our own fans, but when you’re in a situation where you’re able to take care of business, you take care of business. … Another part of our game surfaced, the long ball, and it took four of them for us to win it. Beltre got us three. We needed everything he gave us [Tuesday]. … What an amazing feat off of some very good pitching.”

Josh Hamilton was talking about being tired. What’s going on there?:

“That’s just Josh. Don’t pay attention to what Josh says. … I don’t know. Sometimes I just think Josh is too honest. We all are tired right now and he’s just too honest, that’s all. … Don’t worry about Josh. Josh is going to show up and he’s going to play.”

Who do you think were the unsung heroes of the ALDS?:

“They certainly weren’t talking about Ogando. He was supposed to have hit a wall and lost it. … He stepped up big in three games. Everyone else, what Kinsler did. … You’ve got to give Matt Harrison a ton of credit for what he did [Tuesday]. Colby Lewis, what he did the other day. I wouldn’t consider him an unsung hero; he’s done that before in the playoffs. … It’s just been a group effort and we really haven’t hit on all cylinders yet. We’ve just played baseball the way the game has asked us to play it.”