Rick Barry: All of LeBron James’ Coaches Should be Ashamed of Themselves

Rick Barry isn’t the first one to call out LeBron James’ coaches at the NBA level for not being able to maximize his potential. But he might be the one that is most adamant about it.Barry, who says several times that the Heat should have won the NBA Finals in four games, chastises LeBron’s coaches for not teaching him the little things in basketball. He thinks that he could teach James a few things this offseason to make his shot better and then if he learned the little things, he could be a beast.Except that paragraph is putting it pretty nicely compared to what Barry actually said. In fact, he thinks all of LeBron’s coaches at the NBA level should be ashamed of themselves.Rick Barry joined KHTK in Sacramento with The Rise Guys to discuss the Mavs winning it all, how the role players got it done, LeBron’s comments after losing, what LeBron should work on most during the offseason and the debate over the greatest player of all time. 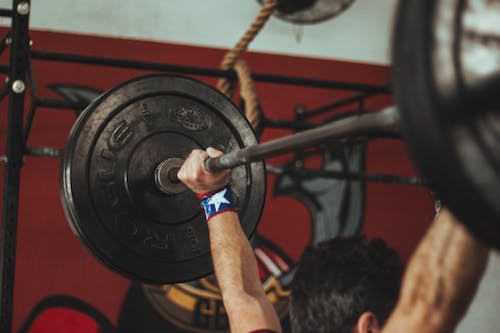 On the Dallas Mavericks winning it all:

How well did Dallas use its role players?:

“Here’s the thing, so many times in playoff championships, guys step up that you don’t necessarily think are going to step up. That’s what it takes, everybody contributing. … When you have bench players, you bring them in and you run stuff for them. You want to get offense off your bench. … They did a lot of stuff for Jason Terry right away and he responded incredibly well. I think he started off 8-for-10. … Watching [Miami] play was painful for me.”

On LeBron’s comments that he’s not worried about those who don’t like him because they have to wake up and go on with their lives and he’s still LeBron:

“I think he should have said, ‘Hey, you know what, yeah it bothers me that people think that I’m going to fail … but I’m going to try to do the best that I can.’ I think the best thing he could’ve said was, ‘They might be happy because I’m disappointed in myself. I did not perform up to the level that I need to perform for this team to be a champion and to win multiple championships and I will take responsibility for that. And I’m going to work my butt off in this offseason to come back and prove these people wrong.’ That’s what he should’ve said.”

Does he think the Heat can turn it around and win championships?:

“They could’ve won with him playing at this level. It wasn’t like he was horrific. They could’ve won. The problem is, the team itself did not execute and play good basketball in the fourth period. I will reiterate this, they should have won the series in four games.”

What should LeBron work on the most in the offseason?:

“His shot, first and foremost, because I think that’s where it all comes down to. If you don’t have confidence in your shot, it destroys the rest of your game. … Then, little nuances, facing up, learning how to be the guy learning to use y0ur first dribble to go by instead of everything off the dribble … learning how to use screens probably, then of course the coach running more plays for him where he can run off double and triple staggered screens, learning to curl it properly, learning how to do the little things in the game which, unfortunately, have not been taught to him, which I don’t blame him for. I blame the people who have coached him over the years. To have a talent like this and to not maximize the full potential of this talent is inexcusable and reprehensible to me and the coaches who have had him should be ashamed of themselves.”

On the debate over the greatest player ever:

“Here’s the deal, you cannot have a situation where you can compare all the players who are playing different positions and say who’s the greatest? It’s the best point guard, two guard, small forward, big forward, center. … I don’t understand why people continually want to do that.”