After a surprising 10-6 season, the Tampa Bay Buccaneers will enter the season with expectations with heightened expectations. We’ll see how they handle that after thriving while playing the ‘nobody believes in us’ card last season. Fortunately for Raheem Morris, the Buccaneers added some great talent in this year’s draft, particularly on the defensive side of the ball. With their first three picks, the Buccaneers bolstered their front-seven with the selections of Adrian Clayborn, Da’Quan Bowers and Mason Foster. The Bowers pick drew headlines of course because of just how far the Clemson Tigers defensive end slipped fell. As Morris explains, the risk was well worth the potential reward to select the nation’s sacks leader (15.5) in. Morris joined WDAE in Tampa Bay to discuss his approach to preparation while the lockout remains in limbo, the importance of the Bucs being successful in free agency whenever it re-opens, drafting Da’Quan Bowers in the second round, why he feels the potential huge reward was well worth the risk with Bowers, the new draft picks’ role in helping improve the team’s poor rush defense, what he sees in first rounder Adrian Clayborn, which of the team’s draft picks he’s had a chance to meet since last weekend, and being more concerned with getting his guys into game-shape and managing the group than he is concerned about teaching the incoming rookies the Xs and Os of the Bucs’ system. 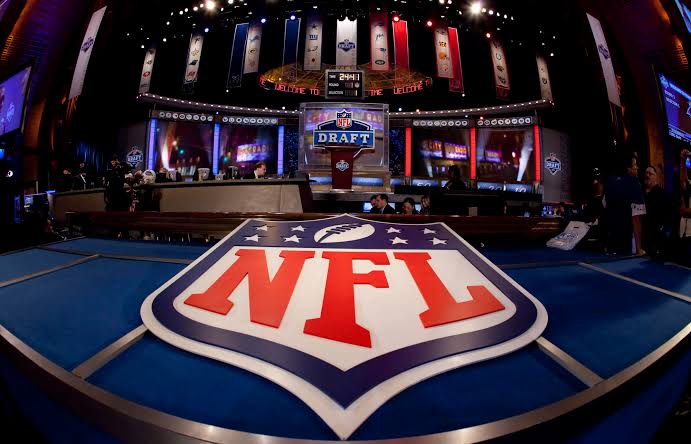 If he is finding it tough to prepare as if the lockout might end any day now, while also being very limited in what he can do while the lockout is in place:

“Nah, not for me man. I don’t look at it that way. I look at it as training’s starting tomorrow everyday in my eyes, so we’ve got be ready to go out and evaluate the free agents that are on other teams, the free agents on this team, and the free agents that are going to come up from this college draft as well. So you’ve got to look at all those guys and put those guys in order and how you want to request them, how you want to go get ‘em, how you want to attack people. I know we’re not a huge big team in free agency, but we are a big huge fan of signing our own guys and getting back guys that we drafted, and having that mentality to keep guys together for a long time so we can go out and win multiple championships.”

On being able to draft Da’Quan Bowers in the second round when in early February it seemed certain that the Clemson pass rusher would be a top-ten pick:

“I told people the other day, there’s a lot of risk with it but there’s a lot of reward. But the evaluation done my Mark Dominik and his staff and Todd Toriscelli and his staff as far as our medical department, and everybody being on the same page in this building including our ownership, was the real key for me; everybody being on board and taking that risk to get him here. To get a great player and potentially coming in here and being the starting left end for a long time or a short time was well worth the risk for us. High reward with us. A lot of people were scared to pull the trigger, we went out and did what we needed to do, and now hopefully we’ll got a great player here that our town can be real proud of.”

On how much longer Barret Ruud’s ‘intangibles’ will keep him in the lineup when he clearly leaves a lot to be desired, particularly against the run:

“You know, the thing about the run, and this is kind of why I say stats are for losers, is it all depends where it is. We got trounced in a couple of games that we did lose that you can mention we got trounced — in the New Orleans game — that first one I’m talking about — where they ran the ball well with Chris Ivory and they kind of gave us the business; but we also got trounced in that Washington game, but we were able to swing that game because of the production on offense and we get that to a two-minute game where we’re more successful. But a lot of the games early on — the Cleveland game where we had the ability to go out there and stop those guys and hold them under 100 yards when they were really able to run the ball well with that young man that they have whose name escapes my mind right now. But we were able to do a couple of good things against the run, but we’ve got to get better, there’s no doubt about it. And we will with the physical play from the front, the physical play of the linebackers, and it’s kind of a group effort more than anything. I think the improvement of the d-line will change a lot of those run stats as well.”

On the Bucs’ first round selection Adrian Clayborn, and what he thinks he’ll provide for the defensive line beginning in 2011:

“You know, when I watch Clayborn’s tape, I was really shocked that he was there at 20. When you watch the tape, see how physical he plays, some of the pass rush moves that he has, I know his sack production fell off so to speak last year –  he went from 11 to 3.5 — but when you watch the tape, when you watch the disruptive movements and the disruptive acts that he had, he could have easily had another double digit season and we wouldn’t even be having this conversation because he would be nowhere near us. If you would have told us in 2010, that we were going to have a chance to get Clayborn at our pick at No.  20 with winning 10 games, we would have said no way.  If you would have told me last year that we were getting Clayborn, that would mean we were on the verge of getting fired because of a 3-13 season. We’re extremely excited to have this young man with his physicality and his presence that he brings to the tape when you watch his junior year because we thought he was going to come out and you have to be ready for it.”

If he’s had a chance to meet the new Bucs draft picks and give them playbooks to start learning:

“Just the first day guy that we were able to see. If you guys remember correct, I believe the NFL broke the lockout for a second, and then it came back on the next day with the injunctions and all the lawyer talk…I’m not even going to try to give you all that lingo in. But we were able to get him in, and we were able to talk to him, sit him down with his coaches and some of those things. But the other guys we did not. That increases the importance of the guys in free agency — of your own guys so to speak. We don’t know what’s going to happen, we don’t know how long we’ll have to prepare, and to say you’re going to get a guy ready without an offseason — OTAs, mini-camps or some of those things that you know are very important…are critical to the position that you play like middle linebacker, like center, like quarterback…some of those things with the continuity and some of those things that you have to deal with for the season that lasts forever — that will be tough. But to get guys back and get guys in position to make another run, I feel very confident. We’ve got a lot of young men that love football. Our receivers and our quarterback, I’m sure they’re somewhere throwing right now because that’s what they do. I’m sure our linebackers are doing movements together because that’s what they do. I’m sure our defensive backs except for Ronde are all together doing movement work together somewhere and Ronde is sitting in his own laboratory in his house getting ready to go. But it is what it is man. I’ve got a lot of confidence in our young men loving football and those guys getting together on their own.”

On how concerned he is about being able to teach incoming rookies a new complicated system in potentially as few as four or five weeks:

“You know, the funniest part for me is I’m less concerned about teaching guys football. Because I told you last year we had the Rosetta Stone of teaching where we’re getting these guys off the waiver wire, and we’re getting these guys off trades and we’re able to put them right in the football game and play with some of these guys, with all the rookies and some of the new players we had to get during the season and right before the season. LeGarrette Blount and Larry Asante — these guys all played for us last year and they were here for about two weeks. So I’m less worried about that. I’m more concerned with how to manage the guys and get them into football shape, because as you know, you can do as much running as you want by yourself, you can do as much training as you want by yourself, but until you get out there and you get the elite movements, you get the hard cuts, the knee and ankle joint deals, the little nicks and nagging injuries that you’ve got to get over for that first couple of weeks — that’s what I’m more concerned with, how to manage that. That’s what I’m thinking about as head coach.”