In his first season as head coach in, Norv Turner lead the Chargers to their first playoff victory since with a victory over Tennessee, followed by a win over Indianapolis in the divisional round. The Charger lost the AFC Championship game to the then undefeated New England Patriots, but the bar was now set much higher in San Diego.Since the loss in the AFC Championship game to New England it seems as though the Chargers have gradually underachieved under Norv Turner. Slow starts over the last three seasons coupled with early round playoff exits have left many amongst the fans and media questioning if Turner is truly the right coach for this team. This season was no different. The Chargers started off 2-5 through the first 7 games and finished out of thE postseason with a 9-7 record.Philip Rivers joined XX Sports Radio in San Diego with Darren Smithto discuss how disappointed he (Rivers) was this season, on how does he sum up this season, on one play that stands out this season, on the “window of opportunity” closing as a player, on there being such a thing as getting use to losing and on what he would say to people who think Norv Turner is the problem with the Chargers. 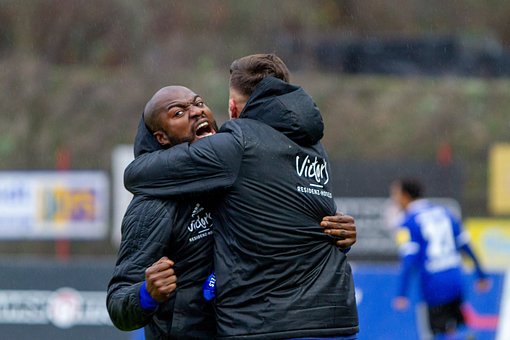 On how disappointed he was with this season?

“It’s rough. You certainly hope you don’t ever have to go through it or feel like this or be in this position. Once you get to it you even realize even more why you don’t want to be in this spot again. I remember saying this last year “time heals everything.” You watch these next 3 or 4 weeks to see who comes out on top, see what they do, see the things, maybe try to learn a little bit and then go back at it.”How does he sum up this season? Is he looking for positives? Is it a wasted season?“I don’t think any season is a waste. I don’t think any season stands alone. I see the whole last 5 years as one big season and the next 3,4,5 (seasons) to come as part of this one big season. We’re trying to get to the top, and when you get there it doesn’t end. You still keep trying to get there again. I don’t ever see a season wasted. I don’t see one season as a failure. We just took a little detour that we certainly did not want to have happen. Hopefully it only set us back a year to reach that ultimate goal of winning at all. There’s a ton of positives through spurts this year in games. There’s a lot of individuals that played really well throughout the whole season. There’s spurts of games where we played as good as we played in the five years I’ve been here, but we just made those critical errors. You can pick five plays, pick five different plays, probably 60 you can pick. But you can pick 5 of those any given 60 and change those we could be playing in the playoffs. I think that’s what hurts the most. It wasn’t a season where we just played bad, never got it going and just looked awful. It was a season where the bulk of these game we played at a super high level, but we let costly errors and things creep in that win games in Pop Warner.

That’s what ended up costing us. I think bottom line we had a chance to get there in Cincinnati. We had a chance down the stretch, but we just dug too big of a hole. When you go 2-5 you’re looking at almost having to win 13 in a row to win it all. We believed that we could do it. We almost did it. I think that’s what happened we dug too big of a hole.”One play that stands out this season? “I think there’s a bunch. I mean I could go through and list. There’s probably 60 of them. Any given five. I’m always most critical of myself. I think of the sack-fumble I had in Oakland. I think of the interception at Cincinnati.  I think of four downs inside the 5 at Kansas City. I could go on-and-on. There’s the jump ball to Malcom (Floyd) against the Rams where we were driving kind of early. You never know if that would have changed the game. Those are individual plays that I think of my own self. Then there’s the obvious like every single blocked kick we ever had returned. If you cut those in half you never know what happens.  I’m not pointing fingers. I’m just speaking the obvious of the mistakes that were made. Those are the basic mistakes you learn from day one. You have to protect the ball. You have to block. You have to tackle. You have to win the field position battle. You have to get off the field on third down. I mean you have to do all those things to win. We didn’t do those on a super high level like we’ve done in the past few years.

If I had to point at one thing that was ultimately a team stat that to me kept us from getting where we wanted to go was the turnover ratio. I think we were minus-6. I know we were minus. I don’t know if we have been minus over the last 4 years. I know offensively we had turned it over way more than we had in previous years. That’s the one stat that is in direct correlation with winning and losing.”Is the “window of opportunity” closing as a player? Is winning a Super Bowl ever going to happen for him?“I don’t think. I don’t think of it as “Is it ever going to happen?” I think of it as it’s going to happen and we just gotta keep plugging. As an individual from my standpoint it’s my fifth run at it as being the starting quarterback. I wish it happened 3 years ago or 5 years ago or my first year we had a chance for it too. I don’t ever look at it that way. I think that question can be best answered by maybe teams that it took a long time. There are teams that never have done it. Obviously we’ve never done it here, but I wonder how it was in Denver all those years and then they went boom-boom for 2 in a row back-to-back. I’m just thinking of teams as a fan. Green Bay has won one. They got there twice I guess. Then there’s places like New England where they won three in four or five years.

The odds are stacked against you to never win one, but we believe here we are going to get there. I am certainly confident we’ll get there. I don’t think it’s a matter of being patient. I don’t think that’s the word. You have to stay the course and keep plugging along because you never know which year it’s gonna be. You gotta believe it’s the next year every time you suit up.”What he would say to people who think Norv Turner is the problem with the Chargers?“I think that honestly that’s the easy way out. I think that’s the easy, easy answer. Well I don’t mean that’s the easiest answer. That’s the non I don’t like to say educated, but I’m saying people that don’t know, that’s the easiest thing to say “Oh that’s the head coach’s fault.” There could be somebody who has never watched a football game in their life and they can go “Oh they lost. It’s probably the head coach’s fault.” I think that’s just the biggest copout in sports really is to blame everything on the head coach.” I think if you asked everybody in that locker room and that would be the last, last reason on their list of why we didn’t make the playoffs and what the problem is here. Norv has taken this team in the right direction, he’s put together a heck of a staff, and every player in that locker room and every player that is coming back, whoever our team will be composed of next year has every bit of confidence and belief in him. To me that was the easiest decision. I shouldn’t say decision. I got asked “What do you think? There saying their bringing Norv back? I just thought what else are they going to do?” I don’t think that should have even been brought up.”