At the beginning of the season, there were a lot of questions and concerns about USC.  There is never a doubt about whether they are going to have a strong season in the Pac 10 under Pete Carroll, but after losing their starting quarterback from a season ago to the NFL, many questioned whether or not the Trojans could compete for a National Championship this season with a true freshman at quarterback.  Despite having a loss earlier in the year to Washington without Matt Barkley, I think it’s safe to say that Barkley and the Trojans are still very much in the National Championship picture.This weekend USC travels to Eugene to take on the number 10 ranked Ducks and have a chance to move even a step closer to a BCS Championship berth with a win.  Things won’t be easy though.  Since an opening week loss against Boise State and the punch heard round the world by LeGarrette Blount, the Ducks have been rolling through opponents and the Trojans will have their hands full on the road, at night, in a hostile environment.  Barkley and the Trojans passed that test once already this season when they went to the Horseshoe and won, now comes the second.Pete Carroll joined XX Sports Radio in San Diego to talk about Mark Sanchez eating a hot dog on the sidelines, playing against Oregon this weekend, the play of Matt Barkley this season and whether or not Stafon Johnson will play again. 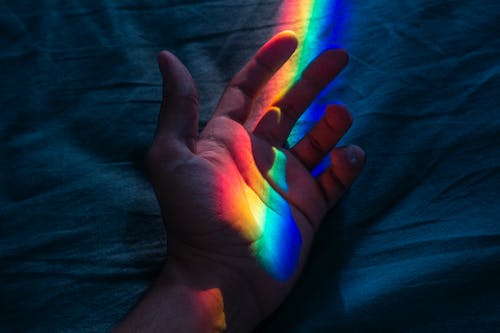 On Mark Sanchez eating a hot dog on the sidelines:

“We work on a lot of stuff when we’re here in the program try to get your act together so you can perform, play your best, represent and all that stuff, but I never covered the hot dog on the sideline thing and that’s my fault.  (Host: How could you not prepare him for that Pete?)  I don’t know how that slipped by me.  You can eat a lot of stuff on the sidelines, but when you eat a hot dog you never forget about it.”

On the play of Matt Barkley:

“It is a great story for us after seeing all the good kids come through here and do so well, but having to take two and three years to really get right and get on course with leading this offense.  Matt has just done an amazing job of handling everything.  I’m asked a lot about why and there’s so many reasons.  He has so many things going in the right direction.  He just can deal with this.  He’s having a good time, he’s lighthearted about it, he’s studying his butt off, he’s practicing well, his players like him and it’s an amazing combination of things that make this kid up.  We’re just having a ball watching him.  We’re not really concerned about the quarterback right now.  We got a lot of other stuff to be concerned about getting right each week.”

On what issues they are having right now:

“Any time it comes down to one game and you’re looking at what the issues, it’s about taking care of the football to win the game.  That environment, they’re going to be so hyped and if we give them big opportunities and big turnaround situations, then the place will go crazy.  We have to take care of the ball and do a nice job there.  The big thing for us really will be not allowing this offense to get off and get going.  This is a really explosive offense.  If they are on that day and their quarterback is running like crazy, you’ve got a lot of problems.  It starts with that and hopefully we’ll be able to balance out and play good on the other side.  They’ve been very effective on defense the last month or so.  There’s a lot of issues going up there.  It’s going to be tough.”

“He’s such a great guy that is connected with all of our players and they love him so much and he’s been so much fun and he’s been such a fireball in the locker room in preparation and when he plays.  He’s meant  a lot to this team and just him being OK at this time is something that uplifts everybody.  He can’t communicate yet as openly as he will I hope very soon, but just his presence has been really powerful for us.  The other night in the Coliseum, they showed him up in the press box, there was just this moment when you got to see this kid up in the press box on the big screen with a huge smile and it was just so uplifting and cool.  It’s something that I think most of us will always remember.”

On whether Stafon Johnson will play again:

“From all indications, he can play for sure.  There doesn’t look like there’s going to be any issues about him playing.  He does have the choice, because of the way it worked out, he will have the opportunity to redshirt, get this year and come back for the fifth year, but he will also have the option of the (National Football) League too.  So we’ll try to figure that all out and help him make that decision.  We’re really happy that he does have the option.  I don’t know at this time what he wants to do, but he’s a really good player, we’d love to have him back and we’ll support him any way he wants to go in this.”