Even though he was just 21-years-old last year and even though it was just his third year in the NBA, Kevin Durant emerged as one of the premier scorers in the league and one of the premier players as well. Durant led the league in scoring and was the centerpiece of a Thunder team that won 50 games and gave the Lakers everything they could handle in the first round of the NBA Playoffs before ultimately losing. This season Durant came in with high expectations coming off a World Championship appearance and the Thunder came into this season looking to try and take the next step in their development as a young team. While Durant is still dropping nearly 28 points a night, the Thunder have gotten off to a slow start at 3-3. Many people expected Oklahoma City to be the next team in line to challenge the Lakers out West and if that is going to happen, Kevin Durant needs to take his game to the next level and needs to play like the MVP in the NBA. Kevin Durant joined Fox Sports Radio with the Loose Cannons to talk about playing a pickup game with President Obama, how excited people in Oklahoma City are with the Thunder right now, whether or not he thought he would be at this level right now in terms of his development, and what the Thunder has to do this year to take the next step. 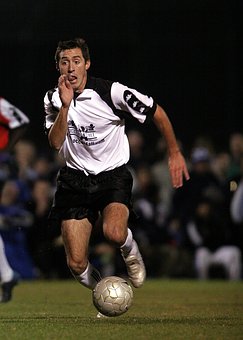 On playing a pickup game with President Obama:

“It was an unbelievable experience. Playing a pickup game with the President was great, especially having my teammates there with me as well. We had a lot of fun and it’s something we’re always going to remember.”

On people in Oklahoma being excited about the Thunder:

“A lot of people here are excited about the Thunder. They always support us every game and you just want to go out there and play as hard as we can for them. I think we’re getting better as a team. We have a long ways to go, but we’re growing and we have the right pieces to be a great team. We gotta continue to keep pushing and know every day that we step on the floor we need to get better.”

On whether or not he thought he would be in the conversation with Kobe Bryant and Lebron James when he first came into the league:

“I didn’t think that back then of course, but I knew if I kept working that anything could happen. I don’t think I’m quite there yet, but if I continue to keep growing as a player I will be at that level. That’s the only thing with me man. That’s all I’m gonna emphasize is always working hard and getting better every day.”

What they have to do to take the next step and get past the Lakers this season:

“We gotta know that we have to play tough on the defensive end and play together more on the offensive end. We have a lot of weapons on the team and we have to utilize them. I’m excited about what we have in store. Every day we have to continue to grow and always be focused in what we do. I’m looking forward to the rest of the season.”