No Offensive Line on Dancing With the Stars for Kurt Warner, I Hope He Dances Better Than He Moved In the Pocket

With the uncertainty at quarterback and the training camp battle between Derek Anderson and Matt Leinart, the Cardinals should be sending three players to Kurt Warner’s home to try and get him out of retirement. That’s not going to happen though. Warner has officially turned in his cleats for dancing shoes and will be on the newest season of Dancing With the Stars. Dancing With the Stars is back for the eleventh season and the cast was announced last night. This will be the first time that the show will feature a former quarterback as a participant. Despite the fact that many former NFL players have been on the show and have had some success, I have a hard time believing that Warner will continue in the line of a guy like Emmitt Smith who took home the crystal ball. After all, Warner had a hard enough time eluding pass rushers, was a statue in the pocket, and was never one of the most nimble quarterbacks in the league.Kurt Warner joined Mike and Mike in the Morning on ESPN Radio to talk about whether or not he misses the game, why he decided to go on Dancing With the Stars, whether or not he is going to be okay with some of the outfits, what he thinks of Matt Leinart getting benched, and whether or not Ken Whisenhunt may change his mind and go back to Leinart at some point. 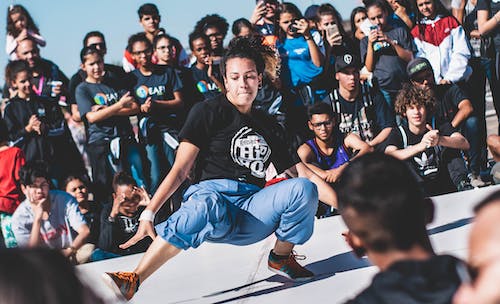 On why he decided to go on Dancing With the Stars:

Well you know this next phase of my life was really just about taking advantage of new and different opportunities and challenges. I spent the last  years on the field really preparing myself to do things off the field. As you guys know, my focus from day one beyond the football field was to impact people and I had a chance to do that with the football audience.I think this presents me with the opportunity to do that with a completely different audience. It gives me a chance to show a different side of me than a lot of people have seen underneath the helmet as a competitor. This is going to be fun and it’s going to give people a chance to see my personality a little bit. I look forward to that and I hope it opens up doors for me to continue to impact the world around me and the community around me in profound ways.”

On wearing crazy outfits on the show:

“(Laughing) That’s the thing that you try and keep way in the back of your mind. You try to focus on the dance part of it and how much work it’s going to take and that part. You don’t think about the costumes, the sequins, or the V-Neck shirts that you might be wearing at some point. Trying to avoid thinking about that right now.”

On Matt Leinart being benched:

“I don’t know exactly the feeling within the locker room. I think the feeling around the community is they were looking for someone to step in and do exactly what I did or what our team did the last three years and it wasn’t going to happen. Matt’s a guy that hasn’t played in a while, a young guy that’s still growing into the position. There’s no way you can expect him to come out and do the things that I have done, especially right away. He’s been very efficient in training camp, he hasn’t made a lot of mistakes, but I think the thing people are looking at is he hasn’t made the big plays, the impressive plays, and the plays that make you say ‘wow.’ I think that’s the unfortunate part of it. If they have made that decision, that he didn’t get the opportunity to get out there in the game, manage the game, and do what he could to help them win. I think that’s the hard part of this process that they didn’t have the regular season or a period of time to really try out Matt or either one of these guys. They had to make it based on a couple of preseason games and practices where you don’t know 100 percent what you’re going to get from a guy until he’s under the lights, in game action, and he has to respond.”