Nick Saban: “I like the investment the team has made to this point in terms of what they want to accomplish.”

You know life is good when a 10-3 season is considered a disappointment. But that’s how high Nick Saban has set the bar with the Crimson Tide football program. After winning the BCS championship in 2009, Saban’s squad lost three SEC tilts last year, though all were quality opponents (South Carolina, LSU and eventual champion Auburn). That’s not good enough though in Tuscaloosa, particularly that late season loss to the Tigers. Saban has built up a massive reservoir of good will though, make no mistake about it. ‘Bama fans are just ready to see their team back atop the conference standings after experiencing some growing pains as a young squad last season.Saban joined 790 The Zone in Atlanta to talk about the struggles of last year’s team, how tough of a challenge it is mentally to stay on top, why he thinks the SEC West is as tough and deep as it’s ever been, the devastating storms that ripped through the state and killed over 100 folks this spring, why the football season can hopefully be in some way therapeutic for those affected by the tragedy, and how his team needs to be better at the intangibles this season if they’re going to win close games and accomplish the goals they’ve set for themselves. 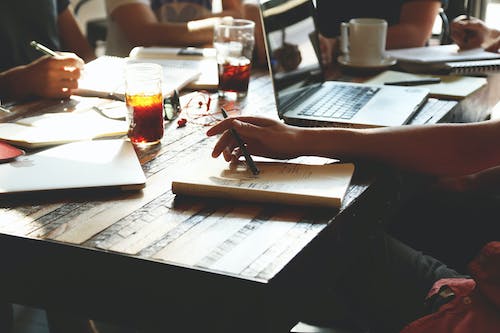 On last year’s team learning a hard lesson about the difficulties of staying on top:

“Well there’s no question about that. And we had kind of anticipated that because we had gone through the same thing at LSU after winning a championship and having high expectations the next season. I just think that when you have the experience and you accomplish things, how are you going to respond to that? Is it going to create a comfort zone for you? Or is it going to create a challenge to a greater standard of excellence? Unfortunately it’s human nature to kind of make it a comfort zone. So hopefully our players will respond. I really like the team we have this year in terms of the challenge that we’ve presented to them and what are you going to invest in yourself and the team so that you can get a better result. And we’ve had a good offseason, a good spring practice and a really good summer conditioning program. So we’ll see where that takes us. But I also recognize and have a tremendous amount of respect for the quality of our league, the quality of our division, the teams that we have. I mean, last year, five of the six teams in the West were in the top-20. And I think a lot of those teams have a lot of players back, and the one that wasn’t will probably make a significant improvement. So it’s going to be very competitive in our league as always.”

Whether he thinks the SEC West as deep as it’s ever been since he’s been a head coach in the conference:

“Well I certainly think that we always had two or three good teams in our division in the West, but when you start getting five deep, that’s tough. That means every game that you play in your division is against a top-15 team and you better be on your P’s and Q’s and be playing your best ball all the time. And that’s the biggest challenge — consistency in performance in anything that you do. And definitely when you have the level of competition that we do in our division.”

On how his team was impacted by the deadly tornadoes that ripped through Alabama this spring:

“I think this was probably the most devastating experience most of us, including our players, have sort of had to go through. You can see the devastation on TV, but when you meet the people that lost their business or home or loved ones, you get a little bit different personal impact that you can’t really get by looking at pictures on TV. I’ve been really been proud of the way our players and the people of the state have responded to help those affected. And we continue to try to support and rebuild our community, and there’s still a lot more to do. And I’m hopeful that our football season will provide something that’s positive and everyone can relate to that will relieve some of the pain and suffering that so many people have had to go through in terms of what they’ve lost.”

How emotional will Sept 3rd be for the people of the state when Alabama plays Kent State:

“I think everybody that’s been affected by that, that will be….everybody’s looking forward to that, everybody I think is sort of pointing to that as something is going to be a positive thing that can kind of change, or have an impact at least, on some of the suffering that so many people have had to go through because of the storm.”

On this years team being better in the intangibles department, something last year’s team lacked:

“Well I think that’s what makes the difference — what’s the character, what’s the leadership? I like the investment the team has made to this point in terms of what they want to accomplish, but being able to respond to adversity, playing well on the road, having a maturity to stay focused in difficult circumstances — I mean all these things contribute to your ability to play your best football in the most difficult situations. And that’s something that our team last year did not have the maturity to do. And the knowledge and experience that we gained there, I hope we use to be able to do that much better so that we can stay focused on the things that are going to affect the outcome of the game. You only have to wait and see to see how that goes. And you’ve got to get lucky and fortunate to keep the right guys on the field that can make an impact on the game — whether it’s the quarterback, the runner, the receiver, the leaders on defense. So that’s why we’re going to play all these games, and that’s why it’s going to create a tremendous amount of interest and enthusiasm in all these places.”