NFL Week 15 Previews: Eli Manning and the Giants Take on Michael Vick and the Eagles with First Place in the NFC East at Stake

The New York Giants were able to overcome the wacky circumstances thrown their way last week following the collapse of the Metrodome roof and can now focus on their pivotal Week 15 showdown with the division leading Philadelphia Eagles. After handily defeating the Minnesota Vikings, the Giants stand at , an impressive mark, but one that doesn’t at all guarantee them a playoff berth if they don’t finish strong down the stretch. A win against the rival Eagles though would go a long way towards positioning the Giants nicely for a return trip to the playoffs. All eyes will be on Michael Vick, but it’s Eli Manning who will need to elevate his play if the G-Men hope to notch an important divisional victory as the  NFL regular season enters the home stretch.Manning joined The Michael Kay Show on ESPN Radio in New York to talk about the Giants’ bizarre traveling and scheduling odyssey this past weekend, how it affected his routine and preparation for the Giants’ Week 14 game against the Vikings, why he felt the Giants didn’t execute all that well during their Monday night win over the Vikings, how he’s not necessarily concerned about the interceptions he’s thrown in recent weeks, if he feels the Giants will be at a disadvantage next week due to having an unexpected short week of preparation, and not being able to fathom making as many consecutive starts as Brett Favre. 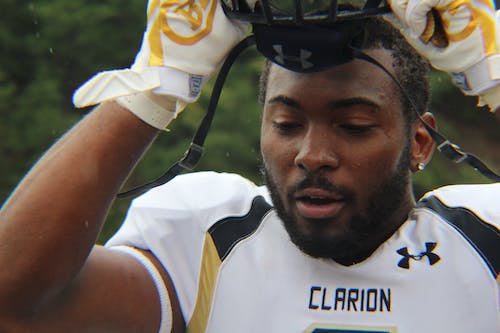 On the Giants’ bizarre traveling and scheduling odyssey this past weekend:

“It was a little different, and I think the biggest difference was our last practice before the game was Friday; we probably got off the field at about or so, and we hadn’t do anything football related really since then. Usually on Saturday or the day before the game, we usually have a walk-through, or we have meetings in the morning, and you have a probably a 25 play walk-through or something like that. We didn’t even have that. We tried to leave early on Saturday to get to Minnesota, we got diverted to Kansas City, sat in the airport there for a couple of hours [in a section] that was kind of roped off where people couldn’t get in there. But just kind of sat there, either on the airplane or you could go into this portion. We sat there for two plus hours. i think a thing like that where for three days, you’re just off, a lot of waiting around, where are we going to play, what are the circumstances. You can kind of get off your rhythm. you lose a little bit of what you’ve practice on.  In the NFL, you’re so trained to okay here’s our gameplan, this is what we’re doing this week, this is how we’re going to change things up, and you do it, you practice it, you play the game, and then all of a sudden you’ve got something new to learn. And you go three days without doing anything, and your mind may forget. So you’ve got to do a lot of review, talk things over, have a little chair drill Monday morning just to kind of get things fresh in our head. But offensively it took a little bit to find our rhythm, but we ran the ball extremely well, and played just well enough to win the game.”

On if he’s concerned about the interceptions he’s thrown in recent weeks:

“Well obviously I had one last week on a good play, this week I had two. But I thought we did a pretty decent job the last two weeks eliminating some of those. So no, I’m not concerned about that. You’ve just got to keep competing, keep fighting. We’re kind of happy about getting all the receivers back this week, but we lost them again. But we’re just trying to work with guys and get back on time. When you miss a few weeks and all of a sudden they come back and hey, you’re back to normal, you’ve kind of got to regroup, get guys back healthy, get your timing back again. So we’ve just got to keep working. The good thing at least is since we’ve had some injuries, we have receivers who have been here at least a month or so who know what’s going on with the offense and they’ll be able to step in and play well for us.”

On if he feels the Giants will be at a disadvantage for their Week 15 game against the Eagles because of the short week of preparation:

“No, I don’t think so. Philadelphia had to play Sunday night, so they had a long trip also. We’ve played Monday night games before and had to come back, so I think everybody got rest today, we’ll come in a little later tomorrow, get our reps back. At least it’s a team we know very well. We’ve played them once already, they’re a team we play twice or three times every year. So we know them well, now it’s just a matter of getting our bodies rested, and mentally learning the gameplan. It shouldn’t be a problem, we’ve just got to go out on Sunday and play a good football game.”

On if he could ever fathom playing as many consecutive games as Brett Favre, who’s streak of course came to an end this past week (Manning is currently at an impressive 100 straight starts):

“No it’s hard to even think about that and what he’s done. I kind of figured in my head that it would be another 12 years for me. So that’s hard to imagine. If you play 12 years that’s a great career. For me this is my seventh, to go another 12 more and not missing one game in that stretch would be tough to do. So what he’s done is incredible. It’s a shame it had to come to an end, but that’s just kind of the way football goes. I don’t know if he’s made any statements that he’s done or he’sretiring, but you just kind of get the sense that this might be the end. And that would be a shame. He’s been a great player for a long time, and his career should definitely be celebrated. It shouldn’t’ be thought of as this season and what’s happened. It’s the previous 20 seasons that he’s gone out there and won MVPs and championships. He’s one of my favorite players growing up watching him, and it’s still fun watching him last year and the play-making ability that he has.”