In the eyes of many fans and analysts at the outset of the 2011 NFL season, the St. Louis Rams seemed like a sexy pick to build upon their turnaround season in to make a run towards the playoffs in the wide-open NFC West. Quarterback Sam Bradford had a year’s worth of experience under his belt after a solid rookie campaign, Steven Jackson seemed healthy and was still regarded as one of the league’s better running backs, and the defense appeared like it would be improved and tough to contend with, especially at home playing in front of loud partisan crowds indoors. Nevertheless, an 0-2 start to the year seemed possible because of the Rams’ opponents in Weeks 1 and 2 — the Philadelphia Eagles and New York Giants.  What wasn’t anticipated though was their roster being decimated by injuries so early in the season. 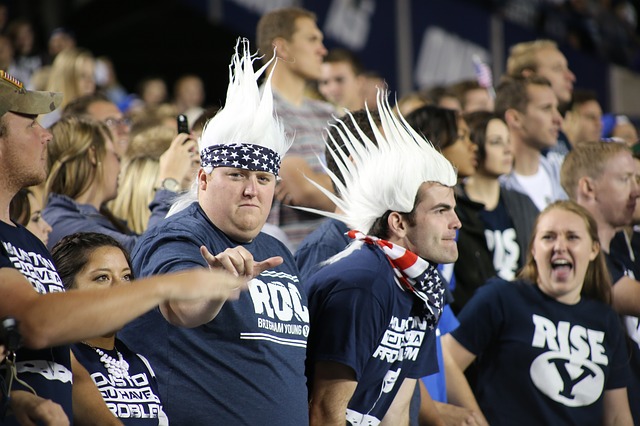 Jackson wasn’t able to play Monday night in a loss to the Giants, a game that was probably winnable had St. Louis been closer to full strength health-wise. In Week 1, the Rams lost Bradford’s favorite target in the passing game, Danny Amendola, for potentially the whole year with an elbow injury. Just like that, the Rams are back to having offensive weapons you have to look up online to figure out who they are. And consequently, the Rams are all of a sudden not such a sexy pick anymore.Steven Jackson joined ESPN 101 in St. Louis with The Fast Lane to discuss how hard it was to sit out Monday night, how the team is holding up at 0-2, if this is a critical time for the team, a Giants player who faked an injury during the Rams’ hurry-up sequence and if he’ll be back in Week 3.

How hard was it to not be able to play on Monday Night Football?:

“Not being able to play at all, it was hard. Being on Monday night, yes, of course, we all want to play then. But if it was just a regular Sunday kickoff at noon, the disappointment is still the same. I’m not able to help my team win and go out there and compete, which is what I love to do.”

How is the team feeling after the loss and the 0-2 start?:

“Today was different. We didn’t get back until about 3:30, 4 a.m. late last night. The overall feel of the team was kind of hard to gauge because it’s not like a regular Monday where you come in for a team meeting. But the feeling I got from the locker room, after the game, immediately, was we shot ourselves in the foot. We didn’t execute and we were disappointed.”

Is this a critical juncture for the team?:

“I do think it’s man in the mirror time; I agree with you there. It just comes down to I think we have to think about, especially [Monday] night, our go-to guys, our marquee guys right now on offense. … You just look at the offense itself, we have a second-year quarterback and some of our primary receivers are second-year or rookies. We have a lot of young guys. This is what we’re dealing with and these kind of games are going to allow them to grow a lot faster than normal.”

What did you think about the Giants faking an injury during the no-huddle?:

“Yeah, that’s hard, man. Evidently we know he was faking it and he slowed down the pace and we were moving the ball and they were winded and tired. It’s unfortunate. In that case, it’s hard, because if a guy is really hurt — it’s more shame on Deon Grant, that’s all you can say, because if a guy’s really hurt, he’s got to get off the field. You don’t want a referee or someone to question the toughness of a player, but at the same time it was clearly that he was faking. The referee needs to be able to sniff that out. He should see that.”

How’s next week looking for you to return?:

“Well, you know, we’re going to be hopeful and we’re going to say that I’ll be able to go Sunday, but it’s going to be day-to-day. A quad, a hamstring, these muscular injuries, they’re tricky because one day you feel good or you could have a few good runs and then all it takes is maybe another explosive run and it’s just not fully healed from the last injury.”