Whether or not there will be football played in the NFL is anyone’s guess at this point and there are a number of things that are on the table for negotiation. Negotiations are still ongoing and they will probably continue up until midnight on March 3rd or maybe even beyond. However, it seems like one of the things that the players and the owners are far off on is an 18-game schedule. With all the injuries this season and all the different players that have been forced to play this year, the league might want to rethink their stance on an 18-game schedule. The NFL has never been more popular and two more meaningful games would be something that fans would love to see. However, if it’s the main sticking point in negotiations for a new CBA, then the NFL should rethink their stance because with the popularity of the game right now, nobody involved can afford to have a lockout in .Mike Vrabel, NFLPA executive committee member and Chiefs Linebacker joined ESPN Radio in Dallas with Ian and John to talk about whether or not there will be an NFL season in , how the negotiations are going, what is preventing a deal from getting done, and how much of a factor the potential 18-game schedule is in the negotiations. 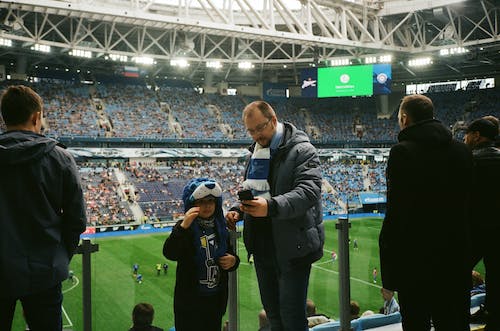 On whether or not there will be football in the NFL next season:

“I certainly hope that we are, I hope that I am, and I hope the National Football League is, but any time that there is a negotiation or things that are ongoing, you can’t put any kinda guarantees on anything.”

On how the negotiations are going:

“I think the executive committee has been a part of the negotiations but we have two members on the executive committee that for whatever reason didn’t play football this year with Kevin Mawae and Dominique Foxworth so they were able to go to a lot of meetings and be involved. I think as players and executive committee member’s seasons wind down they will be a part of those meetings. I know Roger (Goodell) and DeMaurice (Smith) are in constant contact as is our counsel and the NFL with Jeff Pash. To say that negotiations are good or bad, it’s a negotiation so at the end of the day when things are done and there’s a deal in place, I think both sides are going to feel pretty good and both sides are going to feel like they gave up a little bit. That’s the idea with a negotiation. To say that they are going good or going bad, they are ongoing.”

On what is keeping the deal from getting done:

“I think you have to look at the history behind this thing. The players, they didn’t want anything. We didn’t want anything but the current Collective Bargaining Agreement that we had in place. When the owners opted out two years early, we’re forced to now negotiate another deal. To the NFL owners that structure wasn’t working and now they’re attempting to take back some revenue that had been given to the players in previous CBA’s. We’re not about to go back to where we were with times of 1985 and the revenue that was shared during that time. This is a strong, popular game. You guys do radio shows, this NFL season grabs people, and it’s going to keep them till February of whatever day the Super Bowl is, then it’s going to go into the combine, then the draft, and then the mini-camps. This thing is a year round business and it’s the best thing going. The players aren’t going to do anything to screw it up. We’re going to sit there and negotiate in good faith. We’re not going to ask the fans to pick a side, we want them to side with football. The game needs to be what the fans should be siding with. They deserve football and we’re going to do everything in our power to give them football.”

On how much the 18 game schedule plays into the negotiations:

“I just think that we listened to that proposal, we were able to hear it, wanted to try and make it work, but at the end there wasn’t enough getting to even take that back to our players and try to sell that. I think DeMaurice Smith did a good job of relaying that message to the executive committee and just saying guys there’s not enough there, I can’t sell this, and I won’t try to sell this in our locker room. I think until things change I’d say that’s not going to be a possibility with the offer that was on the table in exchange for 18 games.”