Mike Shanahan Has A Tall Task Ahead

If there were ever a guy fit for the Washington Redskins head coaching job, it would be Mike Shanahan.  Since taking over as the owner of the franchise back in ’99, Daniel Snyder has had six different coaches and now Shanahan is the seventh.  There was no accountability with any of the coaches previous besides Joe Gibbs.  Coaches need a tireless work ethic and grittiness about them in order to lead an NFL franchise.  He is a no nonsense-type-of-guy and players are either going to do what they are supposed to do or they are gone, as was evidenced by Brian Griese and Trevor Pryce being shipped out of Denver while Shanahan coached the Broncos. Another reason why Shanahan is a great fit in Washington is that he is a personnel guy.  He has an uncanny knack for assessing a player’s ability and with the Redskins he will essentially have full-autonomy over the player personnel department.  Yes, they did hire Bruce Allen last season as their General Manager, but he will be a puppet on a string to Shanahan and Snyder as far as personnel decisions go.  It remains to be seen how Shanahan will do in his first season back from a year off, but I think he will do just fine.  Within two years, he will have this organization turned around and contending for NFL East division titles. Mike Shanahan joined ESPN Chicago to talk about his thoughts on the new overtime rule, how he spent the year off from football, what his thoughts were on the Bears acquiring Jay Cutler, and what were his thoughts on his season this year. 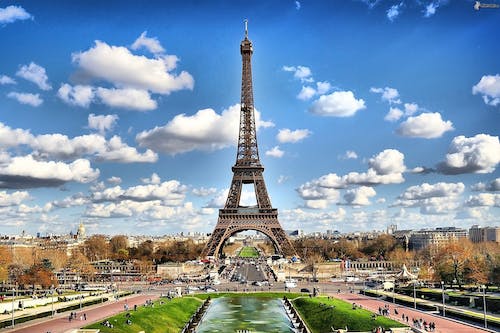 His thoughts on the new overtime rule:

“Well number one, over the years being in these meetings, if the commissioner and the owners really believe a rule is in the best interest of the league they’re going get it passed.  A lot of times they’ll table it until May, if they don’t feel something is going to go through that they really want.   This is a situation that I felt they were very up front about, knew the commissioner wanted it, there was a number of owners that wanted it and they just put it through a little bit earlier than they normally do.”

Whether he is in favor of the new overtime rule:

“Yeah, I don’t mind it.  I don’t think there is a perfect way to solve this problem that we have.   I was looking forward to doing something.  I didn’t know exactly what was the best situation.  I think this is a good start for the league.  I think the big question is, ‘Do you just do it in the playoffs or do you do it during the regular season as well?’  I think that will be talked about in the next month or so.”

Whether he would like the new overtime rule to be added to the regular season as well:

Whether coaches are more apt to kick off in overtime or would coaches still always want the football:

“Well, I think it could go either way.  A lot depends on the wind, what type of defense you have, what type of offense.  Obviously if you score, you score a touchdown, the game is over with.  So I think ultimately with a good offense you believe you can score and end the game right then and there.  Also depends on your field goal kicker and how good he is.  So I think there are some variables in there that could go either way.”

Whether there any other changes he would like to see the owners vote on and pass:

“I’ve been doing this, been in these meetings for a number of years and what I think they try and do is upgrade the game every year.  The competition committee, number of people on that, they hear different recommendations from different organizations and every year they’ll bring up about ten different new things if it’s rule interpretation if it’s changing of rules.  I think that’s the reasons our game keeps on getting better as we do change little things every year.”

How he spent the year off from football:

“Well one thing, I think, if you want to stay in this game, or you want to be good in any profession you better be constantly learning.  But it was something that I’ve never had the opportunity to do in a long time, 25 years.  I actually had a chance to go to a couple of pro camps and see how they did things.  Two organizations that have been very successful over the years and that was a good experience for me to see how different people do things at Pittsburgh and New England.  Then I went back to my stomping grounds when I coached ’80-’83 for the Florida Gators.  I went out there to watch their practice.  Obviously with them winning a couple national championships, I wanted to see how Urban was running his practices and hadn’t had a chance to see a college practice for a number of years so that was quite interesting.”

How he thinks Tim Tebow’s skill set will play in the NFL:

“I just think Tim Tebow is a winner, he is going to make it.  In fact, worked him out on Saturday.  You’re talking about a great kid.  He’s going to find a way to get it done.  I just think he just brings so many tangibles to the table that he’s going to find a way to do it and I think that he can do it in a number of different ways.  He can run that Wildcat.  I think regardless what offense you’re running he will spend the time that is necessary to work at it and eventually get it done.”

“Well first off I’m a Jay Cutler fan.  I can just talk about what Jay Cutler did for Mike Shanahan, not exactly his experience in Chicago.  But Pro Bowl player, had a good supporting cast around him , a worker, very smart, handles himself like you want, I thought he was just getting better and better.  Obviously there are going to be some road blocks for every quarterback in the league and he’s going through a tough situation right now, but my opinion is he’ll work through it and Chicago will be very proud to have him as their quarterback.”