SRI continues to work in new writers. This post is courtesy of Chris Fedor of WKNR in Cleveland.  After finishing last season at 8-8 and rallying down the stretch to win five of their final six games, the Houston Texans came into the  NFL season with high hopes and playoff aspirations.  They have one of the best receivers in the entire NFL with Andre Johnson, they had one of the most productive rookie running backs in  with Steve Slaton and they have a quarterback that, when healthy, can put up some big numbers.  The Texans certainly think they have a solid nucleus in place to make a run at a playoff berth in the AFC.They didn’t start the campaign the way they wanted to yesterday against New York.  Despite being at home, the Texans lost to the upstart Jets and a rookie quarterback making his first start in the NFL. It was complete domination as the Jets won 24-7.   The Texans are built around their high-powered offense and if they are going to make a playoff push, their quarterback Matt Schaub is going to have stay healthy for all 16 games of the season and he’s going to haveto be more productive than he was yesterday against New York. Schaub completed just 18 of his 33 passes for 166 yards and didn’t throw a touchdown.  In fact, the only Texans points came defensively on a fumble recovery for a touchdown.  Things aren’t going to get any easier for Houston this weekend as they travel to Tennessee to take on the Titans. Matt Schaub joined KILT in Houston to talk about his health this season, the loss against the Jets, the struggles that the Texans had offensively in week one as well as traveling to Tennessee at 0-1. 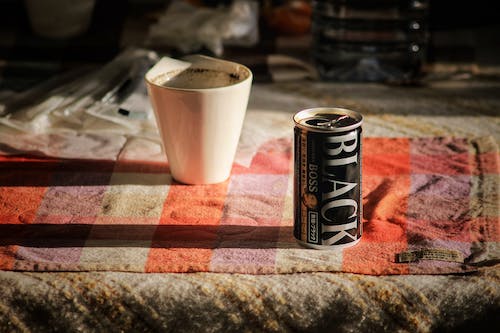 On his health going into the first game after sustaining an ankle injury in the preseason:

“I felt pretty good out there. I was really trying to get as much rehab since the Minnesota game as I could, just to get myself to the best possible situation and be able to move around and make plays out there and I felt I was able to do that.  You know obviously it’s not like I was able to run away from anybody or do to the full extent what I’m capable of out there, but I was at least able to drop back and make the plays I usually do from the pocket.”

On the play of the defense despite a lack of offense:

On Gary Kubiak taking the blame:

“Other than the players, he’s the leader of this team. He’s the head coach and the one who faces the media first and is the voice of the team, from that respect. It’s a collective effort, but he is going to take the onus on him and get that burden on his chest and on his shoulders.  But as players we are the ones out there playing the game, we’re the ones out there that didn’t get it done and you know he’s not going to go out and call players out in the media and news like that because that’s something that we keep in house.  We’ll discuss our issues and talk about why things happened the way they did and what we have to get corrected and we’re going to handle that amongst ourselves. It’s not something we are going to share with outside sources or talk about publically, it’s just something we are going to deal with and move forward because it’s our team and it’s about us. He is definitely not the one to blame and take the heat, but that’s just his mentality and his mindset. We’re the ones as players that go out there and do it and we didn’t get that done.”

On the team bouncing back after starting 0-1:

“That’s the crazy thing about the NFL.  Different from any other sport, we have to live six days or seven days with this taste in our mouth until we can go back out and get a better taste in our mouth and go out and prove ourselves and play again.  Whereas other sports you come out the next day and you can erase those thoughts, we have to live with it this week, but what we have to do is go in and watch the film here today.  It’s our opening game. There is a lot of build up and anticipation for this moment. We went out and we didn’t play well as a football team.  It’s one-sixteenth of our season.  We have to understand that and we have to come out and know that we have a chance this week to get all that back and get that good feeling back in our bodies and in our minds and move on to the next one.  We just have to go out and learn from this one, understand what happened and come out and practice with a sense of urgency to get better and be more prepared for this week knowing what we have to go do on the road at Tennessee.  We have to rally around each other and know that we have a chance to go out and get it right back to 1-1”

On playing the Titans this weekend:

“It’s something where we go back and watch this film today.  I’ll tell you what, if guys don’t come out of this meeting today from watching this film with a chip on their shoulder and anxious to get back out there and play the game, if they wanted to play it tomorrow I have a feeling because it should hurt deep down in our gut and we should really be ready to go out and fight.  All we have to do is put on that film, both of the Tennessee games from last year, watch that first one and how it went down and let’s go watch this second one and see what was different. We just have to go find that chip and that sense of urgency and go out there and take it to the field on Sunday.”