As optimism continues to grow each and every hour this week everyone is keeping their fingers crossed that the NFL lockout will finally come to an end. Let’s wait and see if that will happen, but free agent speculation is starting to percolate and one player who is continuing to garner a lot of press in terms of his future destination is Plaxico Burress. Michael Vick can emphasize with Plaxico Burress considering he has paid his debt to society after being convicted of taking part in a dog fighting conspiracy, and in the process became the symbol of a superstar athlete that had it all before seeing it all taken away as a result of serious errors in judgement and violations of the law. Vick comes into the 2011 season (if the lockout were to be lifted) as the starting quarterback for the Philadelphia Eagles and he hasn’t had this feeling of confidence since being the man under center in Atlanta in. 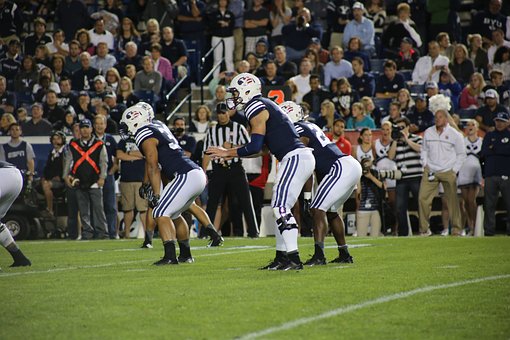 In late May, Vick made it known that Burress would be coming into the NFL with a big chip on his shoulder and now he’s not sugarcoating his affection for the former Steelers and Giants wideout. In the following interview with Stephen A.Smith, Vick gushes over the idea of having Burress line up for the Eagles offense even saying he would be a good leader for the young players in the locker room. Apparently the Eagles can never have enough weapons on offense according to number seven as he feels his team is loaded with future Hall of Famers. That may be a stretch when the word Hall of Fame gets thrown around like that, but there’s no question that if Plaxico Burress lands in Philadelphia it could be a nightmare for opposing defenses throughout the league. Michael Vick joined ESPN New York on “The Michael Kay Show” with fill-in host Stephen A.Smith to discuss the feeling of knowing he will be the starting quarterback of the Philadelphia Eagles this season, the lockout affecting his preparation this off-season, the one particular issue that he has been focusing on from his perspective during the lockout, the difference between coming in as the established starter this season as compared to being the backup over the last 2 seasons, his maturation over the last 2-3 years since returning to the NFL and his desire for Plaxico Burress to become a member of the Philadelphia Eagles when the lockout is lifted.

How does it feel to know you are going to be the starting quarterback of the Philadelphia Eagles my man?

“It’s great. It’s awesome to be in that position again and ready to take that role on and take it one step further this year and duplicate what I did last year, but I obviously want to accomplish that one common goal and that is winning the Super Bowl.”

How has the lockout affected your preparation?

“Well as far as preparation and going out and playing football I don’t think it affected me as much. I obviously can learn more when you have mini-camps and OTA sessions. You got your quarterback school going and you are meeting your coaches every day and there always is more to learn with being a quarterback. I pretty much kept all of our game plans last year. I had a lot of film prior to the lockout taking place. I try to keep my mind into football, but at the same time taking a break, but still understanding that at some point we will be playing again and wanting to be ready.”

Has there been a particular issue that you have been paying attention to in this lockout?

“Obviously the agreement that has to take place between the new CBA and the free agency and the franchise tag situation, so it’s a lot of moving parts in this situation that I think we as players have to pay attention to because it can affect you in great detail, so I wanted to know what was exactly going on. Sometimes I got lost because a lot was going on, but for the most part I understood what needed to happen in order for us to have a season this year and for things to take place to sort of have everybody happy at the end of the day.” How different is it going to be for you to come in as an established starter as compared to being the backup under

Donovan McNabb and Kevin Kolb in the years prior to this one?

“It won’t be that much of a difference because last year I was the backup and the year before. I just took the approach as if I was playing. In this league you are always one play away and I always understood that, so going into this year I know I have to be focused. I have to be able to go out there and perfect that leadership role that I have always been able to do and just play the game the way I have been playing it. I’ve been a starter in this league before. Of course I was younger back then, but now I feel like I am more mature. I know I want from this game and I know where I can be of value, so I’m excited about the players I am with and the coaches I am with. It makes me approach the game this year with a lot of confidence.”

How much has Michael Vick matured over the last 2 or 3 years? Put that into words for us?

“I think as you grow older you learn a lot more. You pay more attention to detail in all aspects of life. Obviously having a family and having 3 kids establishes responsibility, so I understand that. I think the situations that I have been through was good and bad, but it’s helped me get to the point where I am now where I can honestly say I am happy with the person I am now moving forward with my life and still learn as much as I can. I don’t ever want to feel like I know it all and always want to be open to advice and make sure I use it correctly. I think the experiences I faced over the last 3 or 4 years has helped me become a better person and I appreciate that. I wouldn’t change it for the world.”

Hold on now Michael are you saying you want Plaxico Burress on your team even though you have DeSean Jackson, Jeremy Maclin and Brent Celek?

“I mean you can never have enough weapons I think. Obviously we’ll find a way to use them as well as the other 31 teams in this league who will be vouching to get him. I’m saying I wouldn’t say no. I wasn’t opposed to it. I would definitely open an invite if it was there and just see what happens. DeSean [Jackson] is a great player. He’s a future Hall of Famer. Jeremy [Maclin] is a future Hall of Famer. Brent [Celek] as well, but we want to maximize our talent and I’m sure we’ll find a way to use him. We have great, great, leaders. I also think he would be good for the young guys. We’ll see what happens. It may happen. It may not.”

Don’t you think it is absolutely crazy for the New York Giants to even let Plaxico get on your squad?

“[Laughs] Who wants to line up against Plaxico? He’s a weapon man. You don’t get too many receivers with his size, but the talent and the passion and what he brings to the game is uncanny. Whoever gets him is going to be very lucky.”