Maybe Their Marriage Isn’t a Sham After All
by timgunter

After spending the first twenty-five years of her life in the background, Khloe Kardashian has finally emerged from her sisters’ shadows after marrying Los Angeles Lakers player Lamar Odom.  Khloe grew up as the youngest sister and always had to fight for the spotlight but not anymore.  Now, she has to constantly fend off the paparazzi because of her new found star status.  She has become accustomed to the spotlight ever since ‘Keeping up with the Kardashians’ debuted.  Some thought her marriage wouldn’t last long because both of their shotgun wedding and their hectic schedules, but that hasn’t been the case.  Even though she has a busy schedule, Khloe tries to make it a point to either attend Lamar’s games or watch them on TV.  She was there to see the Lakers beat the Oklahoma City Thunder Friday night and she was there last night.  It looks like the Lakers have another fan to add to their already huge fan base. 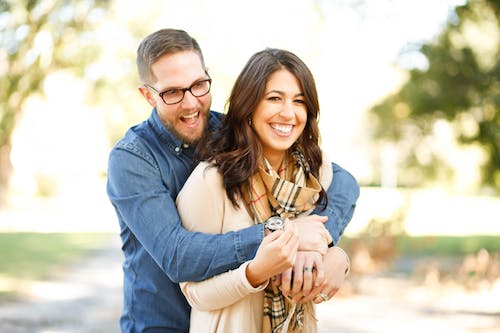 Khloe Kardashian joined ESPN Radio in Los Angeles to talk about whether she cheered or held back emotions while watching the Lakers game in Oklahoma City, what the first year of being a Los Angeles Lakers wife is like, and what her highlight was from visiting the White House with the Lakers.

Whether she cheered or held back emotions while watching the Lakers game in Oklahoma City:

“I held back for my own safety.  Listen, I am new to basketball so I try.  When I am comfortable, I start screaming.  When I am at home I go crazy.”

Whether she found a cool club in Oklahoma City to go to and party:

“Uh, no, besides some barn or something.”

What the first year of being a Los Angeles Lakers wife is like:

“It is my first year really into basketball and I think that I am catching on pretty quickly, which I’m excited about, but I am so into every game.  I actually watch every road game that I can if I am not with Lamar.  I try to watch it and I go a little crazy, but I love how my whole family is now into basketball.  It is pretty cool.”

What her highlight was from visiting the White House with the Lakers:

“Uh, I mean meeting the President, of course, and seeing my husband be honored and the whole team.  But being there for that whole ceremony was such an honor and a blessing.  I never thought I was going to go to the White House.  It was never really something that I thought was going to be in my future.  But, hey, being with Lamar big things happen, right?”

What nickname people are giving her marriage:

Whether the nickname O’Dashian would work:

“I saw a couple of jerseys at the Lakers game like that so I hear that is a new nickname too.”