You probably aren’t aware of his work with LeBron James, but Buzz Bissinger, the acclaimed author of Friday Night Lights and A Prayer For The City, spent quite a bit of time with LeBron and his entourage while co-writing Shooting Stars with King James. So, what did Bissinger think of James’ decision to leave Cleveland and sign with the Miami Heat? Let’s find out. Bissinger joined Into the Night with Tony Bruno to talk about the saga that has been LeBron’s ‘Decision’ in recent months. Hint: he’s not been impressed. “Yeah, I mean, I found it frankly disgusting and it was simply not the LeBron James…look, I don’t know him that well, but I spent time with him, I spent a lot of time with the people around him, and when I spent time with him for the book, he was grounded and down to earth  and had a certain humility. And then I feel this whole free agency thing was handled terrible. Whether it was appearing with Larry King during the NBA Playoffs, whether it was not talking to Tom Izzo, whether it was making all these grown men grovel at his feet in Cleveland and Akron and then culminating in one of the most boring hour and fourteen minutes of television that I’ve ever seen, I didn’t buy it and I don’t think it helped him.” 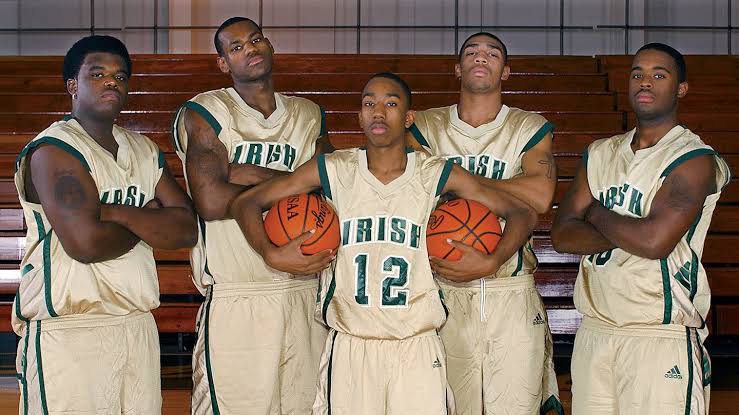 On whether he thinks his decision was good for the NBA:

“You know, that’s a good question. I’ve been thinking about that a lot back and forth. I think there’s going to be a lot of teams that really want to beat the Heat. The other problem is you have three superstars on one team – are you going to have the same competitive rivalries that you had when you had Larry Bird and Magic Johnson? But I think Chicago is going to be ramped up to take the Heat; I think the Knicks are going to be ramped up to beat the Heat, so the game in a sense, because it’s basically a free agency collusion, I think it’s going to maybe more exciting for the NBA.  What I find most interesting is I think LeBron no longer wants the pressure of being the man, which to me indicates he doesn’t want to be Kobe, he doesn’t want to be Michael Jordan. I’m not sure he wants to be the guy who takes that last second shot. It sounded to me as if he would be just as content if Dwyane Wade took it, and he wants that pressure taken off of him.”

On the anti-climatic nature of the announcement:

“I agree. I mean, LeBron was very flat emotionally, very flat emotionally. I think he, frankly, in terms of endorsements he did himself no favors – he showed no personality whatsoever. What surprised me was how flat he was about Cleveland. I thought there would be some heartfelt sentiment that this was a really hard decision. He said it, but I wasn’t sure he meant it. And a lot of it was how great he’s been and how he’s given them seven great years. You know, great athletes face adversity and they learn from it. I think LeBron  feels like he’s never faced adversity. I think he feels that losing in Cleveland was not his fault, it was the fault of his teammates, that his game performance was the fault of his teammates because they weren’t picking it up. I just think he’s not looked down the face of adversity and taken on any responsibility for it. And whether he does or doesn’t, I don’t know if he will in Miami. I mean, I think Riley is a coach with enough money that’s going to look him in the eye at some point and say ‘LeBron you know what? You’re spectacular, you’re great, but you’re not a winner.’ And unless you become a winner, you’re never going to get to the place you want to be at and nobody has told him that since Keith Dambrot when he was a sophomore in high school.”

On if he thinks LeBron hurt himself by surrounding himself with childhood friends:

“Well you know, look, I know some of them. I know Randy Mims, I know Maverick Carter. I think Maverick Carter is a smart guy, but as far as I know, none of them have college degrees, I think that means something. Tony look at it, look at what he did tonight – where did he appear? Which town? The Boys and Girls Club of Greenwich, Connecticut? Greenwich, Connecticut is the wealthiest town in the United States. That to me indicates that these guys are just not thinking . If you want to make a statement, there are a thousand places in this country, a hundred on the East Coast whether it’s Philadelphia, New York or Washington, where kids are desperate and they need to have dreams, and they need to have LeBron do it there. In Greenwich? They had to ship those kids in. They don’t have that many African Americans. It says to me he thinks they’re a hell of a lot smarter than they are. And judging from Twitter, judging from Cleveland.com, judging from ESPN, people have had it. They’re saying he’s a great basketball player, so what. He’s milked it for every nickel of publicity that he can get and I think they’re tired of it.”