Carolina GM Marty Hurney: “All you have to do is look at the draft order — teams at the bottom have elite quarterbacks.”

For a man who was once a reporter by trade who got his first NFL front office job coming out of the Washington Redskins PR department, Carolina Panthers GM Marty Hurney sure seems to have scant patience for some of the stuff being written and said by current media members. I’m referring to Nolan Nawrocki’s scathing assessment of Cam Newton in Pro Football Weekly’s annual draft magazine. Hurney doesn’t indicate that the Panthers are leaning towards taking Newton with the No. 1 overall pick in this year’s Draft. In fact, he reiterates that the organization has multiple players it’s taking a close look at and that the order changes daily. But from the sound of it, Newton is still very much in the mix to wind up as the Panthers top draft pick. Hurney explains that the Panthers would be foolish not to spend a lot of their time and energy looking closely at the top quarterback prospects simply because of how valuable the position is. 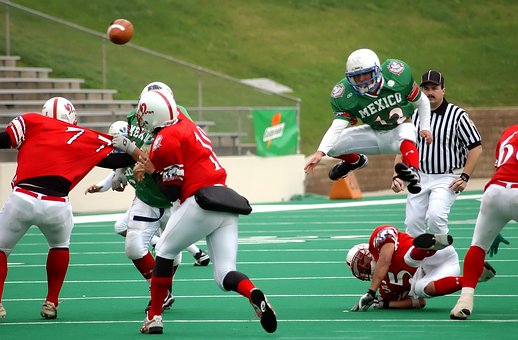 Hurney joined The Mac Attack on WFNZ in Charlotte to talk about the recent Pro Football Weekly column about the red flags surrounding Cam Newton and how his draft stock was falling in the eyes of many teams, how he dismisses the article and ones like it, how he laughs at comments along the lines of ‘there’s no Sam Bradford or Matt Ryan in this year’s class’ for the simple reason that Bradford and Ryan were not considered slam dunks during the lead up to the respective drafts that they went in, all the varied opinions about which direction Carolina might be leaning with the No. 1 overall pick, and if he’s heard anything about a rookie wage scale being negotiated in the labor dispute and if that will affect the Panthers’ decision in terms of potentially trying to trade out of the top pick.

His thoughts on Nolan Nawrocki’s recent reporting on Pro Football Weekly about Cam Newton and what stock, if any, he puts on some of the negative things that are being said about the Auburn QB:

“Well sure, I think all these players not just Cam Newton, there’s always things you investigate. I mean, to me, I don’t pay much attention to all that other stuff. First of all I guess I read they said he’s never met Cam Newton, so who’s he talking to? I mean, he said he’s talked to decision makers — well we have the No. 1 pick and he’s never talked to me. So I don’t know, could he be talking to people who want to put smoke screens out there to get him? You don’t know. Everybody’s got an agenda in what they do, and really, he did his job — he’s selling books, he’s gotten a lot of attention out of this. So I don’t know. These things are all what I think make the NFL so popular because there’s so much to talk about, and we have so many people with opinions now and everyone is different. But the bottom line is we’re going to have to make a decision that we’re going to have to live with, and it’s going to be a critical decision for our franchise. So we’re spending a lot of time on all the top guys up there. I’ll say this, this next three weeks, everyone of these kids you talk about, we poke holes in. And everyone’s got holes and then you build ‘em back up. But they’ve all accomplished a heck of a lot to have us talking about them right now.”
On his reaction to Ken Whisenhunt’s recent comments that there’s probably not a Sam Bradford or Matt

Ryan type of QB prospect in this year’s draft class:

“Well I laugh anytime I hear any references to Bradford or Ryan, because before they played in the NFL, nobody thought they were Bradford and Ryan. I mean, there weren’t a lot of people that were crazy about Matt Ryan out there. And Sam Bradford, people had questions — shoot, honestly, at this time last year there were teams who didn’t know whether to take Bradford or Jimmy Claussen. So when you go in at this time of the year, there’s questions about all these kids. Now, when they go into the league and they have a good year, then we can go ‘oh yeah, we always liked him.’ Well, that’s not the case. There’s a jump from college to pro that’s so hard to project on pretty much every position, but quarterback especially. So the quarterback position is more of a ‘risk’ than any other position on the board because there’s so many things involved in it. So we can go back and say ‘oh yeah, we knew Sam Bradford and Matt Ryan…’ But if you really go back in time and put yourself into that place where we are right now four weeks before the Draft, there wasn’t that certainty about those guys as well.”

Whether there’s people like Nolan Nawrocki whose opinons he weighs seriously throughout this process outside of folks inside his organization:

“I would hope that I have more access to people than Nolan Nawrocki. I would hope that I would talk to the people directly. I’m going to meet Cam Newton if we’re interested in him and spend time with him individually and talk to him directly. Again, who knows? It’s just like reading things in the newspaper — when there’s no last name attached, when you don’t know who’s saying what, I don’t know, it’s great for people to talk about, and it’s great for people to argue and disagree, and it’s great for the popularity of the Draft. But when you do what we do, you kind of want to go to the horse’s mouth and go to the people you’re dealing with. So that’s why we spend all this time traveling around, visiting schools, talking to coaches and people who have actually dealt with the kid, know the kid, have talked to the kid, have spent time with the kid. Those are the people you talk to.”

On all the varied opinions about which direction the Panthers are leading with their top pick in April’s draft:

“I can tell you right now we have not made a decision. Now, I think you always have an order in your mind and it can change. I think we’re constantly trying to….this is a critical decision, so you want to try to be open-minded and objective and really make sure you’re going down the right path. I do think this is a year you can probably have five or six different teams up there, and each one of them might have a different guy that they pick No. 1. Selecting a good player at No. 1 — I hope we could do that. The thing that you’re dealing with at 1 is it’s the player that will have the most impact on your organization; you don’t want to be up here all the time. And you want to get the player that has the most impact on your organization. So where does that leave you? Well to start, you have to look at the quarterbacks and see if there’s an elite guy up there. All you have to do is look at the draft order — teams at the bottom have elite quarterbacks. Teams up top, don’t. I mean, it’s real simple; it’s not hard. So you have to look at those  first, and if you don’t and you get through that and there’s not an elite quarterback, then I think you go to the position that you think has the most impact on your football team after that.”

If he’s heard anything about a rookie wage scale being negotiated in the ongoing CBA talks, and how that may or may not affect the team’s thinking in terms of trying to trade out of the No. 1 pick:
“First of all, we do not know anything, there is no information about that at all. The only way I can answer that is there hasn’t been a lot of action in the past up there, and I’m assuming a lot of it is because of the pay part of it. When we had the second pick — I’ve said this to you several times — in ’02, the phone didn’t ring before we took Julius [Peppers]. So I don’t know. But no, we don’t have any information on that.”

Would the team consider drafting Newton to help create a buzz around the team and improve ticket sales:

“No, because you know what? If you make the right decisions to have a consistently winning football team, that addresses that area. And I think that’s one thing that we talk about all the time is trying to get to where we have back-to-back winning seasons, and string some winning seasons and playoff appearances together. And that’s the number one goal right now, and every decision is made with that in mind.”