In Linda Cohn’s first quote that we’ve transcribed below, SRI initially put the word “slime” in by mistake where it should have said “time”.  That obviously changes the tone contextually of her remark.  I know a few websites linked to the story and we here at SRI are very apologetic for errors. Tony, Tony, Tony. You should know better my man. Tony Kornheiser, most famous for his role on ESPN’s Pardon The Interruption, was suspended for comments made last week about female sportscaster Hannah Storm’s recent outfit selection. Kornheiser said this of Storm’s attire: “She’s got on red go-go boots and a Catholic-school plaid skirt,” he said. “Way too short for somebody in her 40s.” That will get you suspended if not fired from your job these days. That’s exactly what happened to Kornheiser, who was suspended by the World Wide Leader for two weeks from his usual PTI appearance. I’ll refrain from adding much to the conversation other than saying nothing ceases to amaze me anymore – both in terms of the lack of judgment shown by people and just how sensitive our society seems to have gotten. If you’re itching to read more about the situation, I’ll direct you to The Big Lead, which has been on top of this story since it surfaced not long ago. Here though we take a listen to one of ESPN’s leading female presences since the network’s inception – Linda Cohn. Cohn joined Mayhen in the AM on 790 The Zone in Atlanta to talk about the Tony Kornheiser suspension, the culture at ESPN and how it has or hasn’t differed since the early days of the network, how Kornheiser is actually quite notorious for his snide quips on his radio program and on PTI, and on Erin Andrews and how she’s been cast as everything but a sportscaster in recent years. 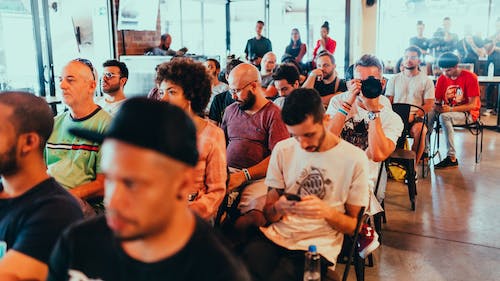 On if Kornheiser’s incident and the slew of others in recent years would have materialized prior to the days of sports gossip sites like SportsByBrooks, Deadspin, et al:

“Well in Tony’s case he said it on his own radio program, so you can’t blame the internet or bloggers or anything like that for what Tony did, which was wrong.” “I’m glad you brought it up – about that time – there was an incident that happened to me that was kind of brushed under the rug for something that was said by someone that I worked with. And if there was internet maybe 7 or 8 years ago, it would have maybe been a bigger deal. So I totally get what you are saying. The other thing is the wardrobe thing which I can speak to. I wrote about it in my book Cohn Head. This was about 6 years ago or something like that. I wore something on the air, I didn’t think it was a big deal. I wore black boots on the air, they were black. I wore a skirt that wasn’t flat, but apparently it was a little too short, and I wore a turtle neck top. And it would have been a fine outfit anywhere else, but my boss called me into his office and said it’s a little too distracting; lose the boots. And that was handled with me, whether I liked it or not, it was handled in the right way by a boss calling me into his office.“

On how the embattled Kornheiser has been known to say a controversial thing or two across the various mediums that he’s a prominent fixture on:

“I will say this – Tony is a very talented man in what he does. But anyone who listens to his radio show locally or watches PTI, he says a lot of things that he gets away with and you just have to listen for it.”

On how Kornheiser is frequently ‘edgy’ with his commentary:

“There’s a difference between edgy and hurtful.”

On Erin Andrews and how she’s been appreciated for everything but her talent as a sideline reporter and sports enthusiast:

“The whole Erin Andrews thing, that was so unfortunate. What it did do was at least brought to national scope what kind of leeches are out there when you’re doing sideline reporting. As for the bigger scope that they’re just young and beautiful the sideline reporters that are hired over the years, like anything in any business…now, let me just say this – Erin Andrews is more than just a beautiful woman. She’s really good at what she does. I saw her from the beginning and I watched her grow, and I think she’s reached a point now where she’s sensational. And she’s really one of the best out there at sideline. That’s something for me – I always like being inside, in the studio and such, just because I love reacting and talking about sports. Getting back to your bigger question, I think like anything in any occupation, any field, people go through a run of sorts and say hey this is a good idea. Look at your national T.V. networks, different things and different trends – they all copy it. That I think is what was happening on the strength of seeing Erin Andrews, and now these other networks are realizing, wait a minute, there has to be more than that. So I think you’re going to see that filtered out and young women that happen to be beautiful shouldn’t be punished that they look so good doing what they’re doing. But on the other hand, they’re are a lot of experienced people that are older that are good at what they do.”