After being a chic playoff pick for several years with a core that included Kurt Warner, Anquan Boldin, Larry Fitzgerald, Antrel Rolle and Karlos Dansby, Arizona broke through with a Super Bowl season two years ago. The Cardinals played well enough to make the post-season and advance past the Packers in one of the most entertaining first round playoff games in NFL history. While many fans have jumped on the Cardinals’ bandwagon in the last two years, many players have jumped off it. Of that core, only Fitzgerald remains. Despite his lofty price tag that may partially be to blame, Fitzgerald has done what he can to accommodate the team by restructuring his contract to free up salary space. It’s still not enough as the team traded Boldin and let Rolle and Dansby go. Hall of famer-to-be Kurt Warner retired to leave Fitzgerald and head coach Ken Whisenhunt to pick up the pieces and find a way to stay in playoff contention. It’s a winnable division without any proven quarterbacks, but is Fitzgerald enough?
Larry Fitzgerald joined Colin Cowherd on ESPN Radioto discuss Matt Leinart, life without Anquan Boldin, Tiger Woods and golf. 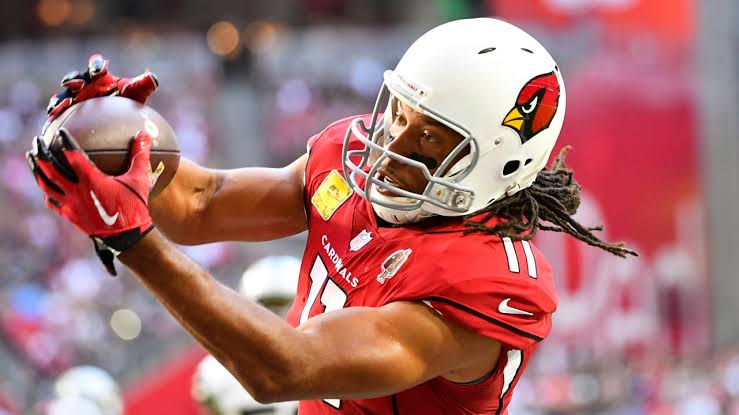 On if he has any doubts about Matt Leinart:

“No, I don’t have any doubts. Matt’s with us. He’s working out. I know Derek’s a heck of a quarterback and I know it’s going to be a competition. Matt has some advantages. He’s been in this system three years, going on four years now, so he knows everything that’s going on. He knows the checks. He knows the system. That puts you a little bit ahead – especially at that position.”

On how he expects teams to play against him without Anquan Boldin:

“That’s still to be seen. I look forward to the challenge, whatever it may present. Losing the guys we lost – Kurt and ‘Q’ and Dansby and Rolle – it’s going to definitely change the dimension of our team, but I am confident that we have guys who are going to step up and fulfill those roles.”

On if he is interested in watching Tiger Woods: (interview was on Friday)

“Absolutely. To be honest, I haven’t watched any golf since he took his leave of absence, but I will be tuned in today, just like I was yesterday. To be honest, being an athlete, I try to detach myself from the athlete on a personal level. I just admire their physical gifts as an athlete. I could really care less what he does in his personal life, but I enjoy watching him play Thursday through Sundays.”