From Lance Armstrong was one of the most recognizable sports figures in the world and accomplished a feat that will never again be duplicated. Winning seven straight Tour de France titles before retiring and overcoming cancer to do it was simply remarkable.With that kind of feat comes some skepticism. Since he retired, Armstrong has been accused numerous times of taking steroids in a dirty sport with a lot of cyclists testing positive. In his defense, Armstrong has been asked repeatedly about his possible steroid use and has always responded the same way. On top of that, he has also passed a number of tests over the last years and I have yet to hear about him failing a drug test the way that two of his accusers have.The latest report came from Tyler Hamilton. Hamilton is a former teammate of Armstrong who was forced to retire after failing multiple doping tests. He went on “60 Minutes” and said that Armstrong promoted, encouraged, and participated in doping in preparation for the Tour de France in.Mark Fabiani joined The Dan Patrick Show to talk about why Lance Armstrong needs representation, whether or not he thinks Tyler Hamilton is credible, if he has ever asked Lance Armstrong about using steroids, and how much he thinks the 60 Minutes interview will help Tyler Hamilton sell books. 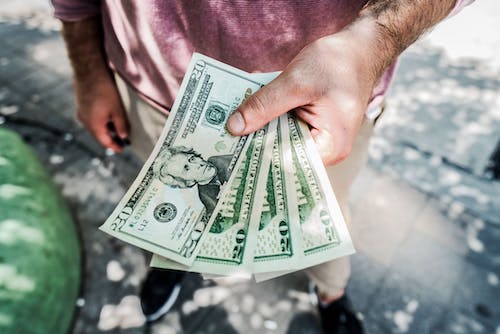 On why Lance Armstrong needs representation:

“Because there is an investigation going on that was started by Floyd Landis who’s got to be one of the most discredited people out there and for some reason the Federal Government is deciding to spend money on this investigation even though now they have their main witness trying to sell books by going on television which is a fiasco for any investigation. Nonetheless, because of the investigation, Lance needs people to help him out and that’s what I’m doing.”

On the idea that Tyler Hamilton is credible and has specifics about this:

“You’ve got to look at a couple of things. First of all, he is a confessed liar. For years and years and years he maintained that he did not dope in any way shape or form. Second of all, he is now trying to sell a book and he has scammed Minutes.’ Somebody on Facebook called him Tyler  That’s a good name because he went on Minutes’ in order to try and get a publisher these were his allegations then why all these years, he was talking about later, he’s finally making these allegations? Or is it because he is trying to sell his book or is it because he is trying to save his Olympic gold medal with a backroom deal with US Authorities? We’re going to find out all these things in the next couple of days and I don’t think the answers are going to be very good for Minutes, for Scott Pelley, and anyone else who thinks Tyler Hamilton is a credible witness.”

Why this is any different than the Jose Canseco situation:

Whether or not he has ever asked Lance Armstrong if he cheated or used:

“Absolutely and he has been very clear on that publically. He said it over and over and over again over the years and that’s why this is so frustrating. To have people coming out of the woodwork, confessed liars, trying to sell books, going on TV and making allegations on TV that there is no way to disprove, he was saying he was there, he’s saying he saw something, well why hasn’t he talked about this for 12 or 13 years? Why is he only talking about it now? Is it because he is trying to sell a book? Is it because he is trying to save his Olympic gold medal with an underhanded deal with US authorities? You’ve got to look at the motivations of these people. That was what was sodisappointing about ‘60 Minutes.’ I’m a big fan of the show but I’ve got to tell you the last couple of weeks were very discouraging. They promised Lance that they would tell us who they had on camera in order for us to prepare to have Lance interviewed by ‘60 Minutes.’ Lance wanted to go on ‘60 Minutes’ and they promised repeatedly ‘we will tell you who we have on camera so that you can prepare to rebut what they say.’ Then last Monday they reneged on their promise and said we’re not going to tell you and it was very disappointing.”

On how much Hamilton’s book will actually boost in sales because of this:

“I would think very little but that doesn’t mean he’s not trying to do it. It’s an open secret around the cycling world that he’s been trying to sell a book for the last several months. What he gets out of the book I don’t know? I would think publishers are smarter than maybe the ‘60 Minutes’ producers are when they look into his background. He has lied about whether he has a college degree for example. He’s lied for years about his doping. He raised money from his friends trying to support him when he was found positive with his testing. This is not someone who is believable. We have a website up for anyone who is interested, facts4Lance dot com. You will get a lot of information on there on Tyler Hamilton’s history of lying as well as the fact that he is out there trying to make money on this. This is trash for cash from a washed up cyclist.”

Whether or not Lance Armstrong will ever admit to using steroids:

“I can’t see into the future but I cannot imagine him doing that. He has said it over and over again. I have staked out my position on this, I have told the truth, there is nothing else I can say, and my position will never change. He said that yesterday to Howie Kurtz of the Daily Beast and I can’t imagine that position ever changing and he’s got the test results to back it up. He’s got almost 500 tests over 20 years and never failed a single one.”