PITTSBURGH, PA - DECEMBER 24: Wide reciever Mike Wallace #17 of the Pittsburgh Steelers catches a pass during the game against the St. Louis Rams at Heinz Field on December 24, 2011 in Pittsburgh, Pennsylvania. (Photo by Karl Walter/Getty Images)

After a troubling start to the season, the Los Angeles Lakers have picked up their play recently and it appears they are getting it together just in time. It looks like Kobe Bryant has come to save the season once again. He is going to will this team to the playoffs and it’s quite a feat given the way they looked just prior to the All-Star break. Bryant has even adopted a new nickname to coincide with his resurgent play. He now calls himself “Vino,” because he ages like fine wine. It’s fitting. Since the calendar flipped to March, Bryant has picked up his game. Vino is averaging nearly 30 points per game in the last six contests to go along with nearly eight assists and six boards. Los Angeles is still flawed and they are fighting to hold off Utah for the final playoff spot in the Western Conference. It’s not at all what they expected when the season started; however, with Kobe Bryant playing the way he has played this season, they aren’t a team that anyone out West wants to see in the first round, if they get there. Kobe Bryant joined The Dan Patrick Show to talk about what he thought about DeAndre Jordan’s dunk on Brandon Knight, how this season compares to his best season in the NBA previously, whether the issues with the Lakers have been on the court or off this season, if he feels like he is closer to retirement or further away from it after this season and what role he will play in Dwight Howard’s future with the Lakers. 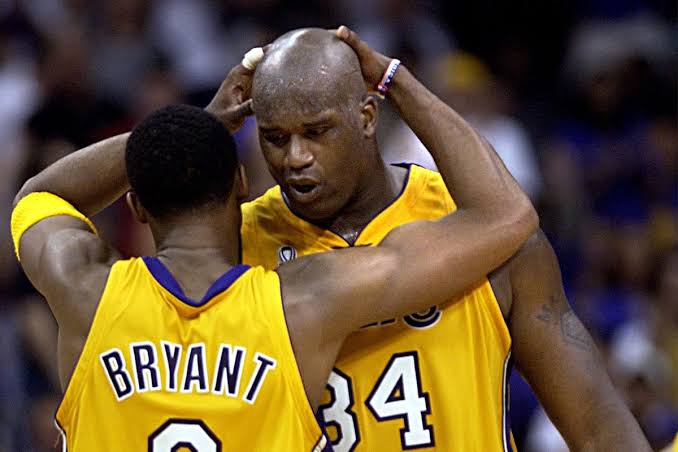 What did you think of DeAndre Jordan’s dunk on Brandon Knight?

“He just pulverized poor Brandon Knight. That was tough. That was tough to watch. (Host: Have you even been posterized like that?) I’ve been posterized, but that was something different. It was like the scene in Final Destination when the guy steps off the curb and then all of a sudden the bus just shows up. That’s what it kind of reminded me of. Believe it or not, Adonal Foyle got me a few years ago. It was like one of those sneaky, sneaky dunk-ons.”

How does this season compare to your previous best season in the NBA:

“This is different because we have had so many tough patches in the season, to say the least, so many lows that it’s really been about trying to keep the group together and keep focused — try to keep positive, but still maintain a sense of urgency. So the season has really been about striking a balance from a leadership standpoint and how do we get out of this fog?”

Whether the issues have been on the court or off:

“No, it’s all been on the court. Off the court we really haven’t had any issues, not considering the stuff that has been played out in the media. I consider that all on-the-court stuff still because it all relates to the game. Everything has been about the game of basketball — how to be productive, how to play better together and all this other stuff. From that standpoint it has been all on court.”

Whether this season has pushed him closer to retirement or further away from it:

“Well, closer, because it means I’m just one year closer to the end. (Host: Well not the way you’re playing.) Well, yeah but the end of that cliff comes really, really quickly and that’s why I’m so obsessed with trying to take care of my body and eat the right things as much as possible, because you know how careers end. Most of the time it’s a pulled hamstring here that never really recovers or it’s an ankle sprain here that never really recovers. Then all of a sudden you’re stuck in the mud for the rest of your career. Then it’s a downward spiral from there, and I’m trying to avoid that.”

Have LeBron James and Kevin Durant been more valuable to their teams than you have been to the Lakers?

“It depends how you measure it. Since I have been in the league, I have seen MVPs be measured with completely different standards, expectations, definitions of what an MVP is. I mean, what they’re asked of for their ball clubs is different than what I’m asked to do, so it all really depends how you look at it.”

What role will you play in Dwight’s future if it’s going to be with the Lakers?

“Really, my job is just for him to see the value that I can bring to his career in terms of helping him with his preparation and him seeing the type of focus and dedication to the game that is required to win championships. If I can impart that on him I think he will see the value in that. (Host: But you want him to stay?) Well yeah, but it’s his decision. The one thing about free agency, you can’t go to a guy and beg a guy to come. It’s his decision. He has to make his choice and you have to be able to step back and allow him to evaluate things for what they are, and you want them to make the decision and you want them to want to stay. If that’s the case then I’m sure he will continue to have a great career.”