For those that are still paying attention and still care, the NHL will be back in a matter of days. Beyond the 11th hour, the league and its players came to an agreement on a new 10-year collective bargaining agreement last week, granting hockey fans a 48-game schedule and a full playoff slate before summer arrives. Of course, none of that makes commissioner Gary Bettman any less of a villain in the eyes of the fans. Gary Bettman joined Boomer and Carton on WFAN in New York to discuss the end of the lockout, the time it took to come to an agreement, the sticking points, the shortened season, the difficult task of trying to win back fans and the league’s relationship with the NHLPA. 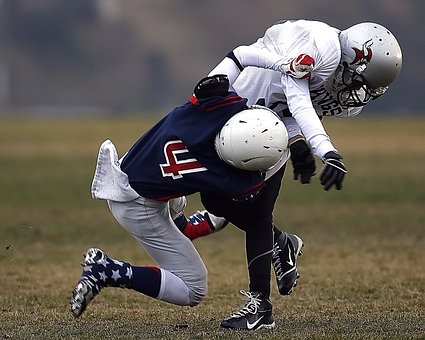 On it taking so long to get a deal done to save the season:

“Believe me, I wish that we could have done this any way differently than we did, but the fact of the matter is we’ve gotta look forward. I’m not making any excuses. Nobody in terms of either the league or the players or the clubs wants to play the part of being the victim here. But we needed a new deal, and sometimes in collective bargaining — and you went through this when you were a player in the NFL — it’s not so easy. The NBA, in the last year and a half, had a lockout. The NFL had one. These are not easy things to do in sports, and frankly, in the final analysis, I know there are no excuses, because when you’re a passionate fan of the game, you don’t care. You just want the game. And I understand that and I wish we didn’t have to go through it. I’m really sorry we did, but we’ve gotta look forward and turn the page. The future of the game is what matters and what’s important.”

On the difficulties of coming to an agreement:

“I know it’s easy to think that if somebody did something differently this would have been quicker. Or the favorite is, just lock yourself in a room and don’t feed anybody and cut off the air conditioning or the heat and it’ll make them crack. You know, it’s more difficult than that to make a complicated collective bargaining agreement. And this got done when it could get done. And I’m sure both sides would have hoped it could have been done sooner, and it’s unfortunate — it’s terrible that it wasn’t. But we’ve gotta look forward now and turn the page.”

On the report that he suggested in a meeting that the general managers wanted this in order to get rid of big contracts:

“Wasn’t true at all. Never happened.”

On the sticking points that kept them from making it happen until now:

“We wanted to be in a position where we had an economic breakdown similar to what was negotiated recently in football and basketball, mainly the 50-50 partnership. But there are a whole host of issues that had to be addressed, including some of the way contracts had been structured to try and circumvent the salary cap, which goes to the competitive balance that we believe we need going forward to keep the game healthy. Moving forward, the players were committed to getting a new pension plan, which was something we understood and we were able to ultimately do. But when you’re in a collective bargaining situation, there are no simple answers. There’s no silver bullet. And unfortunately, sometimes these things take time, as much as everybody hates going through it.”

On if he’s concerned about the risks that come from a packed schedule with more games in less time:

On why they won’t make the NHL Center Ice free for the abbreviated season:

“That’s a good thought, except we have partners in that business. So we don’t have the luxury of just giving it away because we’re not the distributors of it. … What we’re trying to do is get it to a place where we think it’s certainly a very good offer but it’s something that the business partners, who are in that business with lots and lots of product, can live with.”

On struggling to build a relationship with the union because it keeps changing leaders:

“There have been multiple work stoppages in other sports. I think baseball had eight in a row at one point. Part of it is about building a relationship with the union, and we’ve had five different executive directors in the last eight years. Now, this isn’t woe is me; this isn’t an excuse. I’m not gonna do that, but we have things that we have to do to move forward as a game, and I think one of the benefits that came out of what we went through is the union is stronger than it’s ever been. We have a player-owner committee that we’re creating to make sure that we get our collective bargaining, our labor relations, our player management issues in the best possible place moving forward. Because when you go through something like this, it’s symptomatic of a whole host of things. You just can’t point to one thing or even one person to say that’s what the problem is.”

On if he’s concerned that they’ve lost fringe fans: