Kevin Mawae: “We Truly Believe They are Going To Take Us into a Lockout”

Kevin Mawae is entering his 16th season. During his long career, he has started 232 games and been named to the Pro Bowl eight times. His biggest impact on the game as a player may still be to come. Mawae was appointed president of the NFL Players Association  and still leads the organization with its director DeMaurice Smith.Mawae has always been outspoken and often controversial. Since the owners have opted out of the collective bargaining agreement and the season will be played without a salary cap, the role of the NFLPA to the future of the country’s most popular sport is as crucial as ever. Mawae and Smith are doing all that they can to galvanize the union and make it as strong as ever while the owners test that strength. At this point, everything is leading toward a  season (fiscal year at least – beginning ) that is in jeopardy.Kevin Mawae joined Waddle and Silvy on ESPN Radio Chicago to discuss the likelihood of football what the two sides are discussing, and teams pinching pennies this season. 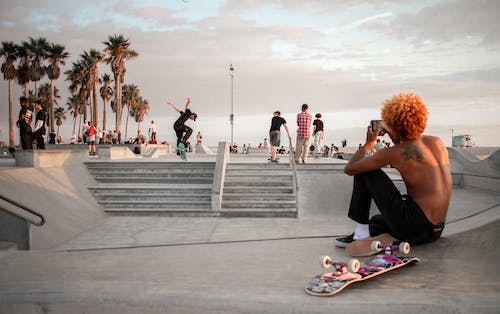 On the likelihood of an NFL season

“I wish I can say that with all confidence, but I’m a little more confident now that we need to prepare for a work stoppage – not that that’s what we want. We’re trying to avoid that at all costs, but it would be foolish for us not to make sure our players are prepared for the worst case scenario… I can’t put a percentage on it.  I can tell you that I’m 100% sure that our guys are prepared if that does take place.  Obviously a lot of things can happen, there is a lot of time between now and the season and not the fiscal year, but the actual kickoff year in.  So anything can get done. But again, as a player rep for the players, we are cautioning our guys for the worst case scenario. Keep in mind that we want to be playing football and our fans want that, so we’re gonna do everything we can to make that happen.”

On what the two sides are arguing about:

There has been a lot said in the newspapers about what’s actually been talked about and what management is saying this and the PA said that.  The reality of it is, when we sat down across the table, we brought the proposals on rookie weight salary structures, on the field conditions, off-season rules and stuff like that. It all boils down to we don’t believe that we’re making enough money and we want the players to get 18 percent back.  And no matter what management says, I’ve sat in those rooms and that’s always been the bottom line. Unless we get 18 percent, then we can’t get a deal done. Now in all that conversation there’s been other things talked about, there’s been non-core issues that we’ve agreed to some things on.  But it boils down to a business that is averaging $31 million per ball club. Nobody has lost money. They’re not losing money and they’re not going to lose money. And their asking their employees to take an 18 percent pay cut whether it comes off the salary cap or future percentages or things like that its still 18 percent.  We offer a deal where we look at all the money, but, as it stands right now, a billion dollars gets taken off the top before we figure in the split between management and ownership. That was done in the agreement to give costs credits to the stadium building construction and things like that.  But we’re trying to get the management to understand that we want to talk about in all dollars and not just total football revenue minus billion dollars they already get in football concessions.”

On if there is a sense of urgency for everyone to get this done:

“There is always urgency for us.  We’ve been to the table 13 times and we’ve offered to get a deal done.  We’ve offered to restructure the rookie salary situation this year to keep the CBA in place for the next two years so we can work on a better agreement and that proposal got turned down by management.  So we’re trying to get something done. We want to get something done. Obviously two weeks ago we were at our union meetings. Owners are at their meetings right now so there is not going to be a lot happening in the next week or so. But anytime they want to come to the table we’ll be there ready to discuss and try to get something done.  Fans have got to understand that the players want to play. We want to go to work. We have a job that we love to do. We want to be on the field. We are not driving the situation. Management opted out on the CBA two years ago.”

And on smaller market teams cutting payroll without a salary cap:

“It’s not surprising. I think every team has come out and said either: A) We’re going to come out and operate under our own confined restrictions, or B) I think one team has said it’s going to operate under normal circumstances as it has been. But it’s an opportune time for teams to slash high salary guys, to get rid of older guys in the locker room or for them to slash a few bucks. I think this has been the slowest free agent period ever since I’ve been in the NFL. With the exception of Julius Peppers and a few other guys, there hasn’t been a lot of blockbuster deals because teams are pinching pennies and it just points to the fact that they’re trying to save money because we truly believe they are going to take us into a lockout situation.”