Kevin Kolb hasn’t looked particularly strong out in the desert throwing five touchdowns and six interceptions in his first five games. The Arizona Cardinals are 1-4 and are coming off a bye week where they had to do a ton of soul searching. After losing, 34-10, against a previously winless Minnesota Vikings team the Cards were left wondering who was accountable for this whole mess?Now Kevin Kolb can do all the talking that he wants about change, but the fact of that matter is that when the whistle blows this Sunday the Pittsburgh Steelers are coming into town to finish off their season. It is now or never for the Cards to turn things around and they will face a big challenge against a Steelers team riding a two-game winning streak.Kevin Kolb joined XTRA 910 in Phoenix with Bickley and MJ to discuss the emotional state of the Arizona Cardinals, the coaching staff being at the players meeting during the bye week, an accountability issue in the Cardinals locker room, evaluating his own development at this point of the season and why it took so long for the Cardinals to realize that the team wasn’t getting the job done. 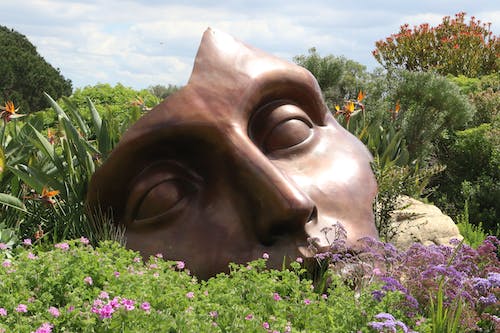 Can you explain to the fans the emotional state of this Arizona Cardinals team right now?

“I think the big thing we all wanted to do was and the leaders especially wanted to do was everyone being held accountable. That’s how you win football games. It’s not about a coach breathing down your neck. It’s part of being a professional. Yes, you have to be able to handle the little details that you know makes you a better football player without someone there telling you to do it. That is kind of what it was all about. The finger wasn’t pointed, but it was just saying hey look it is pretty obvious where the mistakes are coming from. We are all making mistakes. Put your ego at the door. Think team first and let’s think of this as an 11 week season. Put the crap that happened over the past 5 weeks behind us and let’s move forward and get it changed around because again as hard as it is on you guys and on the fans you can imagine how hard it is in that locker room when you know you have the talent to go in there and win.”

Your thoughts on the coaches being in the players meeting and guys saying what they felt?

“Our coaching staff is the most open I have ever been around. In my opinion it is great. It starts with Ken Whisenhunt. If you have something that is bothering you let it off your chest and he has an open door policy and that goes all the way down the staff. For us as players to be able to express our opinions in a professional manner. Just like they do to us. That is just a healthy relationship. I think that can only lead to good things down the road and that’s why they’ve had success in the past because of the way that Ken starts it off being an upstanding ego free guy. He’s not concerned about what is good about himself. He’s concerned about wins and making sure that us as players have the same values and the same concerns.”

Was accountability an issue in the locker room during these loses?

“I just think you have so many new faces and so many new guys there that there is just a lot of change. I think some people – look the finger points at me first – like I always say. That’s the way it goes. I just feel like we are figuring each other out and hey where can we expect things? Where can we not expect things? You know what I am talking about? As a team you learn yourself and you learn who to lean on in certain times and who not lean on and that’s fine. That’s how a team is supposed to work. That is a tough question. It’s just one of those deals where I don’t think the accountability…maybe accountability is not even the right word. Maybe it is just touching up the details. Just like any business does. When things aren’t right what do you go to do? You go in there and start fine tuning things. What did we look over in the first five weeks that we are not doing? That’s more of what it was about. It’s just saying alright look obviously what we are doing is not right. We are right there and we can’t finish a football game except for the one football game against Minnesota. What can we do when you walk into the door and look at yourself in the mirror and say okay what can I do? Forgot about placing the blame somewhere else. What can I do to make us get over that step in the last five minutes of the game or over the last two or three points or whatever it is that we would have won those football games for us.”

Evaluate your own development right now? Where are you in the whole process?

“I feel like I had my best two days of practice last week during the bye week. I feel like it sinks in more-and-more every day. Now my play assessment has to be indicative of that. I hate to have the turnovers that I’ve had. Misfortunes or not and some of them were bad luck. That’s part of the game and that can’t – look the ball is in my hands – regardless of what happens and I have to take care of the ball. I think the one thing we are all keying in on this week when we go back in and watch film. There may be two or three plays that we have to execute in order to win football games. I had a few of those along with the other guys. The biggest thing is pointing the finger at yourself and saying what can I do better to help us to win? There was plenty to point at my own jersey. I am doing my best to make sure that is getting taken care of and just trying do my own job and not worrying about everyone else and trying to do my own job.”

Why has it taken so long for guys to get on each other about doing your own jobs and realizing that the team just wasn’t getting it done? What is your assessment on that?

“That’s a good question. I think that first of all that happens in every locker room that I have ever been in. Every time you lose ball games things start to tighten up. That’s why we as players say man we just gotta keep winning because everybody likes a loose atmosphere while winning. That is when it is the most fun right? Ken Whisenhunt gave us enough…he treated us enough as professionals and enough as men to give us some leeway and say hey look like the first time it happened – forget the meeting thing. He expects the details to come from ourselves and that’s the way it is suppose to work. Now not everybody has that same personality. That same thought and so he was saying and all I was saying and everybody else is that hey look it shouldn’t be on the coaches to make us do these things. Now it’s going to be because we need that as a team and maybe getting our tails kicked in made us realize some of those things as individuals and as coaches and as an entire staff, so looking back we would like to address now that we lost four games in a row. That happens in a lot of locker rooms when a couple of losses pile up. I go back and think about my boys in Philly and I know how they are thinking the same thing we are thinking. I remember having the same conversations with Andy Reid in those locker rooms when we were two or three games and on a losing streak. That is what we did. Tighten up all the details and it’s nothing different than anyone else going through our situations and it’s just something that has to be done.”