Sacramento Mayor Kevin Johnson has been on a mission for a little while now. It’s clear he is going to do everything in his power to keep the Kings in Sacramento. Every time it looks like the Kings are going to move, Johnson increases his efforts and tries a new plan. The Maloofs already sold their majority interest in the team to a Seattle-based group headed by Chris Hansen and Steve Ballmer. However, the league’s other owners have to approve all sales and relocations. Not only has Johnson come up with a counter-bid that has put together a Kings ownership group, but the mayor also looks like he has gotten the city council to agree on a proposal for a new arena.

With these two things in place, the Kings could very well be staying in Sacramento. By the end of April, Johnson will know whether his hard work has paid off. Kevin Johnson joined The Dan Patrick Show to talk about where they stand when it comes to keeping the Kings in Sacramento, what percentage chance he puts on it, how important the Kings are to Sacramento and when he will find out for sure the decision.

Where they stand with keeping the Kings in Sacramento:

“I will tell you what, I’m excited. I think Sacramento, we’re going to pull it off. The Maloof family accepted an offer to sell the team to Seattle and the group up in Seattle signed it, but there was always an opportunity for a backup offer to be accepted. We’re all over it in Sacramento. We have an ownership group that is putting forward a counter offer that is competitive and very strong. We’re building a brand new arena. We just had a council vote last night to build a brand new arena downtown. Then thirdly, we believe very strongly in our market, the viability of strength of the Sacramento market. I think those are going to be the three criteria, and at the end of the day we will find a way to keep our team in Sacramento.”

On the percentage chance of the Kings staying in Sacramento:

How important the Kings are to Sacramento:

“I will tell you what, when you think about Sacramento, we’re the capital of California, the eighth-largest economy in the world, and we have only one professional sports team. It means the world to our community. The Sacramento Kings have been here since 1985 and we epitomize what a one-team market is all about. When you think about our fans, we have some of the best records of attendance in the history of the NBA. In terms of the last 28 seasons, we have sold out 19 times. We have two of the longest sellout streaks in the history of the NBA. We have a top-20 TV market.

When you think about that, the NBA owns 100 percent of the market share in Sacramento so we feel very, very strongly about our commitment in our market. More importantly, it’s about civic pride. They were looking to move, the Kings were looking to move to Anaheim, but our city stood up very strong. Our corporate community raised a significant amount of money, and right now in Sacramento we are doing a season ticket drive to let folks know that if we have new owners and a new building, our goal is to get 10,000 season ticket holders. We’re about 7,500 already so we feel very comfortable and confident about our market and this team and this love affair between a city in the NBA is something that is very strong.”

Who is more important in keeping the Kings in Sacramento? The commissioner or the fellow owners?

“I think the fellow owners. The commissioner would very much say that his job is to create options and lay out the facts for the owners. I think he will do that in a very effective way. The owners, it is up to them to protect their brand and the association of the NBA. Not one team or one city is more important than the NBA. I certainly know that first-hand. I think the owners frown upon moving a team from one city to another. They want to do everything that they can to preserve a team and a market.

It’s a death blow to the league and they don’t want to do that. Normally when you have a team leave from one city, it’s either a team is not being supported by the fans in the corporate community or they can’t build a building. That is why the team left Seattle; they weren’t getting the support they needed and they couldn’t build a building. That is not the case in Sacramento. Our fans are some of the best in the NBA bar none and we have two arena deals. We just had one approved two nights ago by council to make a $258 million investment in a brand new arena downtown and we had an arena deal approved a year ago. The two primary factors, we have addressed in Sacramento. It would be unprecedented for owners to say, ‘We’re going to pick up this team and move it to another city.’”

When they will find out about the Kings’ future in Sacramento:

“April 3 we get a chance to go out and make our case to the joint committee and the NBA, and they will make a final decision on April 18 or April 19.” 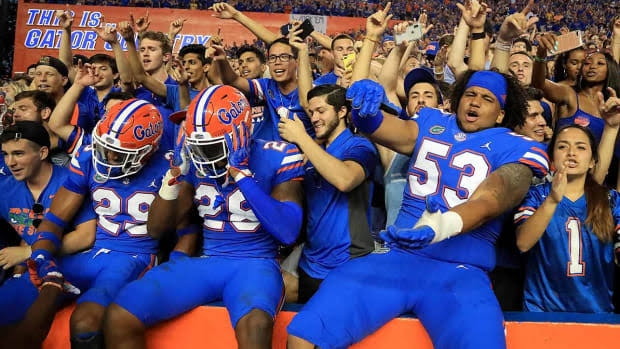