Ken Whisenhunt: “Obviously we’re disappointed we’re not continuing to play but I’m excited about the progress we made as a team when nobody thought we could do it.”

Back to back trips to the Super Bowl wasn’t in the cards for the Arizona Cardinals. Their run in came to an end last Saturday in the Superdome after New Orleans had finished giving them a thorough shellacking in all three phases of the game. Being that the Cardinals were defending NFC Champs this year, I imagine they perceive the ured away from Pittsburgh in  it’s hard to be anything short of impressed with the success he’s had in the desert with the previously moribund franchise. Now the question in Arizona turns to whether or not Kurt Warner will return to quarterback the team in Coach Whisenhunt joined KTAR in Phoenix with Doug and Wolf to talk about the end of the season, what’s in store for the Cards moving forward, and why he’s not going to pressure Kurt Warner as he makes his decision about whether or not to return to the Cardinals in 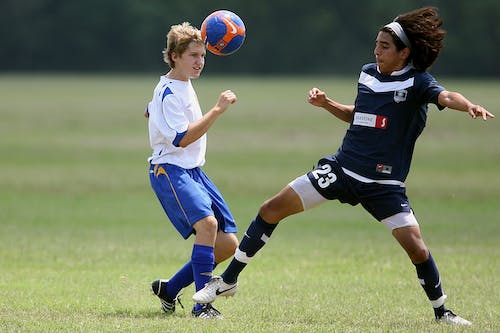 On the season as a whole for the Cardinals:

“I’m very pleased with what our team did this year. Obviously we’re disappointed we’re not continuing to play but I’m excited about the progress we made as a team when nobody thought we could do it. As history shows, it’s tough to get back to the playoffs after being in a Super Bowl, and for that I’m proud of our players and our fans – our fans were great to us this year too.”

On what he would pinpoint as the one or two main things that led to the demise of the Cards against the Saints:

“Well obviously I think the turnover hurt us – the second possession. You know we went 70 yards for a touchdown the first play; the second play we had a 30 yard gain, it could have easily broken out of there and gone much like the Super Bowl – it was the same kind of situation. It was a Cover 2, the safeties were playing outside; Jerheme (Urban) caught it and had a chance to split it and when the ball came out, that deflated us a little bit. And then the next critical thing was when we lost Antrel (Rolle) and when we lost Dominque (Rodgers-Cromartie). Now we’re really thin at numbers in the secondary, we’re having to play with guys and they exploited the match-ups. They attacked us and we couldn’t stop them; and that put a lot of pressure on us to try to get something going offensively and we continued to make mistakes, we had another turnover. I think at one point in the game, that long drive where we came down and scored and cut it one score – I thought okay, we’re back in it, we’ve got a chance. And then you know, they played well, you have to give them credit, they put points up, we made mistakes and it was just hard to get back in to it.”

On the play of the Cardinals defense this playoff – they gave up a record 90 points in just two games of action:

“It was ugly, it wasn’t very good. We’re certainly not happy that we gave up that many points in the playoffs. It’s disappointing and that’s one of the areas that we’re going to look as far as the off-season goes. I think as a body of work like I said – I know that’s kind of a cliche – but over the season we made improvements with our defense. We were much better with our red zone defense, we were much better on 3rd down; one of the areas we’ve really got to work on is our pass defense. When we’ve gone against the premier passing teams in the league like Green Bay, like New Orleans, even if you think back to Indianapolis – we didn’t do well enough, we didn’t do a good enough job. And I think it’s not so much about match-ups as it is how we’re playing our coverages and tightening those things up. So that’s an area we’ve really got to focus on improving and we’re certainly going to do that. Because if we can clean that up, I feel very good about where we are.”

On if he’ll be in conversations with Kurt about his decision and if there’s a deadline that he needs to know by for the well being of the organization:

“I don’t think there needs to be a deadline, but we all know what kind of person Kurt is, and we all know he’s very intelligent and grounded and he’ll go through this process. He’ll evaluate what’s best for him, for his family and he’ll make that decision. So I’m not really pressured or feel any sense of urgency to find out what his timeline is. We have a lot of things we have to do as an organization as far as evaluating our team, evaluating the college players that are coming out, getting ready for a number of things. And this period for the next couple of months – you don’t really know what’s going to happen. There’s going to be changes with our team, trying to prepare for those things. So you give him your space. Kurt and I will be in contact. I mean, that’s not going to be an issue, it’s just going to be you don’t want to push him, you don’t want to rush him. But once again, the type of guy that Kurt is, he’s not going to draw it out for a month, two months. He’ll make his decision and that’s what he’ll stick with.”

On if he has a gut feeling about whether or not Warner will return next year:

“I don’t. I saw the passion from Kurt, I saw him play at a high level this year. But I also saw a side of him that was tough – in Tennessee when he couldn’t play because he was feeling the effects of the concussion. And the times after the Monday night game against San Francisco where we had so many turnovers. You know, just frustration from that standpoint. I know that Kurt was very excited about a lot of the things we did offensively. I think he’s excited about the way some of our younger players have stepped up, the way our running game has improved. He knows we have a chance to be very good offensively as we go forward, and I think he knows our team has a chance to be very good. So all those factors you hope weigh in on the favor of coming back, but I think one of the things that you touched on with Kurt is, he still has a belief that he can play at this level in this league. And that’s what drives him. And I don’t know if it’s something he looks at long term. I’m sure it’s just one year at a time and that’s the way he’s taking it. He’s going to take it all in and make that decision. And once again, I feel very blessed that we as a football team that we’ve had the 2 1/2, almost 3 years that we’ve gotten out of Kurt. Because of the way he’s played, because nobody thought he could play at that level again. And certainly you hope that’d he’d come back for another one because we’re just so excited about where we’re going as a team.’