53 men on 32 NFL teams. Lots of candidates for the league’s best trash talker. Karlos Dandsby, linebacker for the Miami Dolphins, has to be on any short list though. The man can flat out talk. And his game backs up his big mouth for the most part. Dansby will have to be at his very best with his play and his chirping though in 2011 if the Fins are going to improve on their disappointing 7-9 season a year ago.Dansby joined 790 The Ticket in Miami with Jorge Sedano to talk about how the lockout helped the Dolphins heal up from the rash of injuries sustained last year, the Dolphins’ first preseason game (a win over the Falcons), how he and his teammates have reached out to support Brandon Marshall since admitting to the media that he has a personality disorder, how brave it was for Marshall to expose himself like that to fans, teammates and the media, how the whole locker room has Chad Henne’s back, what it’s like to play for linebackers coach Brian Cox, Cox’s intensity and frequent use of profanity, the loss of Channing Crowder, how he doesn’t think Crowder will retire because of his love for the game, and going up this coming week against fellow Auburn alum Cam Newton when Miami plays Carolina. 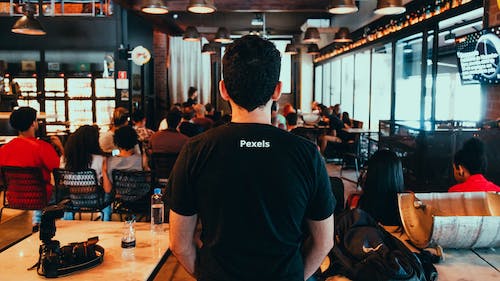 On how much the late start to the offseason either helped or hurt the Dolphins in terms of their first preseason performance:

“I don’t think it helped or hurt us at all. Health wise it helped us tremendously. We had a lot of injuries last year, so the lockout helped us heal a little bit. But we came into the first game just trying to fire on all cylinders and fly around and have some fun. And we definitely had some fun, and we won the game so that made it a little better.”

On how he and the rest of the team have reached out to support Brandon Marshall since his comments to the media:

“We just support him man any way we can. We just had to have his back in any situation, and motivate him and just let him know that we’ve got his back and love him. He’s a brother of ours, and for a brother to reach out to us, and not only us but to the nation, and let us know about his situation and what he’s been dealing with for the last four or five years as he’s been in this league, like I said, all we could do is reach out to him. In any way that he need us, we’ve just got to be there for him.”

On how brave it was for Marshall to expose himself like that:

How much support Chad Henne has in the Miami locker room:

“All our support. He has to have all our support. We have to rally behind him and let him know that we’ve got his back. He’s the leader of our team right now, and we’ve just got to support him and be there for him and let him know that he can just let it loose, we’ve got his back on our side of the ball. And like I said, I think everybody has his back. All he’s got to do is be consistent, be consistent and play your game and don’t try to force it, just let it come to you.”
On playing for linebackers coach Brian Cox and the former backer’s propensity to drop F-bombs in every few lines:
“Oh man, he’s an excellent coach. He’s definitely going to drop the F-bomb in a few sentences like you said; in a few words he’s going to drop the F-bomb on you and just get you motivated. I think he’s doing a great job with us right now. Between breaks and periods that we have on the field, he’s just working with us and working on our techniques just trying to get us better man and make us better linebackers.”

On the loss of Channing Crowder:

Does he really think Crowder will retire:

On going up against Cam Newton, a fellow Auburn alum:

“It’s just going to be a War Eagle that’s all. My hat goes off to that guy. Like I said, he did something amazing down there at Auburn. He’s a very talented player, and I know he’s got a very bright future in the NFL. So just to have an opportunity to play against him in the preseason and see where he stands and just measure up against him, and like I said, just to have an opportunity to try to pick off a pass or something would be huge.”