It doesn’t get any better than John Calipari vs. Rick Pitino in the Final Four. The Wildcats have done their part cruising through the South Bracket while the Cardinals battled through the West bracket fighting their way into the National Semifinals. The matchup puts two state rivals against each other for a right to the National Championship game in New Orleans, LA. Calipari has a young talented squad led by Anthony Davis and Michael Kidd-Gilchrist. Will the master recruiter finally win an NCAA title? The Wildcats must worry about the Cardinals first. John Calipari joined WFAN in New York with Mike Francesa to discuss keeping his team focused during the week of the Final Four, Terrence Jones getting the ball in crunch time, theWildcats roster being the best team he has ever coached, Anthony Davis/Michael Kidd-Gilchrist being great NBA players and Michael Kidd-Gilchrist being the leader of this Kentucky team. 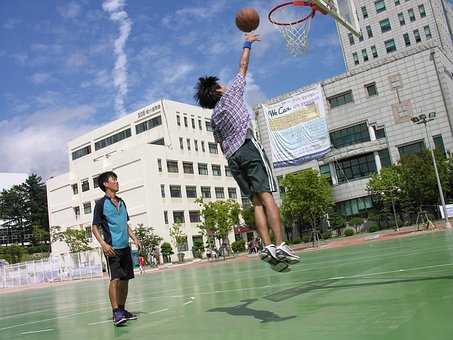 Can you keep the kids insulated during the week from Louisville-Kentucky in Kentucky?

“Well first of all let me tell you: None of these kids are from Kentucky. I got one Kentucky player on the team, so they don’t know. Some of them have been here six months. They have no idea about any of that stuff. I don’t think it’s an issue. Really at this time of the year if you win or lose, if the team is 10 miles from you or 1,000 miles you are going to feel the same way. If it’s a team in your league or rival or someone you’ve never seen before it’s going to feel the same way. My thing to them is we are just playing basketball. All the other stuff doesn’t mean anything.”

Why do you want the ball in Terrence Jones’s hand so much in the last minute of the game?

“Well what I told him today was if I am not comfortable with you shooting free throws and I am. I am. He has almost been 70% most of the year, which isn’t bad. If I am not comfortable you are not going to be on the floor, so you better be in there making free throws. What I did last night and in a couple of other games is you just take them off the floor, but he’s going to handle the ball because he is one of our best ball players. Hey look we are one of those teams that these guys like each other. They enjoy being around each other. They respect each other’s games. They want to keep the season going and we’ve got a job to do, which is keep them in a great frame of mind and I want people who watch this team play say, ‘Man do they compete. They play hard. Man they have fun. They share the ball. Look at this.’ That’s all I want people saying.”

Is this the best team you have ever had?

Five years from now who is better pro: Anthony Davis or Michael Kidd-Gilchrist?

“They are both going to be outstanding. You know what it is? I asked this to my team about 2-3 weeks ago. When you are not making baskets what do you do to help us win? When you are not making a shot what are you doing to help us win? Well his list is about nine things. [Francesa: Which player?] Michael Kidd-Gilchrist. The other kids probably seven or eight things. You ready for this: What position do you think Anthony Davis will play in the NBA? [Francesa: Either the 3 or the 4?] There you go. That’s what he is.”

Is Michael Kidd-Gilchrist the leader of the team?

“Yes because not verbally, but he does it by how he practices and how he talks to his teammates. He’s a giver. He’s truly a servant leader. He’s one of those guys that cares how everybody feels. He doesn’t want anyone down. You know what he did when we played Vanderbilt? About 40 minutes before the game he comes in my office and says, ‘Coach why don’t you start Darius Miller today.’ I go why? He said, ‘We need him in the NCAA tournament. I don’t know if he’s not feeling it, but I want to have him in there.’ Darius had scored no points the last two games and I said are you sure? He said, ‘Yeah. You do what you want to do, but I just think it would be a good idea.’ I started Darius that game. Darius took 15 shots. Now we lost the game and Michael got in foul trouble and only played 15 minutes, but look at Darius Miller from that point on. That was Michael Kidd-Gilchrist. That’s the kind of man he is.”