Is there any question who the NFL Coach of the Year is at this point? Perhaps you could argue Mike McCarthy for his, thus far, undefeated run in Green Bay. Or maybe Marvin Lewis for the job he’s done so far in Cincinnati. But, to me, the shoe-in is John Harbaugh in San Francisco. The 49ers went just 6-10 a year ago and hired former Stanford coach Jim Harbaugh to take over. He has groomed Alex Smith into a a decent NFL quarterback and the Niners clinched the NFC West on Sunday as they’re off to a 10-2 start. Jim Harbaugh joined KNBR in San Francisco with Murph and Mac to discuss clinching the NFC West, what it meant for his team, how he celebrates the victory, Candlestick Park, what the motivation is going forward, playing for hats and T-shirts, the progression of Alex Smith and why he doesn’t discuss injuries. 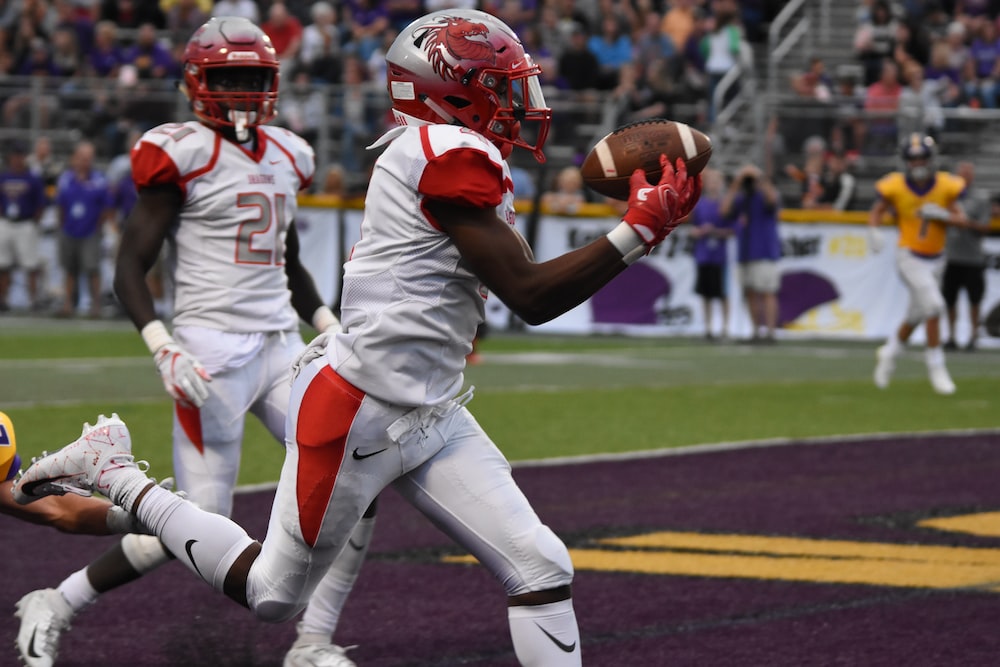 Has it sunk in that you’re in the playoffs?:

“Yes it has. Our guys are proud of that. I kind of made the analogy of graduating from high school or a degree that you can put up on the wall that has your name on it, says something really nice about you. You can put it in a frame, put it on your wall and then move on to the next step.”

Because you can always put more frames on your wall, right?:

“That’s right. We have four games left of this season and positioning ourselves, gaining momentum, improving as a team, all of those things will be critical for us.”

What do you do to celebrate a victory?:

“First, it’s the great thrill of winning. It’s the wonderful that you have, as a team, when you accomplish your goal. What you do, I mean, I think everybody’s a little different, but for me it’s going back in the locker room with the players and the coaches. Then we kind of sometimes go out in the parking lot and lately we’ve had some barbecue out there for players and coaches and families and spend time there. Then, my wife and I get in the car and go home and spend time with our girls, watch a little TV, maybe watch a game that night.”

How has Candlestick treated you in your first year?:

“I’ve personally really enjoyed it. You have a deep respect for stadiums like old Tiger Stadium, Fenway Park, Candlestick, Wrigley Field. I think it’s an advantage to have Candlestick.”

Is it the No. 1 seed that motivates this team now? Or at least the importance of maintaining the No. 2 seed?:

“Yes, that’s a significant difference. That’s a first-round bye and then the second round you’d be home. The first seed would be better, but the first and second seed are considerably better than the third. We’d like to have teams, as many as possible, come to San Francisco for the playoffs.”

On winning the NFC West and getting the hats and T-shirts that indicated it:

“Our guys talked about it all week. This was a hat and T-shirt game and everybody got one. They knew they’d get one if they won this game. I have it, yes, and I’ve worn it.”

Was Sunday the best game for Alex Smith?:

“He’s had some really good ones. I think it’s right up there. He was strong, stepping up in the pocket, making decisive decisions. He was accurate throwing the ball, a couple beautiful balls, especially to Michael [Crabtree] in the post. I’ve been around Alex quite a while now, and it looked that way and felt that way right from the pregame.”

Should we assume Patrick Willis is out?:

“I just don’t like to answer those questions and be asked those questions. I always want to tell the truth. I’d love it for other coaches to say who’s playing and who’s not playing. I prefer not to be asked that.”