College basketball is in full swing. The NCAA tournament is underway and numerous upsets have been the story of the tournament so far. There are no shortage of storylines when it comes to March Madness. Syracuse will be trying to continue that upset trend on Thursday night. The Orange squeezed their way into the Sweet Sixteen after hammering Montana and holding off California. This week they face the number one seed in the East region, Indiana. The Hoosiers have been one of the top teams in college basketball all season long and Syracuse will have its hands full try to keep their tournament run alive. Jim Boeheim joined ESPN Radio with Colin Cowherd to talk about whether he believes the Big Ten is the best conference in college basketball, if he thinks Ben Howland should have been fired at UCLA and whether the rumors of an NCAA investigation will affect the team. 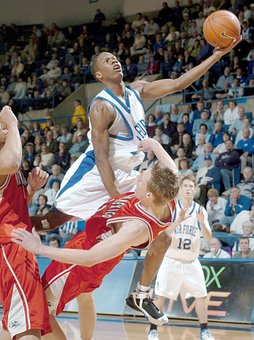 Whether he believes the Big Ten is the best conference in college basketball:

“I think it is. I think you have to give them credit for what they have done all year and in the tournament. You can’t go just by the tournament or just by what they did during the year, but based on both you have to give them all the credit in the world. They have tremendously talented teams and they are playing well at the right time of the year.”

If he thinks Ben Howland should have been dismissed:

“I don’t think so. Obviously I am a coach and when you win, you win your league, go to the Final Four three times in 10 years, but it’s UCLA. Their expectations are probably crazy. They think they should obviously be going to the Final Four or winning. Not just going but winning. Their standards are different than I think other places. I think Ben Howland is a great coach. He was a great coach at Pittsburgh and turned that program around. Had great success at UCLA and lost too many players to the NBA in a hurry and that hurt him. The other thing he got caught up a little bit in and people sometimes forget, California hasn’t produced as many great players lately and that is where they get their players. That’s another thing that has probably hurt them a little bit, but he is a tremendous coach and he will be a tremendous coach again some place else. He will win wherever he goes but some places, UCLA is one, the expectations are different and I think Ben Howland got caught in that situation.”

Do the rumors about an NCAA investigation affect your team?

“No. This came up last year at the same time and as programs you have discussions with the NCAA about different things over the years and that’s what this kind of relates back to. Our players are not involved in any of this. They’re focused on playing Indiana and I’m focused on playing Indiana and that’s all that is on our minds. That’s enough. Indiana is, I have thought from the beginning of the year, the best team in the country along with Louisville. Miami is not far behind when you look at what they have done this year. We knew our bracket once we saw it, once we got to Washington (D.C.), it would obviously be a high likelihood that Indiana or Miami would be there so we knew how difficult it would be. But we’re excited about it. We played better basketball the last few games in tournament time. Our defense has been good and our offense has been there sometimes. We need to play a lot better offensively to play against Indiana.”